Most folks would be eager for retirement after 50 years of work. Gaines Bowers says he’d stay another 50 years if he could.

After five decades traveling the world for Duke Energy as a construction and safety expert at nuclear plants, the 71-year-old Bowers is retiring as manager of projects implementation at McGuire Nuclear Station north of Charlotte, N.C. 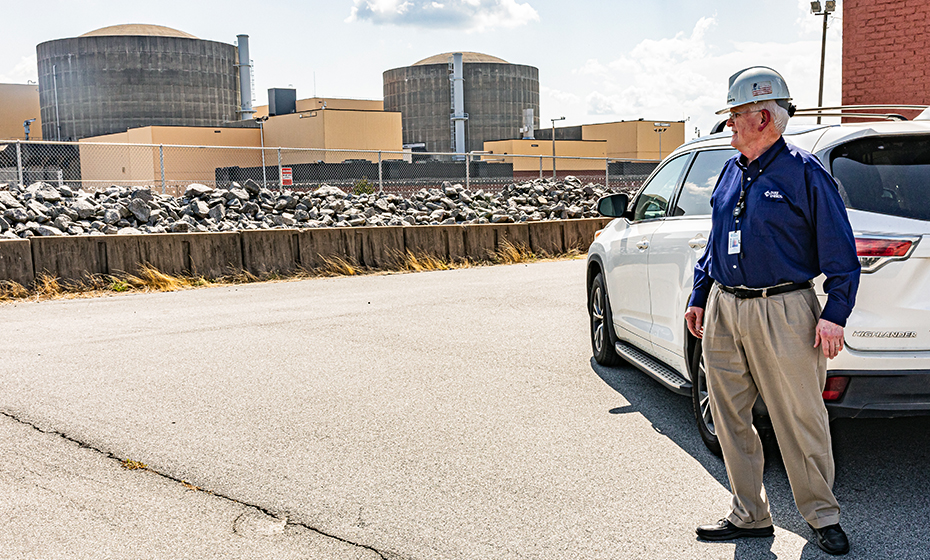 Bowers has been with the company since before the nuclear station began operating 40 years ago. Unit 1 began generating electricity in September 1981 and unit 2 came online in 1984. The six Duke Energy-operated nuclear plants account for about 50% of the company’s electricity generation in the Carolinas. McGuire generates 2,316 megawatts of carbon-free energy, enough to power 1.7 million homes.

“If the world were a perfect place and I could be 25 again and start this career all over, I would do it,” Bowers said. “I’ve loved my job.”

Duke Energy has always been a part of Bowers’ life. His grandfather sold part of the family farm to Duke Power for the eventual Oconee Nuclear Station in upstate South Carolina. 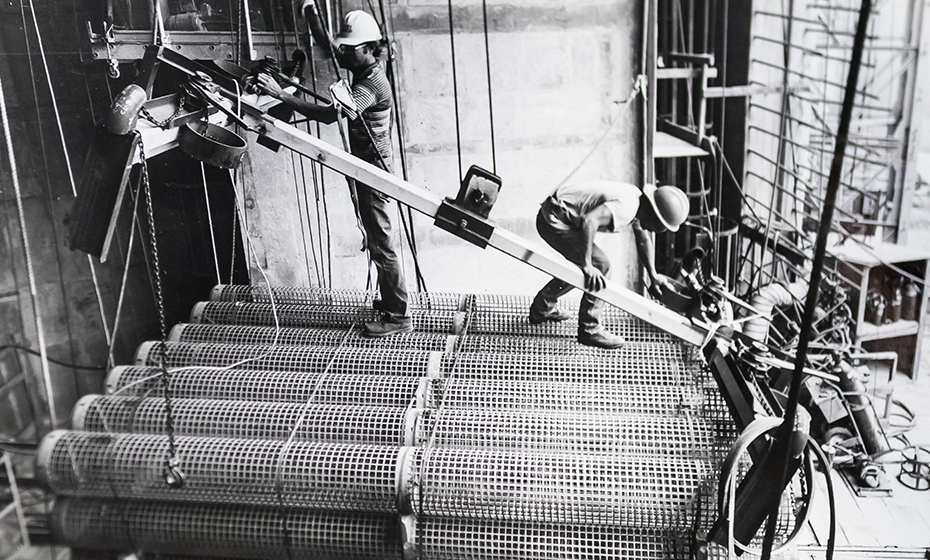 “It was not uncommon for myself and my friends and brothers to hike back through the woods and watch them work with the heavy equipment,” he said of Oconee’s construction days. One time, a security officer caught him and gave him an earful, but then a project engineer invited him for a behind-the-scenes tour.

“That episode,” Bowers said, “is the start of a story that’s lasted over 50 years.”

During his early years of college, Bowers worked summer and holiday breaks at Oconee to earn money for the next semester. He realized two things quickly: One, he really liked the hands-on work, and two, if he went full time, the company would eventually pay his way through college. 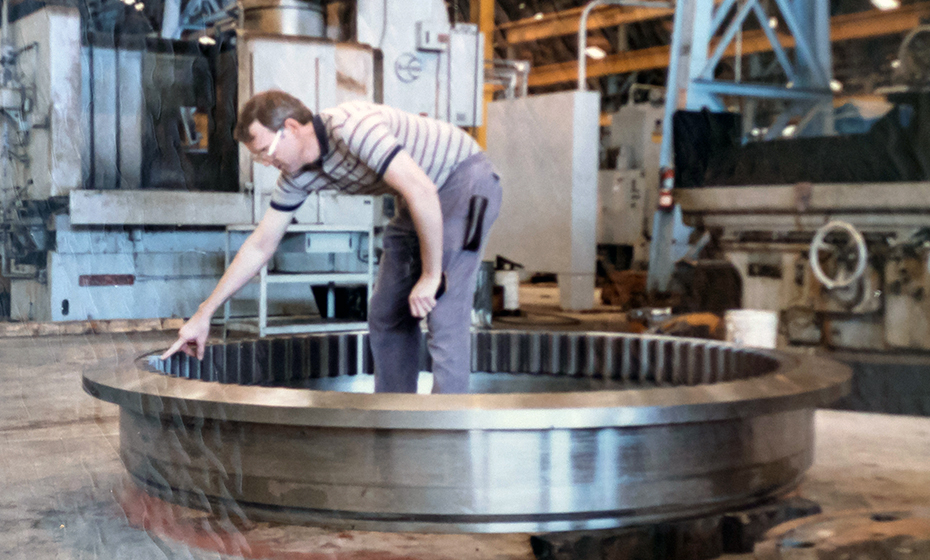 Gaines Bowers inspecting a gear in 1986.

Over the decades, Bowers spent time post-disaster at the Chernobyl nuclear plant in Ukraine to pull together a proposal for a long-term storage and disposal facility. He helped the Caterpillar company expand a diesel-powered plant in Nicaragua. In all, he’s traveled to at least 10 countries for Duke Energy.

Stateside, the adventures continued, including when Bowers helped employees navigate safely to McGuire after Hurricane Hugo in 1989 by removing fallen trees blocking the roads. He has played a role in the building of seven nuclear reactors.

“I love the craft and the people who get out here and weld and rig and operate the equipment, dig the ditches,” Bowers said. “The craftspeople are the absolute core of what has put Duke Energy on the map.” 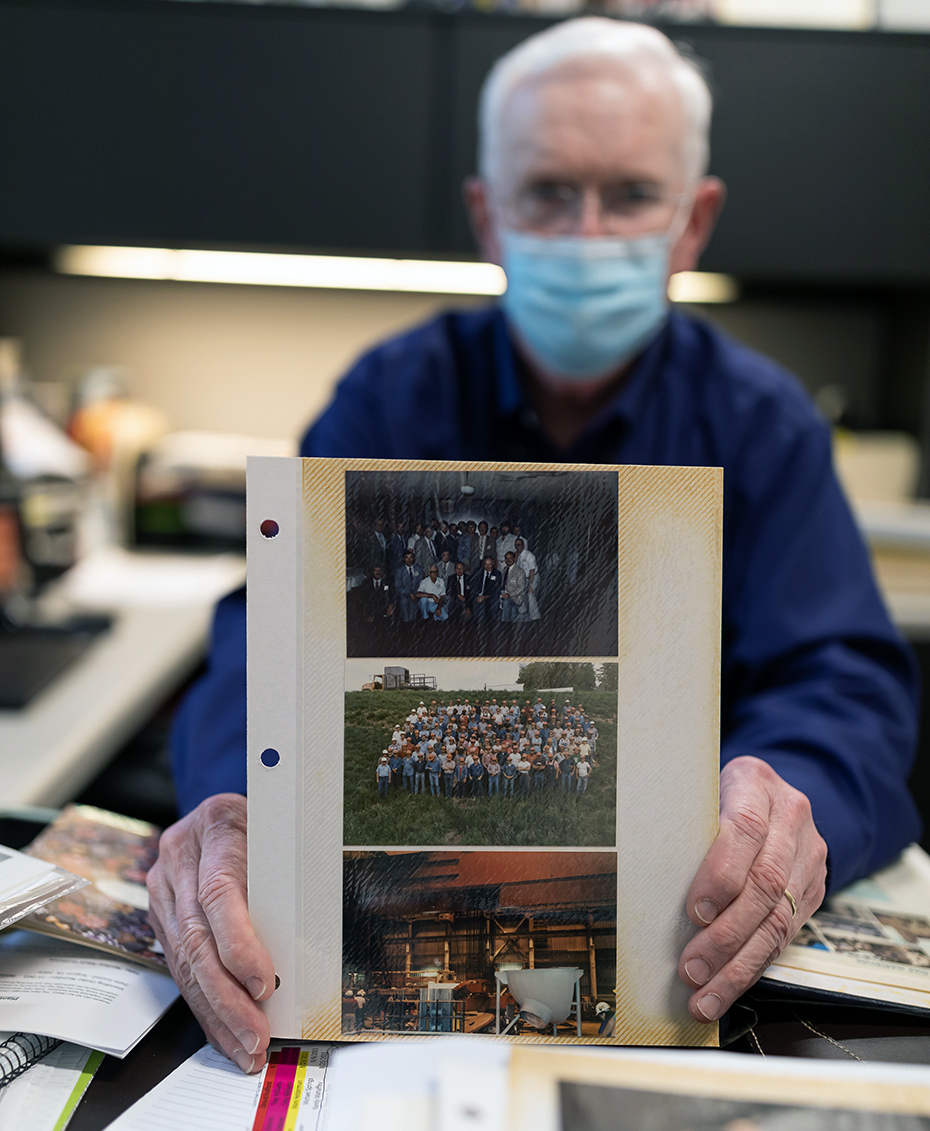 Gaines Bowers has documented his career in scrapbooks.

The company has changed significantly during his time. Safety is always the top priority, the company has grown and it’s more diverse.

“Whenever I want a speech made about safety, I ask Gaines,” said his supervisor, Anita High, senior project director at McGuire. “He makes the whole situation so real and so meaningful because he has lived through so many different events that have been powerful in our industry.”

Bowers also appreciates the company’s embracing of diversity and sits on McGuire’s Diversity and Inclusion Council.

“I guess I represent the old geezer club,” he joked. “But it takes all of us to make this work – male/female, Black/white, every religion, you name it.” His care for others earned him a company award for community service.

With his final project underway – scheduled maintenance at McGuire – Bowers has mixed feelings about retirement. He’ll miss the work, but he looks forward to seeing more of his wife Mary Ann, whom he calls the “best part of me.”