Dennis Lockard ● illumination Staff Writer
Loading...
Video: How to escape vehicle if it hits a power line and is on fire

It was Dec. 18, a week before Christmas, and my small tight-knit community in Pennsylvania was in a festive mood. With a population of only a few thousand, it seemed as if everyone knew each other, which added to the holiday spirit.

But I’ll always remember that long-ago evening for something else – it was the night Rick Day died. Even though he survived a car accident, he failed to escape the power lines near his car. And though we may think it can never happen to us, we need to know what precautions to take.

Rick, a few years older than me and a high-school senior, headed out after school on a Friday afternoon to go skiing. It was snowing as he headed back home from the slopes, which were about a five-mile drive from his house. The narrow, winding road could be a challenge to drive even in perfect conditions.

About a mile from home, Rick took a turn a little too fast. He lost control of his Chevy Bel Air and it skidded off the snow-covered road. The car hit a utility pole, snapping it in two, and the car rolled several times before coming to rest passenger-side up against some trees.

It was about 6:15 p.m. Back in town, the lights flickered, which sometimes happened when a car hit a pole.

A homeowner heard the noise from the crash. It was dark, so he couldn’t see what was going on, but he called his best friend, who happened to be Rick’s dad, saying, “There’s something going on out here.”

Despite the impact of the accident, Rick was relatively uninjured. The car was mangled, and he was unable to open the doors. In what was probably a very dazed state, and in the days before cell phones, he broke the back window, crawled out and went for help. He was able to get free of the car and headed for the road for the short walk to the nearby residence.

About five minutes after the first flicker of the lights, the lights in town flickered again.

That was the moment Rick Day died.

Unable to see in the pitch dark, he took a few steps and walked directly into a power line that was hanging about five feet off the ground. His dad had gone to the property owner’s house after he received the phone call and was one of the first ones on the scene. He had to be restrained from pulling Rick away from the line.

The news spread around town quickly, casting a pall over the holidays that lasted well into the New Year.

Of course, the Day family was never the same. A black circle from the electrocution, about the size of a dinner plate, was visible on the road for many years – a sobering reminder of the day the whole town learned what to do, and what not to do, in case of a downed power line. 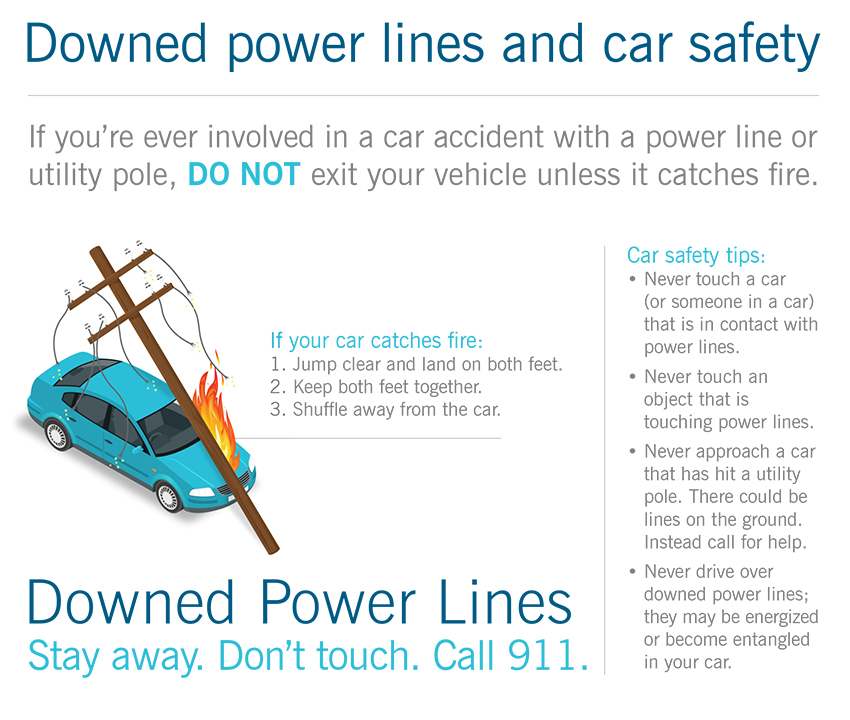