Before Terri Lipsey Scott leads children on tours of The Woodson African American Museum of Florida, she explains to them that their own stories could one day be part of history.

“What are you going to do to determine what your history will look like?” she asks. “What successes are you looking to achieve that will make a difference in the lives of others that we can celebrate forever?” 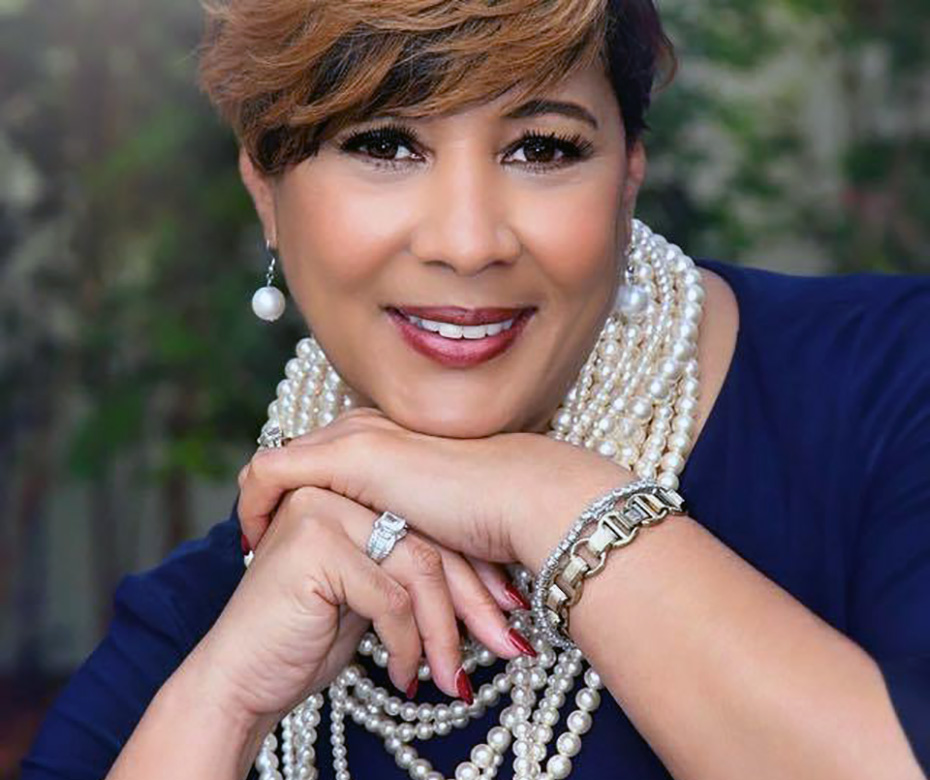 “I decided to delve into anything and everything that might preserve, present, interpret and celebrate the contributions African Americans have made,” said museum Executive Director Terri Lipsey Scott.

And then she tells them about a courageous 6-year-old girl named Ruby Bridges, who was the first African American child to integrate an elementary school in the South, in New Orleans in 1960. Lipsey Scott encourages the girls and boys that they, too, can do important things.

“I love to tell the children you can go anywhere from here,” said Lipsey Scott, who is executive director of the Woodson in St. Petersburg. “Actress Angela Bassett grew up in this community. Kenny Leon, the noted Tony Award-winning playwright, grew up here. So did Will Packer, director of movies and film, and numerous NFL players. … I tell the children that if they build upon the foundation created in this community they can go anywhere.”

Lipsey Scott says her mission is to educate all people about the foundation laid by African Americans locally, regionally, nationally and beyond. She also believes Black history museums must be more than spaces for art and artifacts – they must also be leadership spaces for racial equity and social justice.

The Woodson, which opened in 2006, is named in honor of Dr. Carter G. Woodson, a scholar and founder of the Association for the Study of African American Life and History who is known as “the father of Black history.” In 1926, Woodson proposed an annual Negro History Week, which became Black History Month in 1976 and is celebrated every February.

Duke Energy has supported the Woodson since its inception as part of the company’s efforts to enhance the arts and promote diversity. Melissa Seixas, president of Duke Energy Florida, served on the inaugural advisory board, and Chiquita Clark, a community relations liaison for Duke, is now a board member. 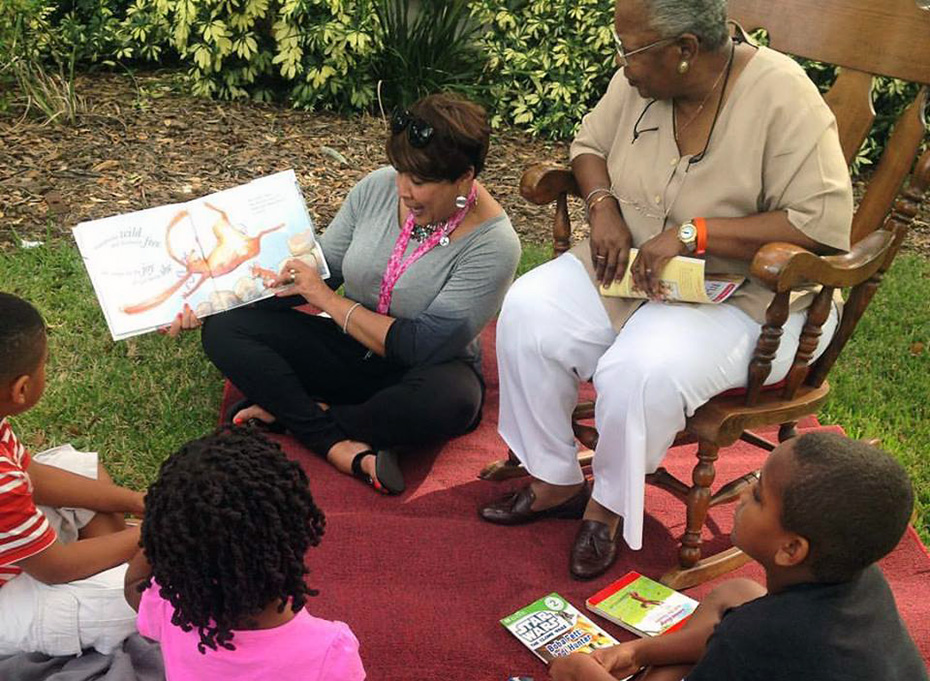 Story time at the Woodson museum. “I love to tell the children you can go anywhere from here,” said Terri Lipsey Scott, museum executive director.

“The African American community has been underrepresented and their contributions just have not been adequately shared in our community,” said Jeff Baker, Duke Energy manager of government and community relations. “At Duke Energy, social justice is a core value. Being able to help underrepresented groups share their long and rich history – it’s something we feel compelled to do.”

To ensure success for the St. Petersburg museum, in 2015, Duke Energy Foundation paid for board members of the Woodson to visit the Harvey B. Gantt Center for African-American Arts + Culture in Charlotte to see how the Gantt is run. The Woodson is now housed in a former public housing community center. A $27 million capital campaign is underway to build what Lipsey Scott hopes will become one of America’s finest museums, showcasing the history of African Americans not only in Florida but across the United States. Duke Energy this year is donating $325,000 to support the new museum.

“This new museum,” said Baker, “will be the appropriate venue to really celebrate the African American history we have in this community.” 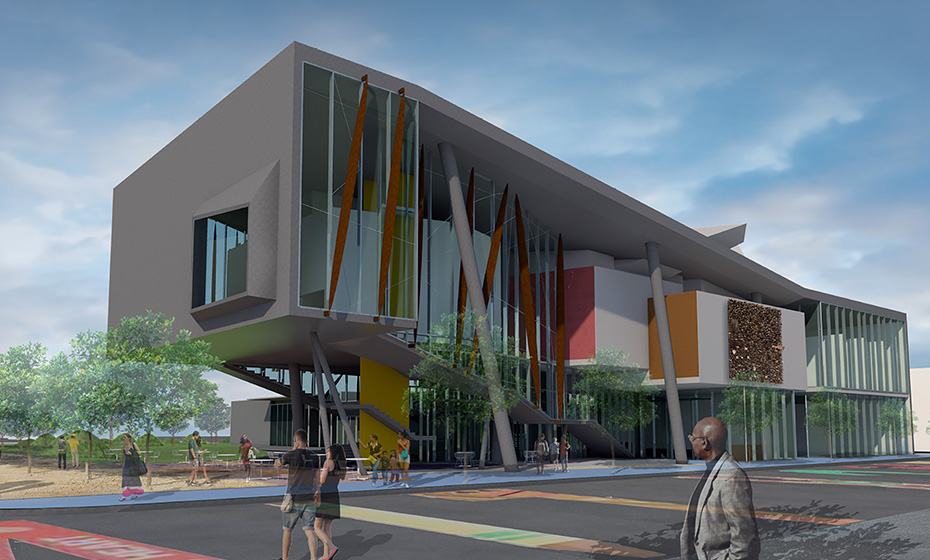 The community is raising $27 million for a 30,000-square-foot museum on 5.5 acres of city-donated land along 22nd Street South in St. Petersburg, an historically Black neighborhood known as The Deuces.

Lipsey Scott took over as executive director of the Woodson in 2017 after serving as board chair for nearly a decade. During her career as an administrator with the City of St. Petersburg, she worked for five mayors over 27 years.

“I decided to delve into anything and everything that might preserve, present, interpret and celebrate the contributions African Americans have made,” she said. “Recognizing the absence of so many untold African American stories left me desiring additional knowledge with a willingness to share.”

One story she likes to tell is about John Donaldson, the first African American settler in the bay area. He moved from Alabama and began farming in 1868 on the lower Pinellas Peninsula. It was not until 22 years later, in 1888, that St. Petersburg was founded.

For much of its history, St. Petersburg was a segregated city. African American residents created a thriving commercial and residential area along 22nd Street South, which they nicknamed “The Deuces.” One early resident was Elder Jordan, an entrepreneur and developer who, according to local lore, became wealthy enough to loan money to the city government during the Great Depression in the 1930s. Jordan Elementary School and Jordan Park Housing Complex were named in his honor.

“His story is rarely told and not celebrated to the degree it should,” Lipsey Scott said. “When we consider the greatness of this nation, it can’t be absent from the contributions that African Americans made. It’s critical that we uncover those untold stories and make the African American contributions inclusive in our history.

“Growing up as a little Black girl in Savannah (in the 1960s), images of celebrated and successful Black people and their stories weren’t before me,” Lipsey Scott said. “I never dreamed I could become an aviator like Bessie Coleman, or a NASA mathematician like Katherine Johnson and Dorothy Vaughan, or a journalist like Dorothy Butler Gilliam because their stories were never represented in my history books – I didn’t know opportunities like theirs existed for a little Black girl like me. I don’t want children today to miss images and stories they can embrace and be inspired by.”