Outside a beige building in Citrus County, Fla., 10 silvery fish as long as baseball bats swam in a tank 5 feet tall and 12 feet across. They are Eric Latimer’s newest redfish and will help him with a first-of-its-kind project to release fish on Florida’s east coast. 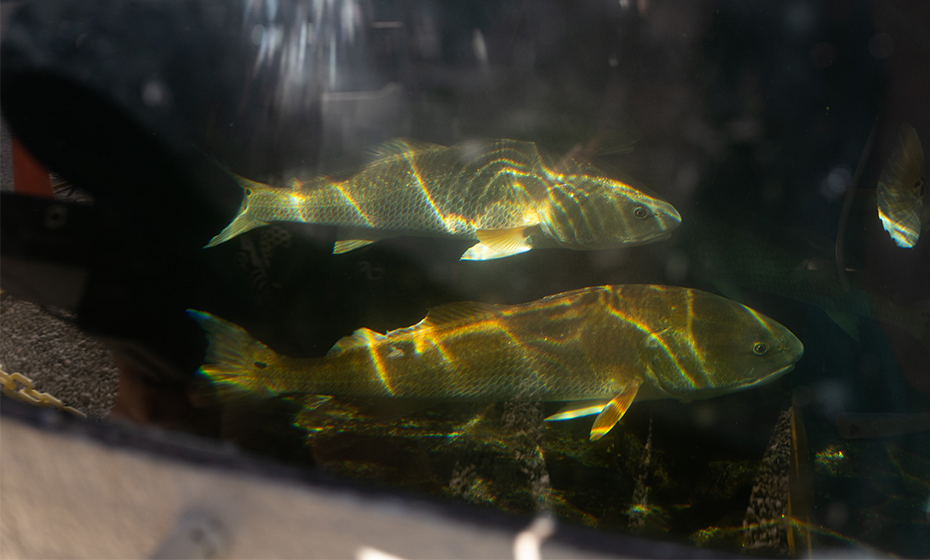 Two of the redfish from Florida's east coast that will allow Duke Energy's Crystal River Mariculture Center and the Coastal Conservation Association to expand their restocking efforts.

Latimer has been at Duke Energy’s Crystal River Mariculture Center since it opened 30 years ago. He raised and released nearly 5 million fish and crustaceans along the west coast of Florida where Duke Energy has power plants and customers. Now, he plans to restock waters statewide.

“That's the beautiful thing about what Duke Energy is doing. It's not just about our service territory anymore,” Latimer said. “It's about what's good for the state.”

The mariculture center started as an environmental compliance requirement for Duke Energy to operate its nearby power plants. Latimer would release several types of fish, but as the plants closed, it was no longer required. By then, it has grown into one of Florida’s most successful hatcheries, and the state’s marine environments needed more help than ever as declining water quality and flow affected fish populations and habitats. 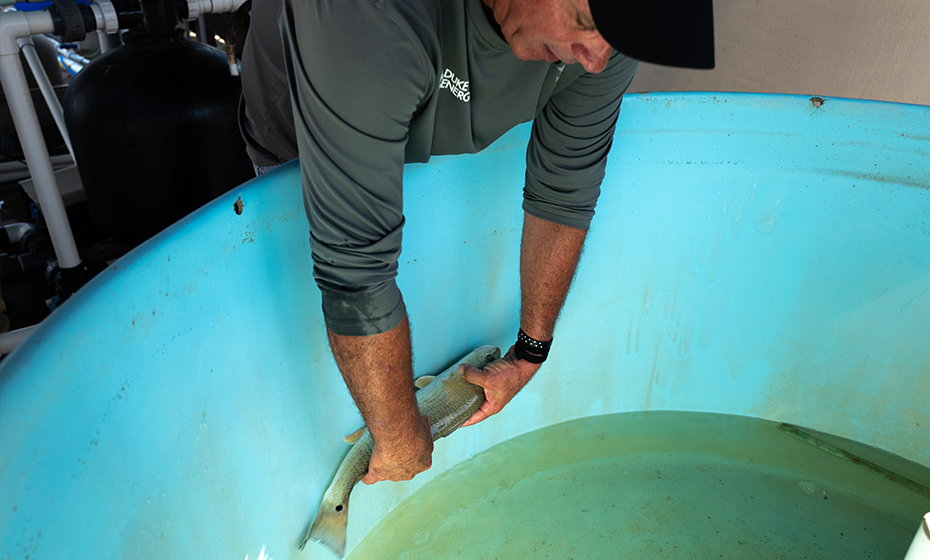 Eric Latimer has released thousands of redfish in his 30 years at the center. Many are tagged and have been proven to stay in the area, which contributes to the local economy and reputation as a fishing destination.

Some of the fish Latimer releases are tagged fish, so it was easy to see that the center was making a difference in Citrus County. When an angler catches one, they’re supposed to call the number on the tag so Latimer can record survival rates and how far fish have traveled. Of the first 100 fish Latimer released in the Gulf of Mexico in 1993, about 30 were called in.

“That’s an incredible tag return percentage,” he said. “They can go anywhere they want to, but they're staying here and being caught by our local fishermen. Tourism is an important driver of the economy of this county, so for us to be able to help augment that fishery and keep it healthy so tourists can come hire a local to go out and catch these fish? That's huge for us.”

Instead of closing the center when it was no longer required, Latimer decided to find ways to work with nonprofits, universities, and state agencies to improve Florida’s environment over the last 10 years. 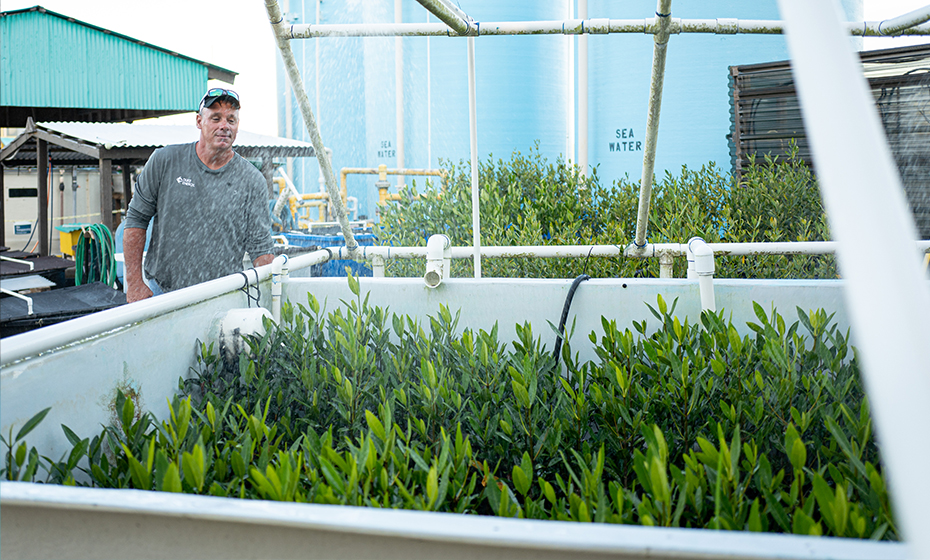 The center's mission has expanded to include growing submerged aquatic vegetation as habitat restoration has become a bigger need for Florida's lakes, springs and shorelines.

With his team, he has released more than 60,000 redfish to offset effects of red tide, donated fish to food banks to help people during the pandemic, hosted science camps for students, and offered the center to researchers studying fish migration. The center has also expanded its mission to include submerged aquatic vegetation for lake and spring restoration projects as well as mangroves and marsh grasses to improve living shorelines.

As he walks through troughs of aquatic plants, he laughed as he described an “eelgrass burrito” he created with the University of Florida, which proved to be an efficient way to plant the grass because it was heavier than flat layers of sod, which made it easier for the plants to take root.

“They were testing different delivery methods for restoration,” he said, “and we said, ‘How about if we put a little bit of sediment and fertilizer, wrap it up with some hemp cord, and put some plants in there, and it becomes your growing unit?’ It was very successful. They didn't even have to go down to the bottom with divers. They were just dropping these overboard in the restoration area.” 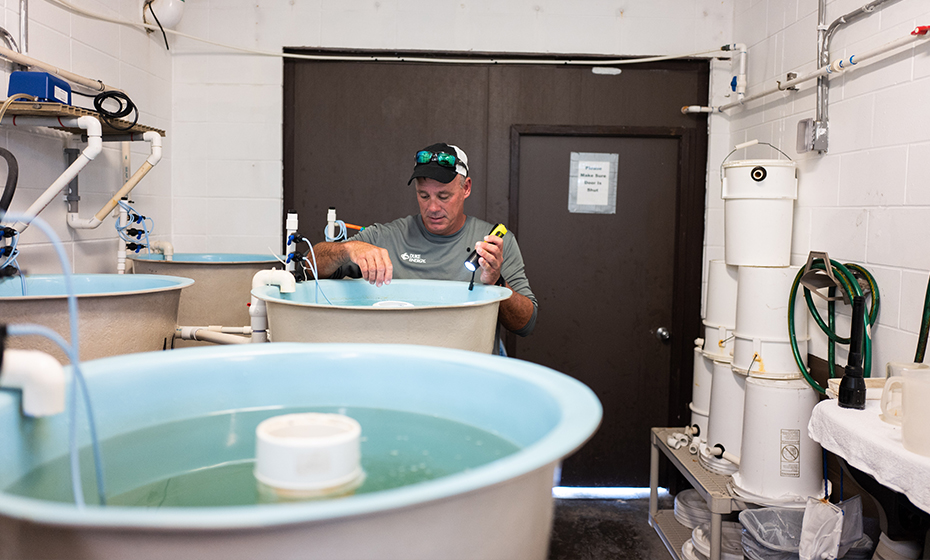 Latimer, who studied fisheries and aquaculture, builds and designs the tanks and equipment needed to raise healthy fish.

That’s how his newest project to release redfish on the east coast happened, too.

Brian Gorski, executive director of Florida’s Coastal Conservation Association remembers Latimer calling him in 2019 to ask if he wanted to start a Release the East campaign. Gorski and Latimer have worked on several projects from red-tide recovery to stock enhancement for the association’s annual STAR Tournament, so when Latimer suggested raising thousands of redfish to restock areas on the east coast where the number of redfish had declined, he was in. 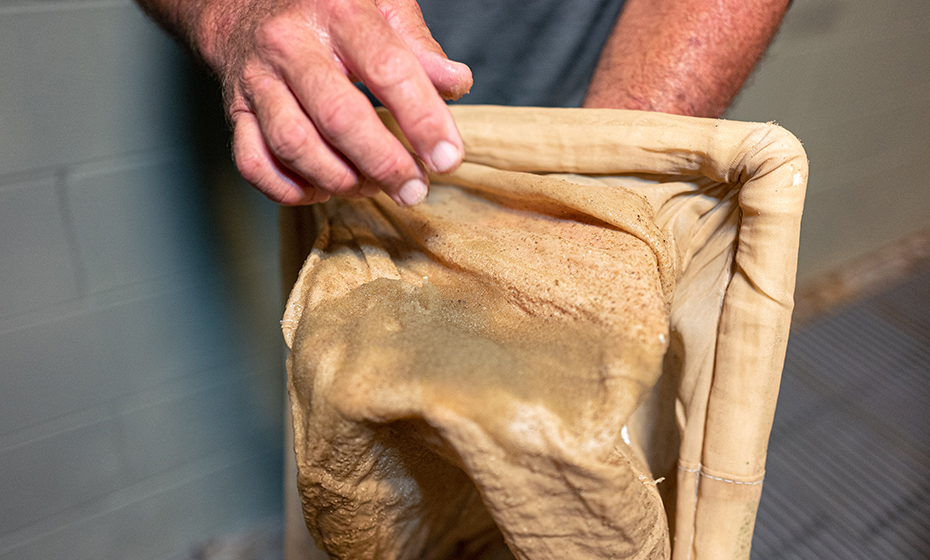 After months of care, the fish can spawn up to one million eggs overnight. Latimer holds up a mesh collector here with about 200,000 sea trout eggs.

The pandemic slowed their plans, but Coastal Conservation Association raised $100,000 to buy equipment and supplies. Because east and west coast redfish have genetic differences, they couldn’t release the west coast redfish he’d been raising at the center.

They caught 10 east coast redfish to use as broodstock near Cape Canaveral and drove them in tanks about 140 miles back to Crystal River where, Latimer, who studied fisheries and aquaculture at Texas A&M University and the University of Florida, had a plan for how to keep them healthy and spawn more fish.

After nearly three weeks in the outdoor tanks to make sure the fish were free of disease and adjusted to a tank environment, Latimer moved them into a photothermal conditioning room he created to manipulate the lights and water temperature to trick the fish into believing it’s spawning season. 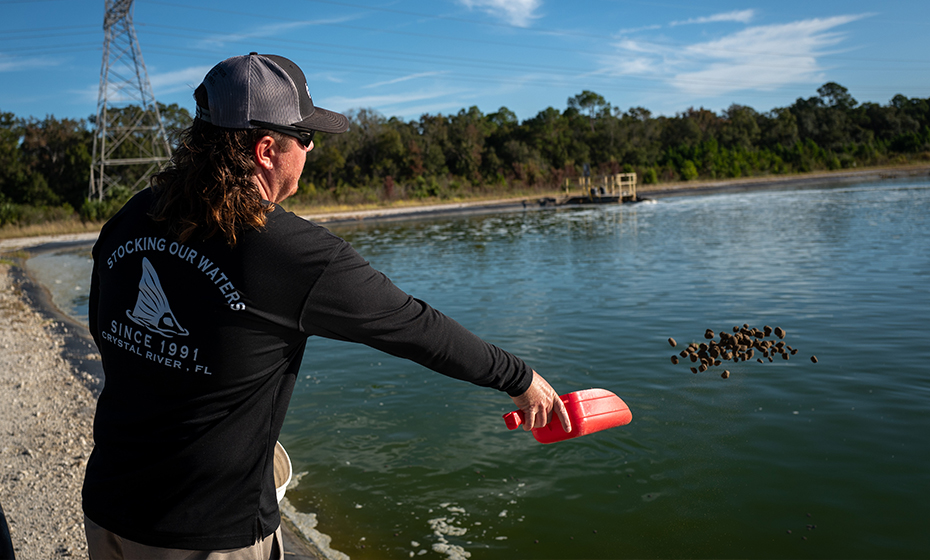 The fish are moved to the eight, one-acre ponds outside after they hatch. They'll stay there until they're big enough to have a good chance of survival in the wild.

Each female redfish can spawn over one million eggs. Not all will survive, but he will move the ones that do to outdoor one-acre saltwater ponds so they can grow large enough to improve their chances of survival when released in 2022.

Managing the center was Latimer’s first job after graduate school in 1991. Since then, he’s raised redfish, sea trout, blue crab, stone crab, mullet, pinfish, pigfish – a little bit of everything, he said – but more importantly, he developed a reputation for releasing healthy fish.

“He's very particular about who he lets into that hatchery because he's got a proven track record,” Gorski said. “He lives and breathes that facility and the resources of the state of Florida. He literally works seven days a week.” 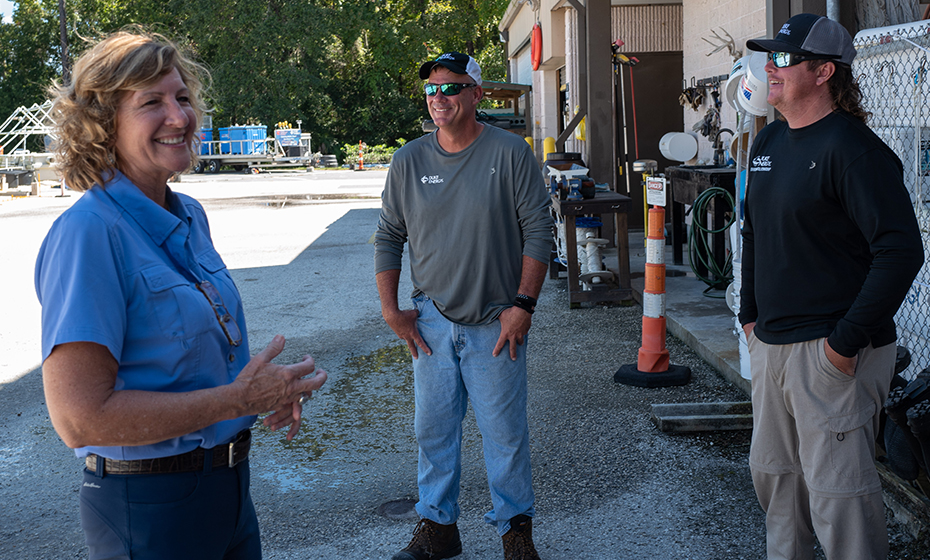 Why does he do it?

There’s something to be said for leaving a legacy of conservation, Latimer said.

“That's what it's all about. It's about the future of Florida fisheries,” Gorski said, “and it's an honor and a privilege to be a part of it. We hope that it continues and nothing ever changes with the mariculture center.”