Snook, a popular tropical sportfish, can weigh as much as a Border Collie and grow as long as four feet. They have silvery scales, two tall fins on their back and a protruding lower jaw. And until recently, catching one in North Florida would be unlikely.

With fewer winter freezes during the last 20 years, the fish have slowly expanded to rivers and parts of the Gulf of Mexico that were previously too cold to call home. 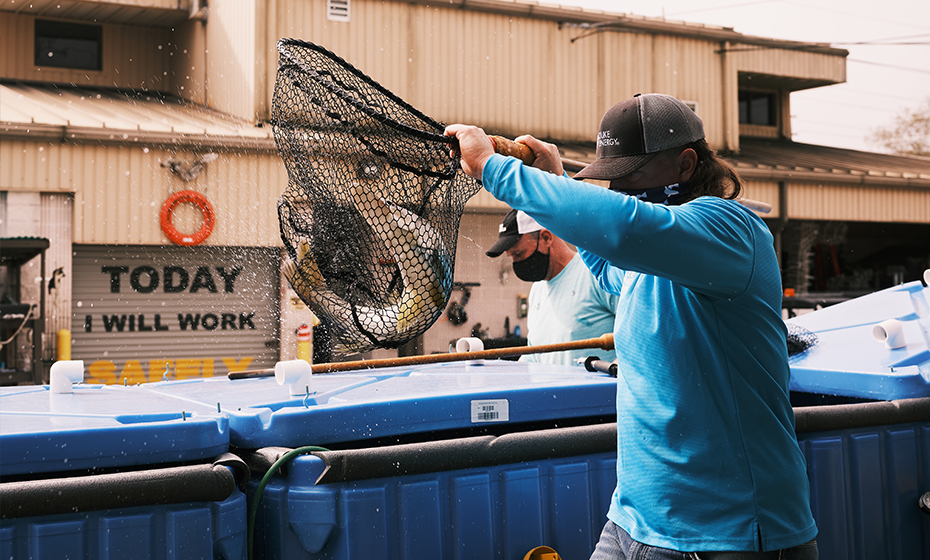 In February, Duke Energy and University of Florida teammates caught and tagged 20 redfish at Duke Energy's Crystal River Energy Complex, where Charlie Martin will monitor how the fish move in the power plant's discharge canal as part of a new study with the Florida Fish and Wildlife Conservation Commission.

While anglers are excited for the new fishing opportunities, scientists like the University of Florida’s Charlie Martin wonder: “What will happen when cold snaps come?”

To find out, Martin, along with researchers from the Florida Fish and Wildlife Conservation Commission, have tracked snook in the Suwannee River to study their migration and how they use pockets of warm water to survive. When Eric Latimer, who manages Duke Energy’s Crystal River Mariculture Center, heard about Martin’s research, he offered the Crystal River Energy Complex as a potential laboratory. 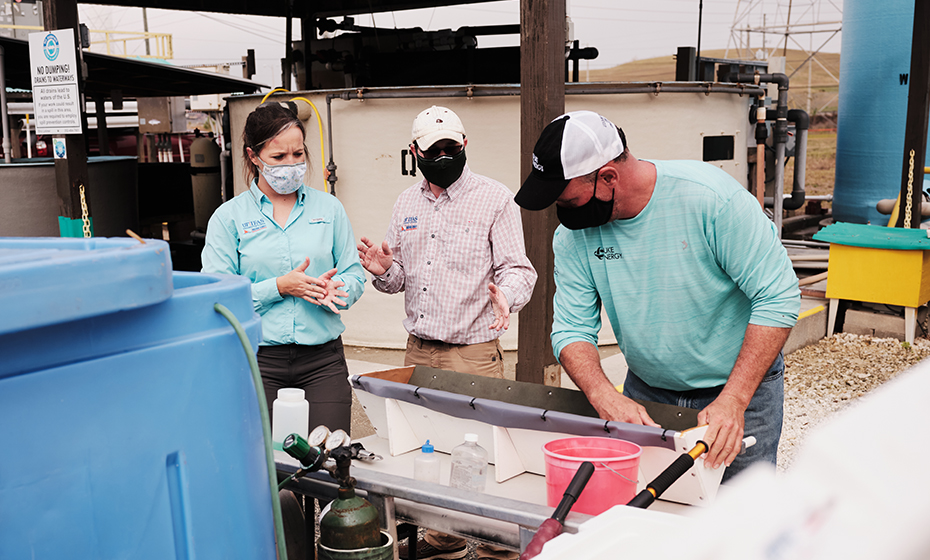 The team installed three acoustic receivers in the canal and tagged each of the fish so that their movements are recorded when they pass the receivers.

Latimer knew snook were congregating in the discharge canal where warm water leaves the power plant. The canal is about 12 feet deep and more than a mile long, which is a smaller and more controlled environment for a study than the Suwannee River. For decades, when cold weather approaches, manatees have used the canal as a warm resting place on their journey from the Gulf of Mexico to Florida’s natural springs about seven miles from the energy complex.

But the snook are new.

Latimer has managed the mariculture center since 1991 and remembers when someone caught a snook in 1993 – it was so unusual it made the newspaper. Since 1996, the Florida Fish and Wildlife Conservation Commission has monitored fish population trends across the state. They recorded their first snook in 2000 near Cedar Key and then not again until 2007. From 2012 through 2018, snook catches increased exponentially indicating that the fish established a self-sustaining population. 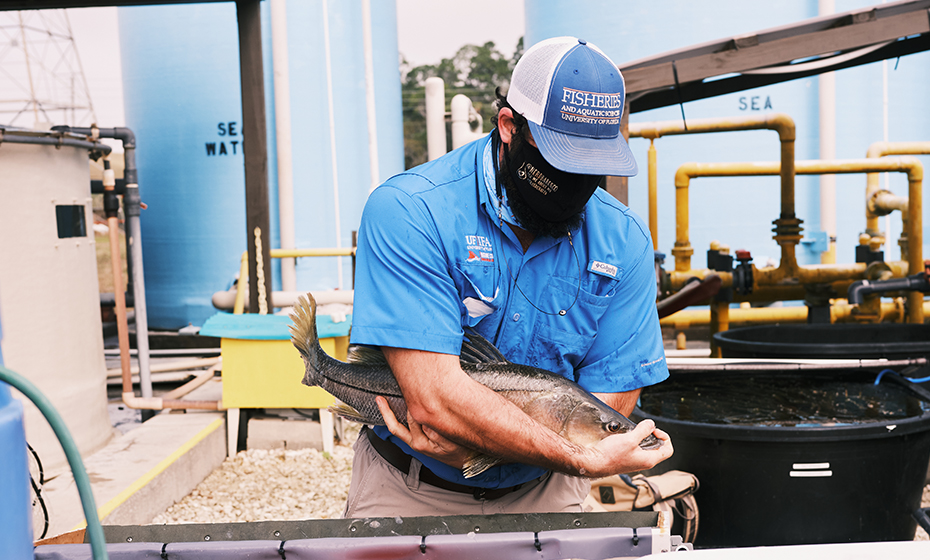 The study will help researchers understand how snook behave and react to different temperatures. This information can inform land and water management to ensure habitats are protected.

Martin’s research will help wildlife management professionals understand where snook are congregating and spawning and when they use pockets of warm water – like Florida’s natural springs – as thermal refuge during migration.

“If it were not for these springs as a refuge, there could be cold kills,” Martin said. “That’s what happened in 2010. It was a really cold winter – iguanas were falling out of the trees, and a lot of snook died that year.”

The Duke Energy Foundation awarded Martin’s team a $25,800 grant to fund the research. In February, the team installed acoustic monitors along Duke Energy’s canal that will record when tagged snook pass. When the study is complete, the records will help piece together what triggers snook to move in and out of the canal.

“‘What are the drivers behind these behavioral responses in snook?’ It’s a pretty interesting question,” Martin said, “and one of the things we’re hoping to learn a little bit more about.”

Since 1991, Duke Energy’s Crystal River Mariculture Center has released more than 4.2 million fish and crustaceans into the Gulf of Mexico. The mariculture center was created to be an environmental steward of the area surrounding the Crystal River power plants and has become one of the state’s most successful marine-stocking programs.

The mariculture center staff is continuously looking for ways to support the community whether it’s through releasing redfish after the red tide crisis in 2019, donating fish to food banks during the pandemic or donating saltmarsh plants and other aquatic vegetation for statewide habitat restoration projects. The mariculture center also donated redfish to the Clearwater Marine Aquarium, where they’re on display so visitors can learn more about them.