Researcher confirms bald cypress tree is 2,624 years old – many nearby are more than 1,000 years old

Some of the oldest trees in the world are rooted along the swampy twists and turns of the Black River in eastern North Carolina. When University of Arkansas researcher David Stahle first saw the bald cypress trees in the 1980s, he knew they were ancient, but he recently proved that one is at least 2,624 years old – making it the fifth oldest living tree in the world. 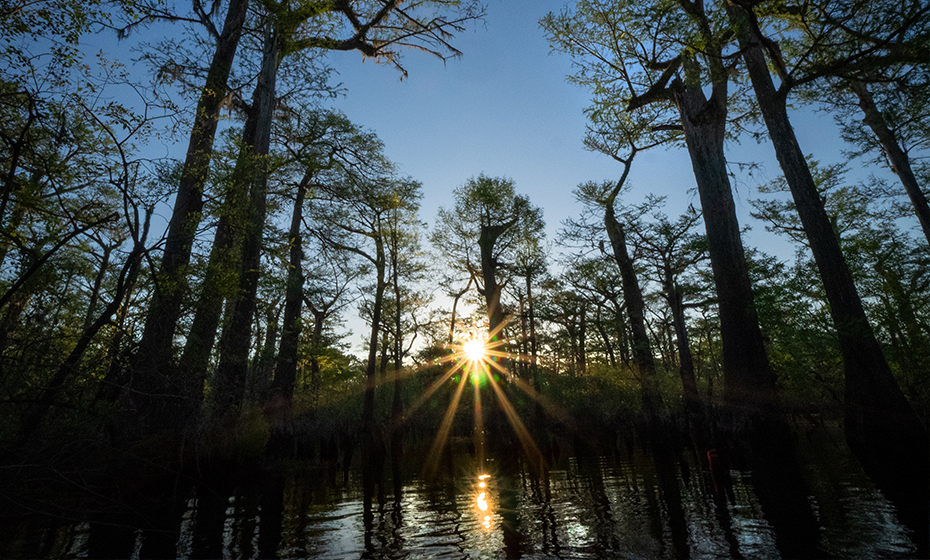 Many of the trees in this forest are more than 1,000 years old, and, Stahle said, ancient forests like this are rare. “It is hard to find a place that is truly natural and hasn’t been altered by human activity, but the Black River is as close as you can get.”

Only eight species of trees have been proven to live for more than 2,000 years: six are in the western United States, one in Chile and now North Carolina. 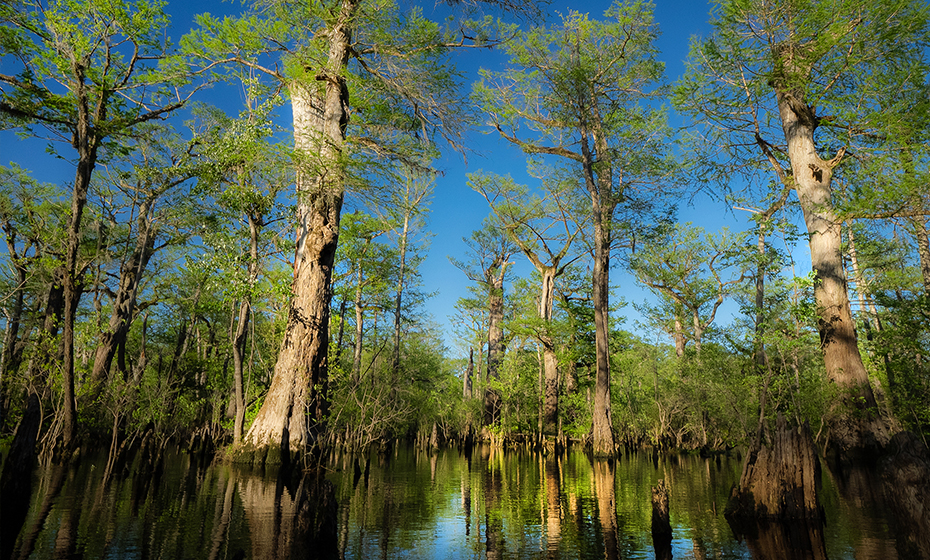 The Black River, a tributary to the Cape Fear River, runs through Sampson, Bladen, and Pender counties – this bald cypress forest is about 45 minutes from Wilmington. Designated an Outstanding Water Source, the tea-colored river is one of the most pristine in North Carolina.

The Nature Conservancy has protected more than 18,000 acres along the Black River. In December, the Nature Conservancy bought 319 acres of old growth forest there. Duke Energy provided $225,000 toward the purchase as part of an agreement with the Cape Fear Conservation and Preservation Fund. The Conservancy matched the donation with money from private donors and the N.C. Clean Water Management Trust Fund. 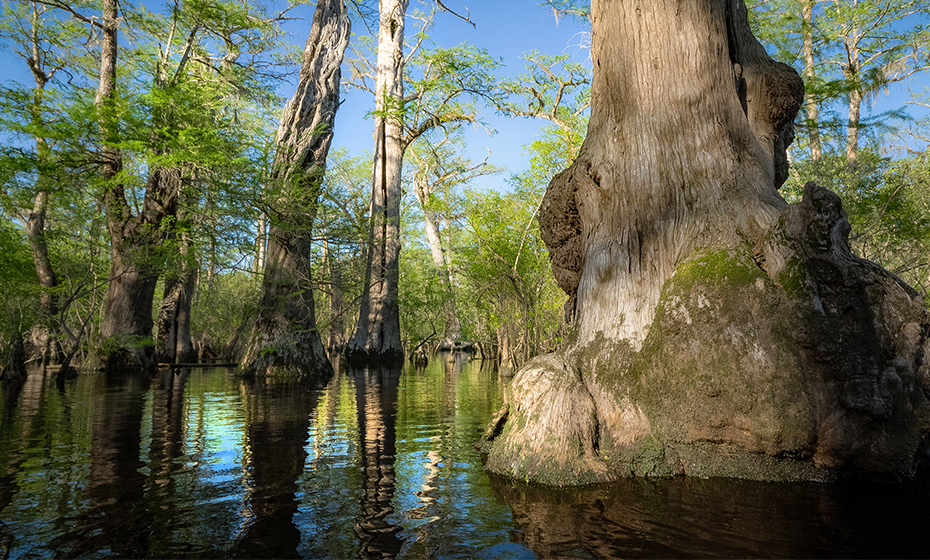 In the Southeast, bald cypress trees grow slowly to an old age. They can grow in dry conditions, but they’re usually associated with swamps and unusual roots, often called knees, that peek out of the water. The tree has a wide base that narrows into a tall trunk with rough, ash-colored bark. A bald cypress tree can stretch 120 feet into the air and grow up to 6 feet wide.

Trees can be placed into broad age categories based on their physical appearance. Bald cypress trees, for example, grow straight up, stretching for as much sunlight as possible in their youth. With age and sufficient sunlight, the trees earn the freedom to be creative. Their branches grow horizontally. They twist and turn in knots and spirals creating an intricate canopy. Their roots do the same, and they become intertwined with their neighbors’, forming an anchor that keeps the forest grounded during floods and hurricane-force winds. 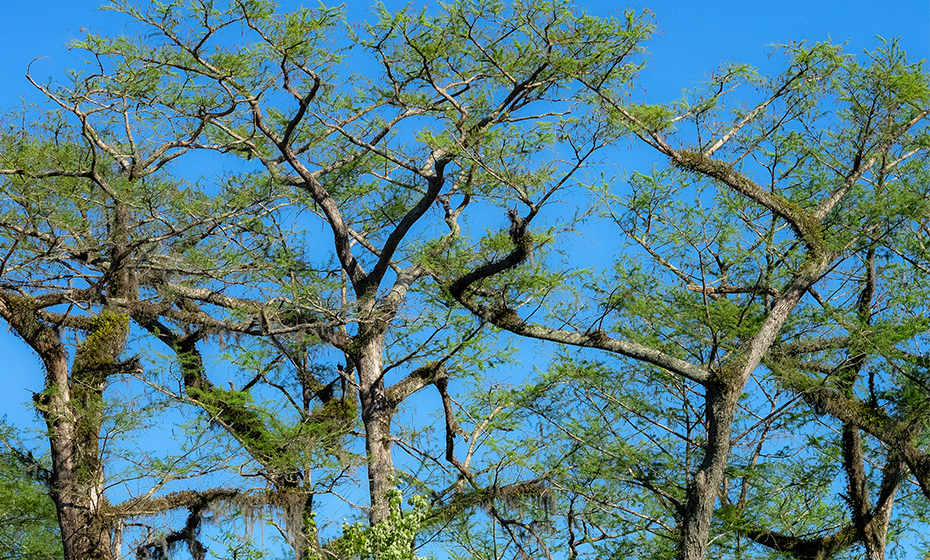 Stahle doesn’t rely on physical appearance to age the trees though. He is an expert in dendrochronology, a precise method of dating to confirm the tree’s age. Without harming the tree, he takes a sample with an increment borer – a hollow tube about the width of a No. 2 pencil – and counts the rings (one for each year) from the outermost circle to the core.

Stahle has traveled the world’s most famous and oldest forests, from California’s blue oaks, through Mexico, into the Amazon, and across continents including Africa, Asia and Australia. He has published more than 100 articles on tree-ring dating and has been continuously funded by the National Science Foundation since 1979, but he’s still astounded by the Black River.

“When you are in that forest, you are surrounded by ancient trees,” Stahle said. “You are in one of the greatest old-growth forests in the world.”

Plan a trip to paddle the Black River with these directions from The Nature Conservancy.