The word “amateur” usually connotes a beginner or someone who merely dabbles in something, but isn’t an expert.

That doesn’t describe the people who operate amateur – or ham – radios. These people are skilled and relied on by emergency management pros. Ham radio operators use two-way radios on special frequencies and licensed by the Federal Communications Commission (FCC). It’s a hobby for many people, who use it to talk around the world without the internet or cellphones. About 2 million people are involved with amateur radio worldwide.

A group of about 30 people in Pickens County, S.C., help with emergency communications. They’re all members of R.A.C.E.S. (Radio Amateur Civil Emergency Service) and are much more than hobbyists.

“They are my eyes and ears during a storm,” said Denise Kwiatek, Pickens County director of emergency management.

The group is involved in exercises in the Emergency Operations Center (EOC), and every two years, they participate in the required Nuclear Regulatory Commission graded exercise at Duke Energy’s Oconee Nuclear Station.

“They provide a very important function to back up the county,” said Pat Street, Duke Energy’s emergency preparedness manager for the Oconee station. Street and his team don’t work directly with the ham operators, but he said counties and states rely on their services. 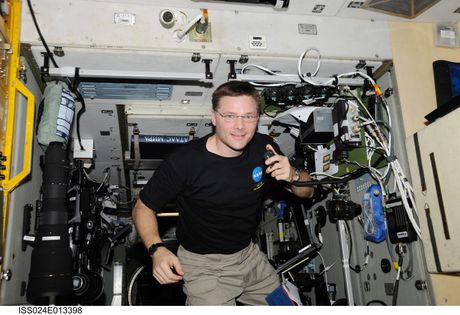 They’re good in emergency drills, but Kwiatek said they’re essential in actual emergencies, too. No matter how high-tech society gets, we’re still at the mercy of the weather. If phone lines were down and cell towers knocked out of service, amateur radio operators would be a lifeline.

During a statewide earthquake exercise, Kwiatek said, “landline and cell service were nonexistent – they provided the old-school concept even without new-age technology. We still were able to communicate with other counties.”

Public service is part of it
Their effectiveness is more than hypothetical. After Hurricane Katrina in 2005, ham radio operators were critical in identifying where stranded victims were and alerting emergency personnel.

Pickens communications group members are trained as National Weather Service SKYWARN weather spotters. During snow and heavy rains – whenever there is potential for flooding – these operators are in contact with county emergency management.

To get an amateur radio license, operators must be licensed in exams regulated by the FCC. There are three levels – technician’s license for entry-level operators, the general license (which allows for global communications) and the amateur extra license that grants privileges on all bands and all modes. 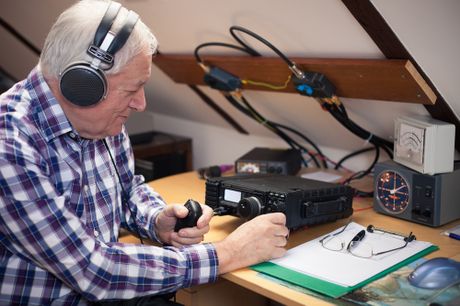 Pat Street said ham radio equipment has come a long way since operators used wireless telegraph technology. Still, it’s the fact that it is old-school that makes it critical in emergencies. “If all our other trusted ways of communicating – cellphones and the internet – were out, ham radio operators could still communicate with each other. All they need is a little battery power and antennae, and they can operate in any conditions.”

Cliff McLeod, R.A.C.E.S. Coordinator for Pickens County, has been a ham operator for 52 years. "I do not know what it would be like not to have a general-class ham radio license," he said. "My wife is a ham. It serves us well when there is no phone service or we are in the woods hiking or fishing in different places. It's one of the handiest things a person can have."

In an age when people are quick to jump on new communications platforms, amateur radio has staying power. The association for ham radio operators (ARRL) celebrated its 100th birthday in 2014.

But what’s in the future? Kwiatek worries ham operators may be a dying breed. She said, “You just don’t see many young people who want to learn.”

Still, there are now nearly 750,000 ham radio operators in the United States, according to ARRL.

When it comes to disaster preparedness and ham radio operators, it’s not amateur hour.