What's next for the Catawba River

'We're all partners in the future of our water'

In some ways, this is a fish story, though not one of exaggeration. It’s also about swimming and boating, and economic development and flowers and electricity and drinking water for millions of people.

The story takes place over more than 200 miles in North Carolina and South Carolina along the banks of the Catawba-Wateree River, which is managed by Duke Energy through a license issued by the Federal Energy Regulatory Commission. FERC recently granted Duke Energy a 40-year license to continue operating 13 hydroelectric stations and 11 reservoirs, and to protect the environment and expand recreational access.

Still, some stakeholders say the license doesn’t go far enough in protecting water quality and the environment. Duke Energy also wants to do more under the license, and has asked FERC for an additional 10 years.

Tim Gestwicki goes float hunting for ducks on the river, and access to the water is important to him. He’s head of the N.C. Wildlife Federation, one of the 160 stakeholders who worked with Duke Energy on the plan. He said he is pleased with the number (15) of new non-motorized boat put-ins the plan calls for. (There are another seven planned canoe/kayak portages.) 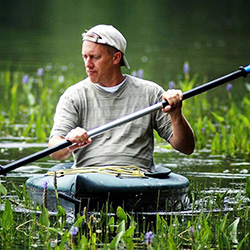 “The water is a public-trust resource,” Gestwicki said. “Even if you don’t live on the lake or river, you still deserve to reap the rewards of this jewel called the Catawba. I live in … Charlotte, but I want to be able to access and enjoy the water and fishing piers, trails and game lands.”

At the federation, Gestwicki safeguards wildlife habitat. (The Catawba is home to bald eagles, river otters, belted kingfishers, the rare Rocky Shoals Spider Lily and more.) The plan he and his staff helped create does that. “We’re extremely pleased with the agreement and what it does for wildlife,” he said, “both terrestrial and aquatic.”

The new license calls for Duke Energy to provide more access for boaters and more trails and parks, more habitat for wildlife and more land conservation that will enhance economic development for some of the towns along the Catawba.

While the benefits are many, the license – which was developed during more than 300 public meetings over almost 10 years and included scores of scientific studies – is still being debated by stakeholders. The utility asked FERC for a 50-year license to ensure all provisions could be implemented. With a longer license, Duke Energy would provide an additional $3 million for land conservation and protect 274 acres in addition to the 2,455 acres called for in the 40-year plan.

Duke Energy didn’t wait to see if the license would be renewed to set aside land for conservation.

And Duke Energy will donate another $1 million to South Carolina for fish and wildlife in the Catawba-Wateree River Basin, biodiversity protection and environmental outreach programs.  These efforts could also include additional land purchases.

On the north end of the river, Burke County, N.C., expects to increase ecotourism as a result of the relicensing. 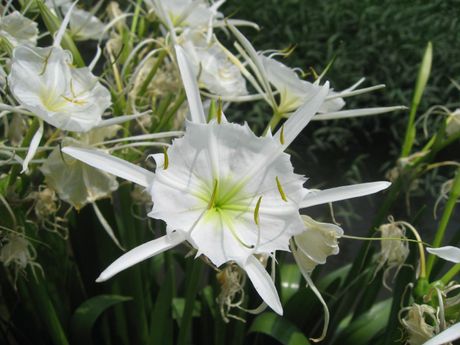 The cahaba lily is found only in Alabama, Georgia, South Carolina and North Carolina.

The county is opening a 318-acre park on Lake James that will be part of the new Fonta Flora Trail designed to accommodate hikers and cyclists. The 26.5-mile loop around the lake is the first phase of Fonta Flora, and deputy county manager Scott Carpenter says he hopes to expand it from Morganton to Asheville.

“Duke volunteered to reimburse the county even before they knew their license would be renewed,” Carpenter said.

“It keeps more dissolved oxygen in the water,” Gestwicki said. “And that’s essential for trout. I tell people there’s no reason to go to Montana for trout fishing anymore. We have it right here.” 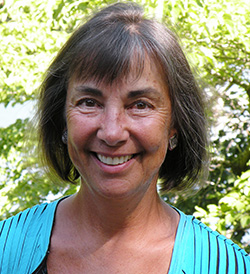 Vicki Taylor, executive coordinator of the Catawba-Wateree Relicensing Coalition, said, “We have discovered some of the agreed flows are too high – for anglers below Bridgewater Dam and for paddlers below Wylie Dam.”

She and others continue to work with Duke Energy and have asked for levels to be adjusted.

Mark Oakley, Duke Energy’s Catawba-Wateree relicensing project manager, said the drought protocol is likely the biggest achievement in the new license. This protocol is a collaboration between Duke Energy and regional water utilities to improve drought resiliency in the region.

“When rainfall is normal, our water supply is OK,” Oakley said. “But many of us remember the period from 2007 to 2009 when the area was experiencing the most severe drought conditions ever recorded in our area."

“Now, if we see drought conditions developing, there’s a plan that helps us and water utilities stretch our reservoir storage as long as possible. By improving our ability to manage future droughts, we also improve the sustainability of our water supply to meet future population growth.”

State and federal resource agencies, local governments, a Native American tribe, community organizations and citizens helped design the license agreement. Some people, Taylor said, felt Duke should have done more to conserve land to protect the habitat and give the public even more access to water. 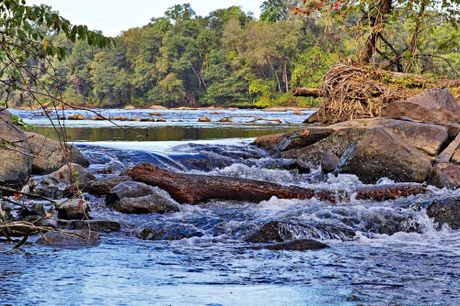 The Catawba River at the Piedmont Medical trail in the Riverwalk community of Rock Hill, S.C.

It isn’t solely Duke Energy’s responsibility to provide enhanced access, she said. “Counties and municipalities could have done much more.”

Taylor supported the relicensing agreement. Not every stakeholder involved in the process did, though. Due to such opposition, the relicensing was delayed by legal challenges and additional settlement agreements. Eventually, compromises were reached. Yet opposition from some groups remains.

Gerrit Jobsis, senior director for conservation programs at American Rivers in Columbia, S.C., said the agreement fell short of American Rivers’ threshold for support. Jobsis acknowledges that land protection is needed but said, for his group, a healthy river – including river flow protection – is more important.

For more than a century, the South Carolina town of Great Falls’ name has been a misnomer. Duke’s dams diverted the river into the Great Falls reservoir. The new license will restore continuous flows to two areas that had been bypassed since the Great Falls Hydro and reservoir was completed around 1907. 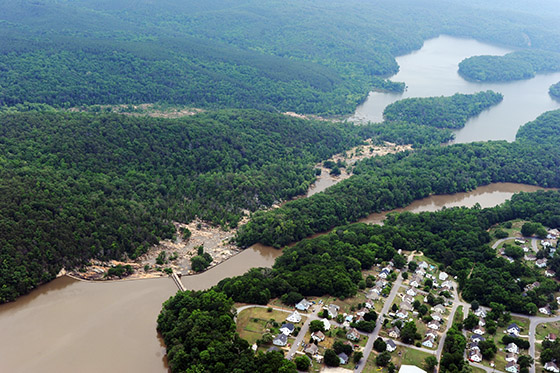 The plan allows whitewater rapids, fishing areas and kayak put-ins, all close to the downtown of Great Falls, which has suffered economically recently.

“We’ve been working for years on a nature-based tourism initiative for our small, former textile town,” said Glinda Price Coleman, executive director of the Great Falls Home Town Association. “The relicensing allows us to get some amenities even we hadn’t thought of.”

‘Partners in the future’

Taylor of the relicensing coalition said the biggest benefit of the renewed license is the way it “integrates ecological, recreational, economic and cultural interests. For example, improving habitat and water quality also improves the recreational experience which also has a positive economic effect.”

The Catawba is a resource we all share, Taylor said. “It is up to us … to ensure it is taken care of – not just for the license term – but forever.

“We are all partners in the future of our water.”

The plan benefits people, places, flora and fauna. And it should lead to more anglers returning home with fish stories.

•Complete up to 55 of the 89 planned new or expanded public recreation areas.

•Provide an additional $3 million for land conservation that may also be used for recreation.