What does the solar eclipse mean for solar power?

This unusual eclipse is a balancing act for energy companies

When the Great American Eclipse glides over the country on Aug. 21, the moon will block more than 90 percent of the Carolinas' sunshine. That much darkness presents a first-of-its-kind puzzle for the Duke Energy employees managing solar energy. 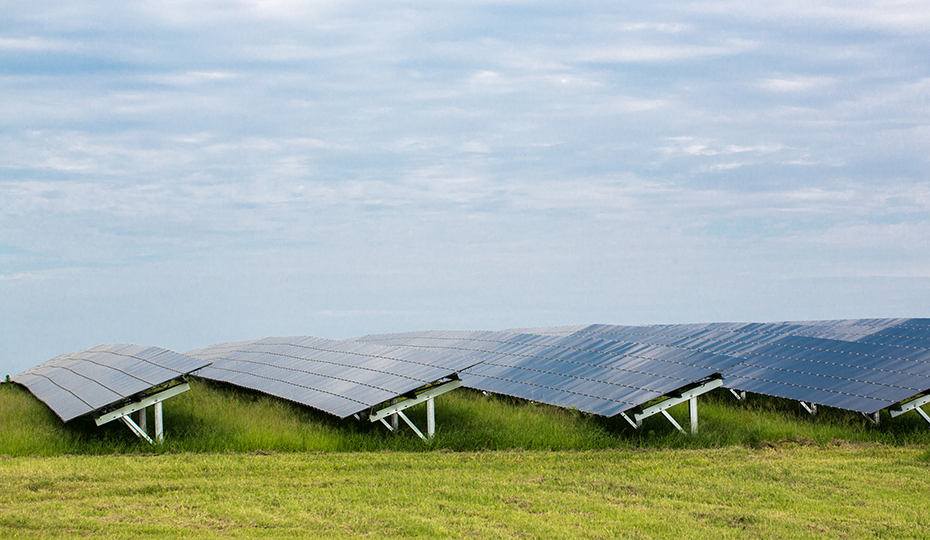 During the Aug. 21 eclipse, about 98 percent of sunlight will be blocked at Duke Energy's new 500-acre solar plant in Monroe, N.C.

This will be the United States’ first coast-to-coast solar eclipse since 1918 and the first to affect the solar energy supply in North Carolina. So, what does that mean for the grid?

Just as punching the gas pedal to climb a steep hill is tough on a car, dramatic shifts in energy supply or demand are challenging for the grid. But unlike a car, which has a gas tank, the grid doesn’t have an effective way to store large amounts of energy. Energy production must mirror customer demand at any moment.

System operators are constantly monitoring demand and making decisions about what source – natural gas, solar, nuclear, hydropower, coal, wind, etc.– is the most efficient for that moment.

Because of its flexibility, operators will have natural gas plants ready to step in during the eclipse. In addition to replacing the lost energy with a flexible fuel source, operators can gradually decrease solar production before the sky darkens depending on weather conditions, Roberts said, which would allow them to slowly increase natural gas energy production. In other words, they will gently press rather than punch the gas pedal.

North Carolina might not be the first state that comes to mind when you hear solar, but it is home to more solar power than any state except for California. On a sunny day, North Carolina’s panels can produce enough energy to power nearly 600,000 homes.

Duke Energy manages energy from more than three quarters of the roughly 3,200 megawatts of solar power in North Carolina, but because it has a diverse mix of energy sources and a plan in place, Roberts said the company expects to meet customer demand during the eclipse. 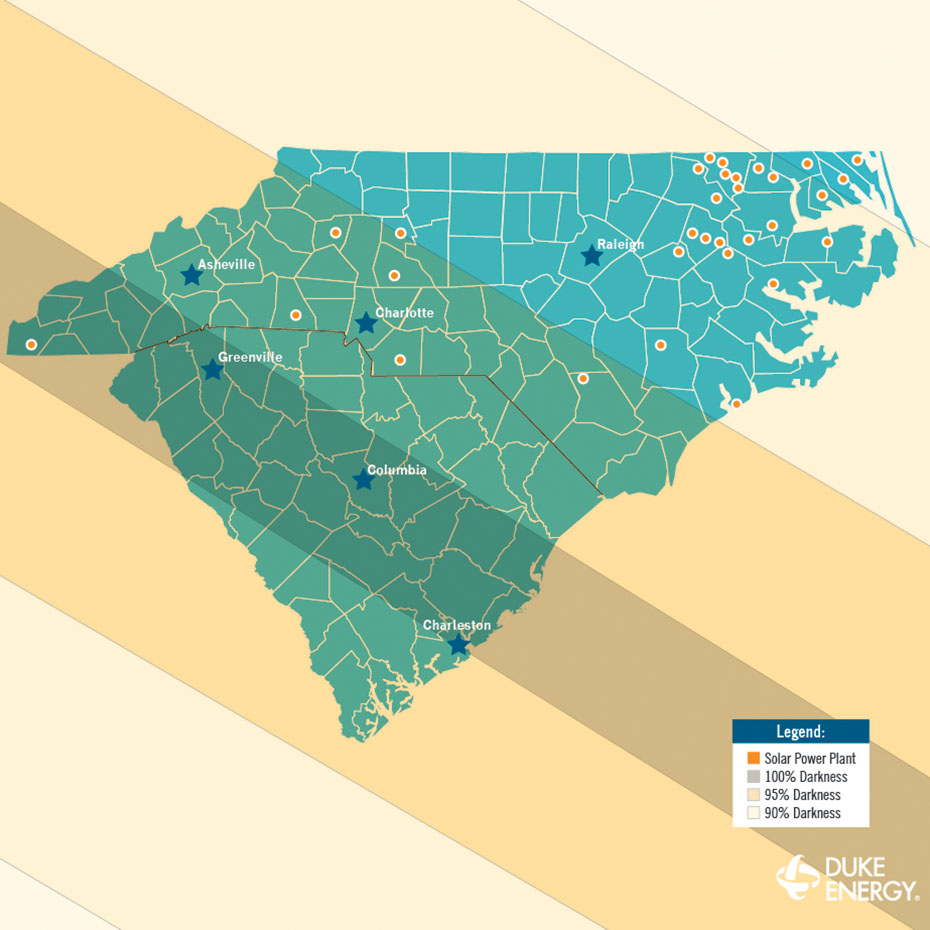 A look at where the eclipse will shade Duke Energy's solar plants.

In California, which has nearly six times as much solar as North Carolina, system operators anticipate losing about 6,000 megawatts during the eclipse. According to the California ISO, operators have a similar strategy to replace the lost energy with natural gas and hydropower.

But energy companies are not the only ones planning for the big day. Hotels and viewing events in the eclipse’s path of totality -- where the sun will be fully blocked – are sold out. The country’s last total solar eclipse in 1979 only passed through five states, but 2017’s will hover over 14.

As the third largest city in the path of totality, Columbia, S.C., considers itself the Total Eclipse Capital of the East Coast. Columbia is hosting more than 50 events as part of its Total Eclipse Weekend Aug. 18-21. Viewers, according to the event website, will experience the longest period of totality for a metro area on the East Coast for up to 2 minutes and 36 seconds of complete darkness.

Duke Energy’s Oconee Nuclear Station in nearby Seneca, S.C., is also in the path of totality and has hosted a series of educational events that ends with an eclipse viewing party on its lawn. The World of Energy will have eclipse viewing glasses (NASA said the glasses are necessary), so that you’re prepared for this once-in-a-lifetime event, too.

Not near the World of Energy? No worries. NASA will live stream the eclipse and has gathered a list of places to watch across the country.