Turning to innovative technology, engineers are installing a new type of turbine at two Duke Energy hydro stations in South Carolina to draw more oxygen into the water.

The payoff will come downstream: healthier rivers and possibly even better fishing. 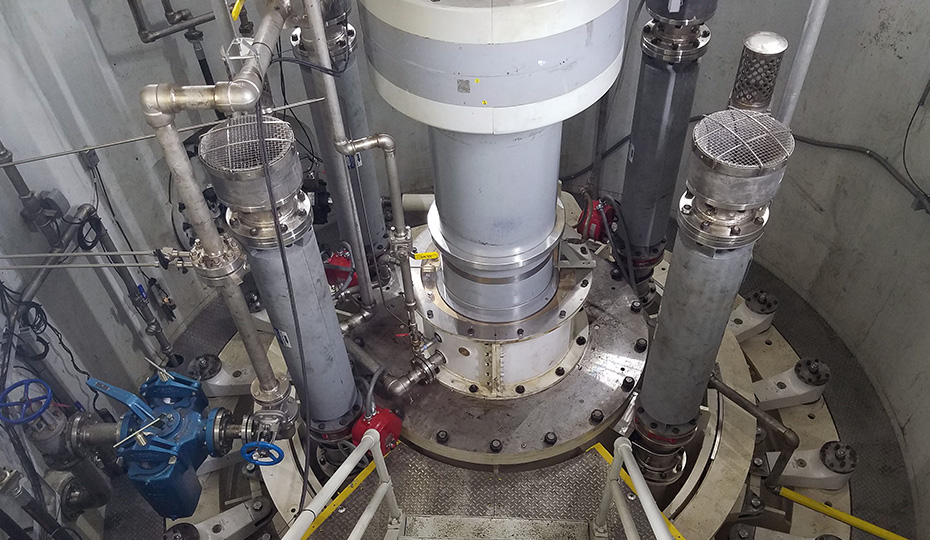 Air is delivered to the Voith turbine in the Unit 4 wheelpit at Wylie Hydro Station through four vertical pipes. The control system regulates the airflow with valves to ensure the required dissolved oxygen levels are met in the downstream river channel. 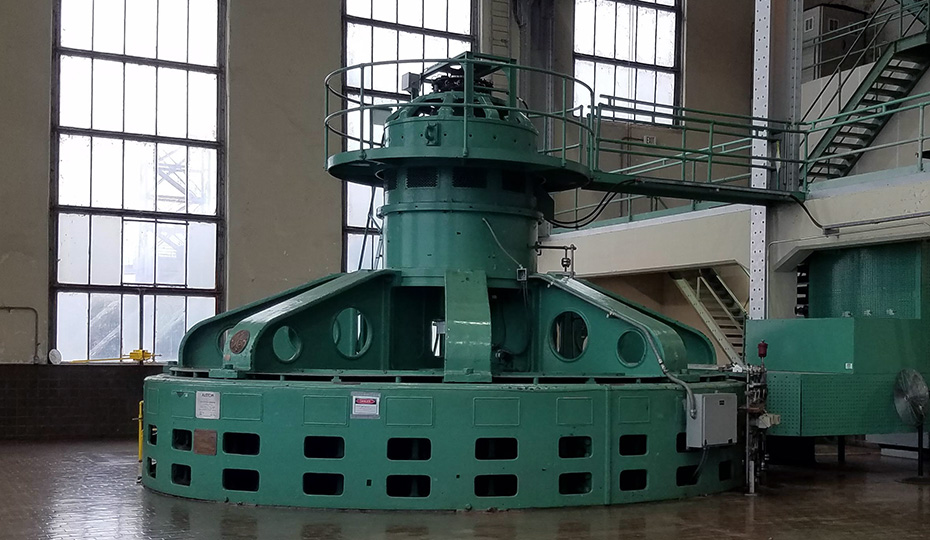 The reassembled Wylie Unit 4 is in the project commissioning phase and is on schedule to provide continuous minimum flow and dissolved oxygen enhancement in 2020.

The projects at Wylie Hydro Station and Wateree Hydro Station are part of licensing requirements from the Federal Energy Regulatory Commission (FERC) aimed at keeping the amount of dissolved oxygen at healthy levels. Though the reason behind the new technology might sound confusing at first, it is actually pretty simple.

Fish and plants in water require oxygen to thrive, the way animals and plants do on land. Oxygen naturally mixes with water with the help of wind and waves. It also enters water through photosynthesis of aquatic plants.

But during the summer, when temperatures rise, the ability of oxygen to dissolve in water decreases, especially at lower depths.

“Typically, sometime between July and October is when this is really a problem,” said project engineer Patrick Bennett. “If you looked at a cross-section elevation of water upstream of a dam, you have dissolved oxygen at desirable levels near the top, and as you move down through the water column, dissolved oxygen drops until a point where everything below is deprived of dissolved oxygen.” 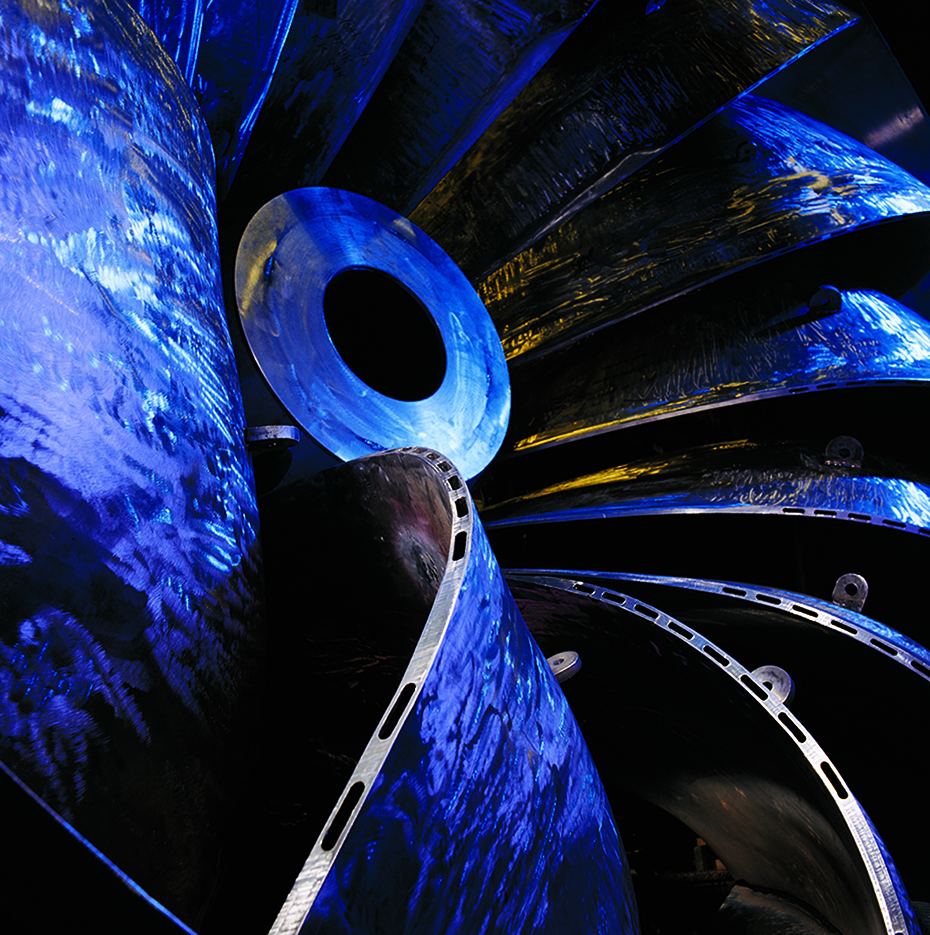 The Voith turbine at Wylie Hydro uses the same technology shown in this photo. Air is drawn into the turbine blades through the head cover and exits through the slots in the trailing edge of each blade.

“On any day of the week moving forward, we will have a minimum flow that will always be coming out instead of zero flow at any point,” Bennett said. “It keeps the downstream river at a constant level that’s been deemed desirable by the U.S. Fish and Wildlife Service and other agencies.” 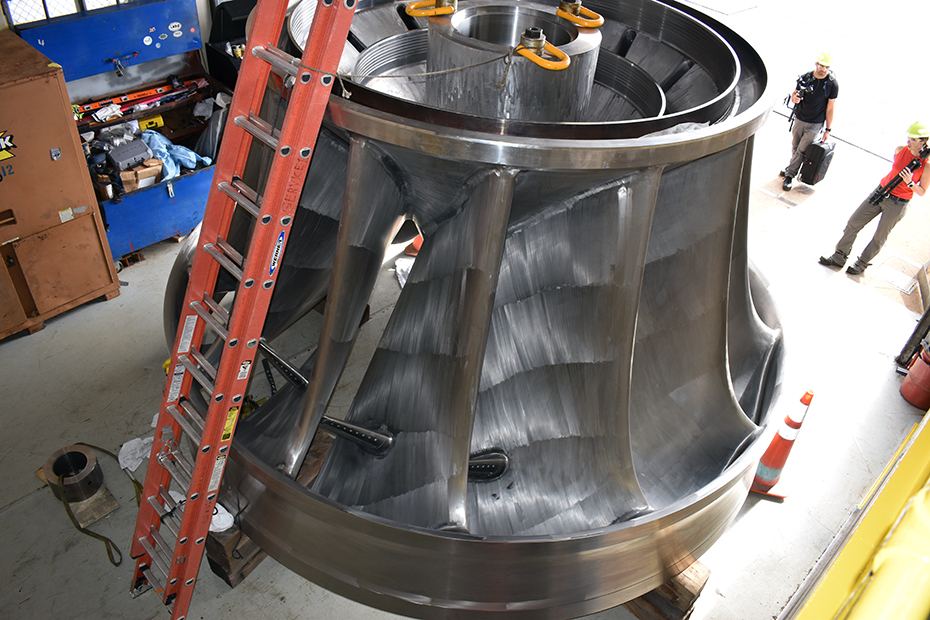 This is the type of runner, the rotating part of the GE turbine that converts the energy of falling water into mechanical energy, that will be used at the Wateree hydro plant.

“Wylie was one of a kind and Wateree is second,” Bennett said. “They’re definitely cutting-edge in the hydro industry. This is the latest iteration for Duke Energy dating back to the 1990s and early 2000s when we had initial dissolved oxygen technology installed at a couple of locations.”

The new turbines are an important step toward maintaining the health of the water, said Lynne Dunn, hydro compliance manager at Duke Energy.

“It’s just like when you go to the doctor and they do blood work,” Dunn said. “You’re doing everything you can, like eating healthy, but sometimes you might need medication to help you improve the quality of your health.”

In this case, the medication is dissolved oxygen.

“We’re helping to keep the levels up to provide better water quality for the aquatic habitat in the river. It’s one of the things we’re doing to continually improve.” 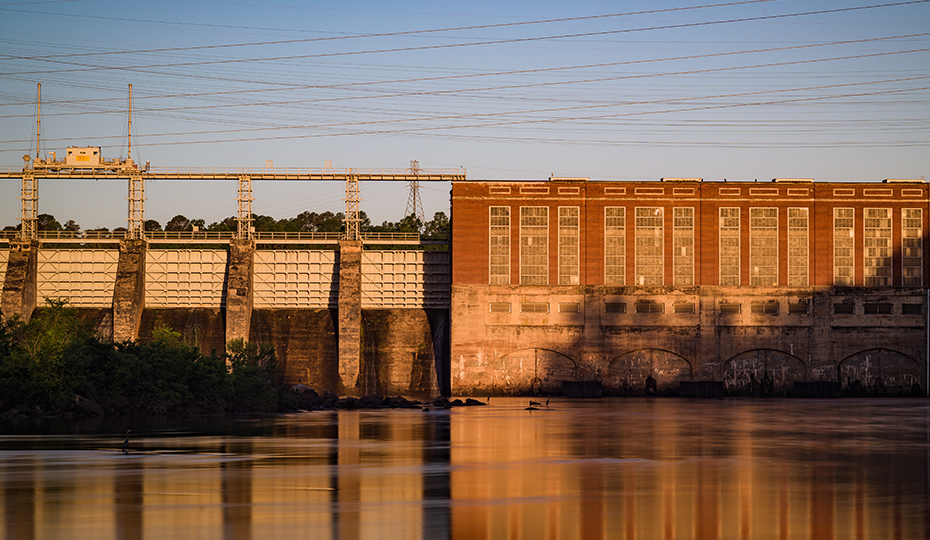 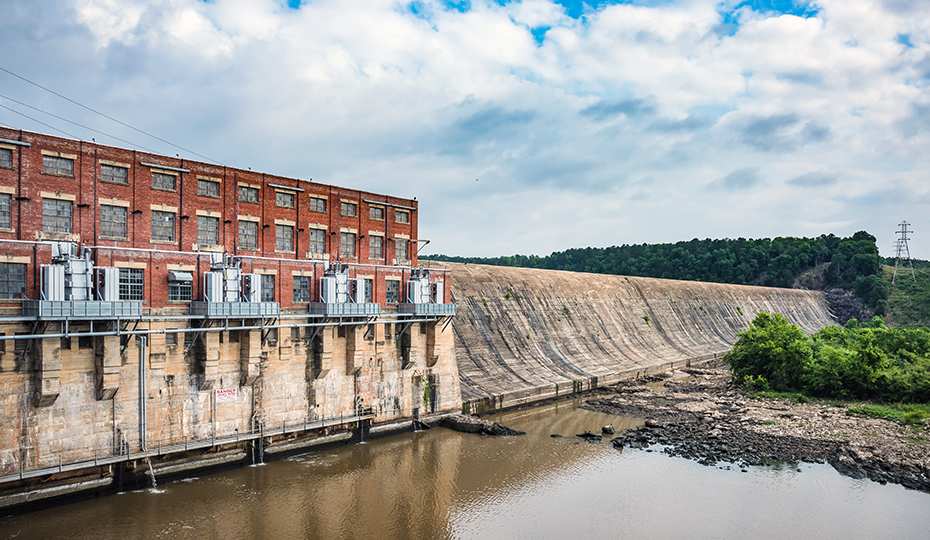 Duke Energy uses a number of technologies to improve downstream habitat and the dissolved oxygen levels before spilling it downstream: