Truckers can plug in, save fuel and help the environment

You’ve seen long-haul trucks idling their engines at truck stops. It’s commonplace as truckers look to provide heating, cooling and other necessities of the job when not on the road.

That truck idling burns about 1 billion gallons of fuel a year, according to Argonne National Laboratory, costing roughly $3 billion and 11 million tons of carbon dioxide released into the environment, not to mention wear and tear of engines.

Is there a better way? You bet.

Two projects funded by Duke Energy in North Carolina are getting drivers to use electricity to power the necessities a driver needs instead of running their engines.

"The economic and environmental aspects of the projects are terrific,” said Melisa Johns, Duke Energy's vice president, business development. “It allows drivers to use technology to save money and lower their own carbon footprint, which benefits our environment."

At the Big Boy Truck Stop off Interstate 95 in Johnston County, Duke Energy worked with IdleAir to install 24 electrification units. Truckers pay an hourly fee to plug in. In addition to no emissions, truckers will save around $1 an hour compared to fuel costs. 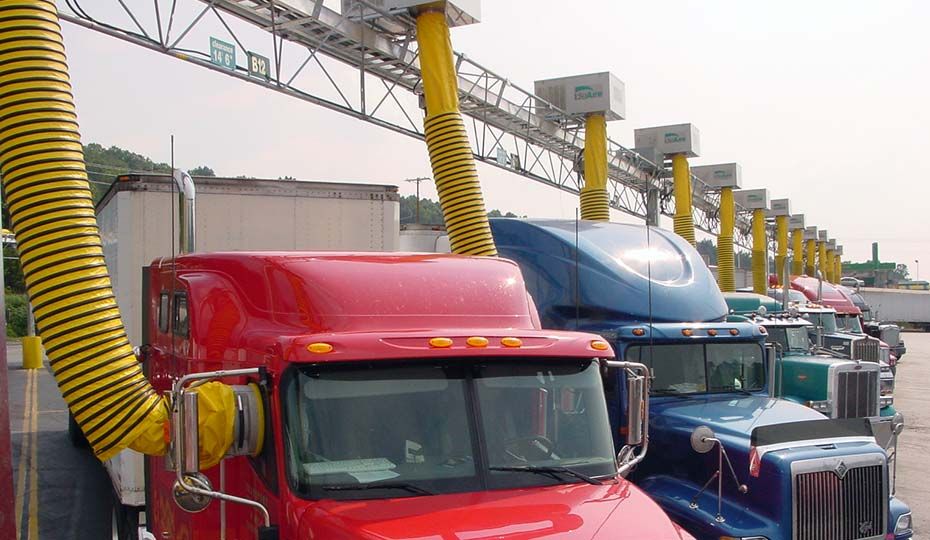 A federal mandate requires truckers to have an electronic logging device to make sure they drive no more than the allowed hours a day. When not driving, drivers relax in their cabs. But the noise of an idling engine can be disrupting.

“This gives the drivers a noise-free zone where they can enjoy many of the creature comforts they want, including a good night’s sleep,” said Brian MacDonald, vice president of Operations and Construction at IdleAir.

The two projects, funded by a 2015 settlement with the U.S. Environmental Protection Agency and environmental groups, are expected to save more than 50,000 gallons of diesel fuel a year.

While that’s a small part of the 38 billion gallons of diesel fuel used each year by trucks on the highway, it’s one way to create a cleaner environment. 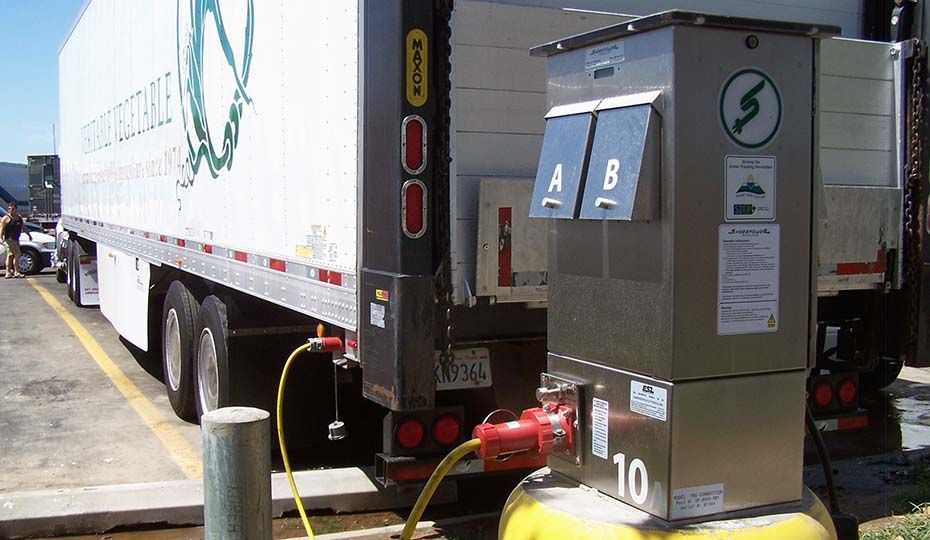 Trucks plugged in at Merchants Distributors in Hickory, N.C.