Time to recharge? Towns will be ready for you and your car 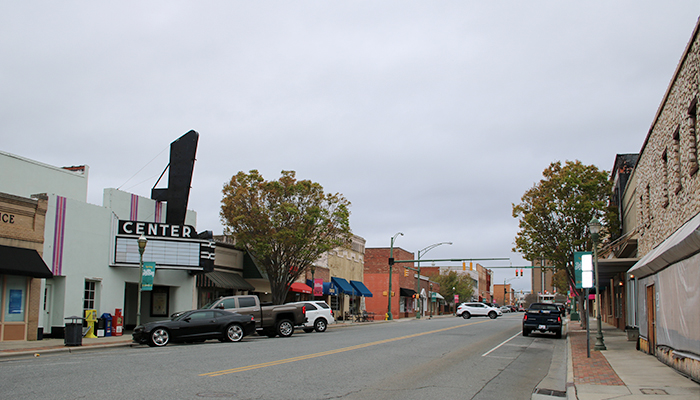 A new charging station at the Shute Family Parking Garden in downtown Monroe, N.C., will allow two electric vehicles to charge at once.

Monroe is one of about 80 cities and towns in North Carolina to receive a Duke Energy grant to install electric vehicle charging stations. The Electric Vehicle Charging Infrastructure Project is investing $1 million to help municipal governments add about 200 charging stations in the state – a 30 percent increase.

The grant, announced in December 2016, provides up to $5,000 for each charging port and was part of a recent settlement with the U.S. Environmental Protection Agency and environmental groups. Most city governments will install two ports with the grant, but some, including Kinston, N.C., are installing up to five. Monroe voted in June to install a station with two ports, allowing two vehicles to charge simultaneously.

The city is located in Union County about 25 miles southeast of Charlotte. It’s a convenient stop on a trip to the beach via U.S. 74, and Pete Hovanec, City of Monroe communications and tourism officer, said he hopes the stations will attract travelers who need to recharge.

“It’s not only for tourists,” Hovanec said, “but for our residents as well.”

More than 170 electric vehicles have been registered in Union County since 2012, according to the North Carolina Department of Transportation. ChargePoint, the nation’s largest electric vehicle charging network, found that while most people charge their vehicles at work, the second most popular place to recharge in public is in cities and towns, and the third is at shops. 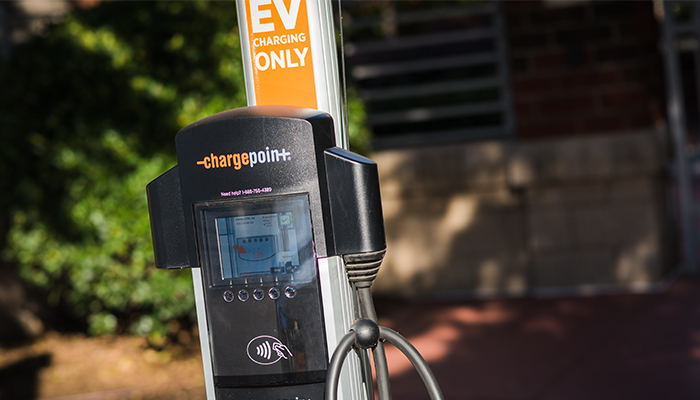 Example of a ChargePoint charging station.

The new charging station will be steps from Main Street businesses -- it will be especially convenient when renovations are complete at the historic Center Theatre. In 2013, the city purchased the theatre, which operated from 1940 until 1991, and a nonprofit is transforming it into a performing arts venue.

“Any kind of advantage or additional amenity we can offer to draw folks in,” Hovanec said, “is a real asset.”

New station charges bus faster than you can charge your phone

In addition to charging stations for personal vehicles in Monroe, the Electric Vehicle Charging Infrastructure Project is providing $450,000 for Greensboro to install a rapid charging station that can charge an electric bus in 7 to 10 minutes.

The Greensboro Transit Authority plans to convert its fleet of 47 diesel and hybrid buses to electric in 10 years. Each electric bus will save $350,000 over the lifetime of the vehicle, said Adam Fischer, Greensboro transportation director.

“It was really a business decision [to transition the fleet] and then the fact that there’s zero emissions and there’s no noise from the buses – those are added benefits,” Fischer said. “Same look and feel except they’re quieter, and there’s not that belch of black diesel smoke coming out either.”