Tim Hayes spends a lot of time looking at the ground. That might seem like an odd approach to interpret the world, but it’s the way of a wildlife biologist.

Eyes pointed just beyond his feet, he looks for tufts of fur, tracks in the sand, and even bits of poop because these are clues as to what wildlife lives near Duke Energy Renewables’ solar and wind sites. Every detail, he said, is a piece of the puzzle that provides a picture of the ecosystem and its health.

Hayes, who’s based in Terre Haute, Ind., is the environmental development director for Duke Energy’s commercial renewable sites. The solar panels and wind turbines are spread from the Carolinas to Pennsylvania, Texas, California and beyond. The company is expanding its renewable energy portfolio quickly with plans to own or operate 8,000 megawatts of renewables by yearend. 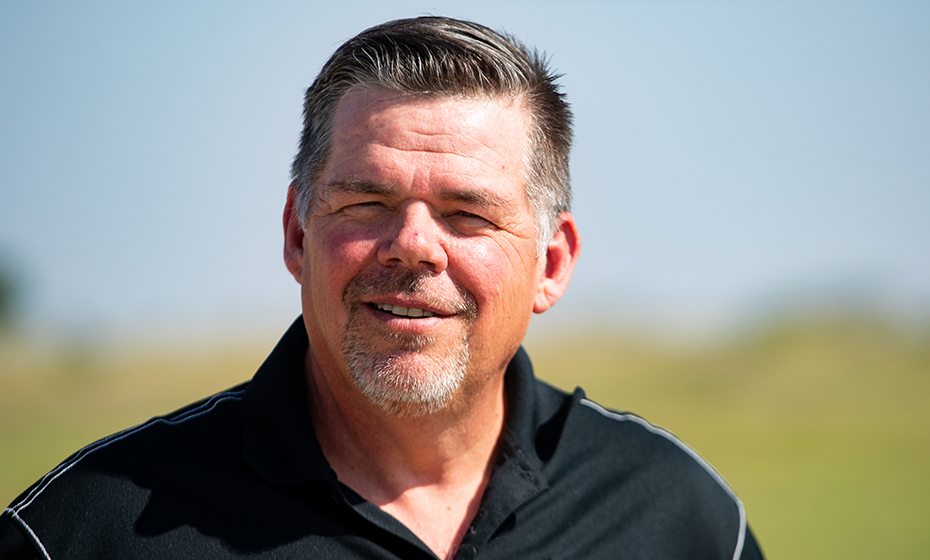 His team works with each site from pre-construction through operation. When he’s not looking for wildlife and analyzing population studies, he’s working with government agencies, nonprofits and technology developers to create policies, products and plans that keep wildlife safe while producing clean energy that customers depend on.

In 2017, he and co-worker Jim Meiers won a James B. Duke Award, Duke Energy’s highest employee honor, for creating the Energy Wildlife Action Coalition to develop environmental policies that balance the needs of federally protected wildlife and infrastructure necessary to produce reliable and affordable energy.

Hayes has worked for Duke Energy for 33 years and transitioned to renewables after spending the first 25 years in environmental compliance for coal plants and transmission power lines. He said people are often surprised to learn energy companies have biologists, but it’s a career he’s built on a lifetime of interest in wildlife and conservation.

“For my whole career, I have been able to leverage the power of industry to be able to do good things for conservation,” Hayes said, “and it’s one of the most rewarding parts of this job.” 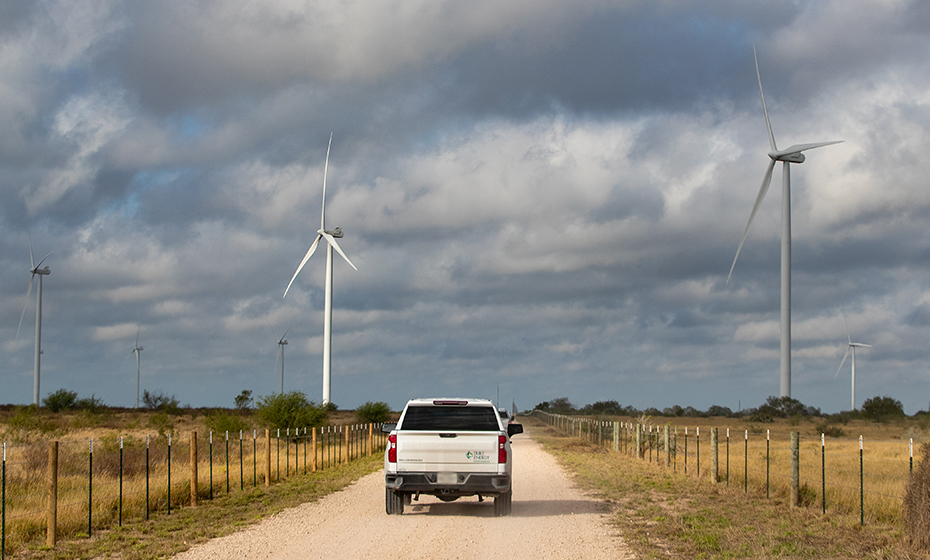 At Duke Energy’s Los Vientos Wind Project in Texas’ Rio Grande Valley, Hayes took over the company’s Instagram (@duke_energy) to show us what it’s like to be a wildlife biologist for one of the nation’s largest utilities.

Before construction begins on a project – sometimes more than two years in advance – Hayes coordinates wildlife biologists who survey wildlife at the site to determine if there are species that need to be protected. They consult with federal, state and local wildlife agencies, perform biological surveys and analysis and decide if the site will move on to the construction phase. In a few cases, sites have been abandoned because the risk to wildlife was too great. 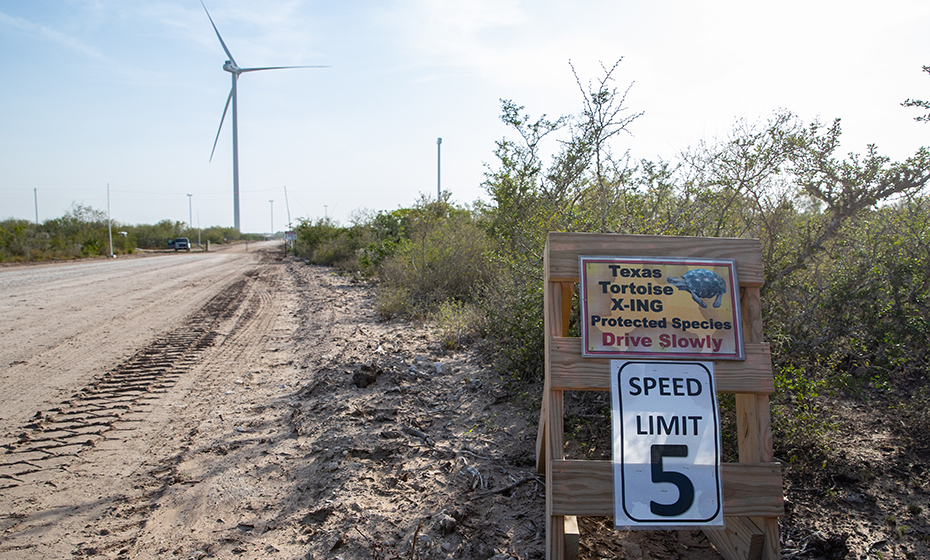 As construction progresses, Duke Energy hires consultants from that area who specialize in threatened or endangered plants and animals. While planning for Mesteño Wind Project, a 200-megawatt, 56-turbine site adjacent to Los Vientos, the team worked around a handful of species including the Texas tortoise, star cactus and the Texas Indigo Snake.

The crew had to build a dirt road through a piece of land that is, according to Hayes, a hotbed of tortoise activity – the Texas tortoise, a state-listed species roughly 8 inches long, loves the thick brush (it’s a shady place to rest), good soil and several water sources in the patch of land. Because the area was unavoidable, every worker was educated about the tortoise, and the team set a 5-mph speed limit through their favorite spot. 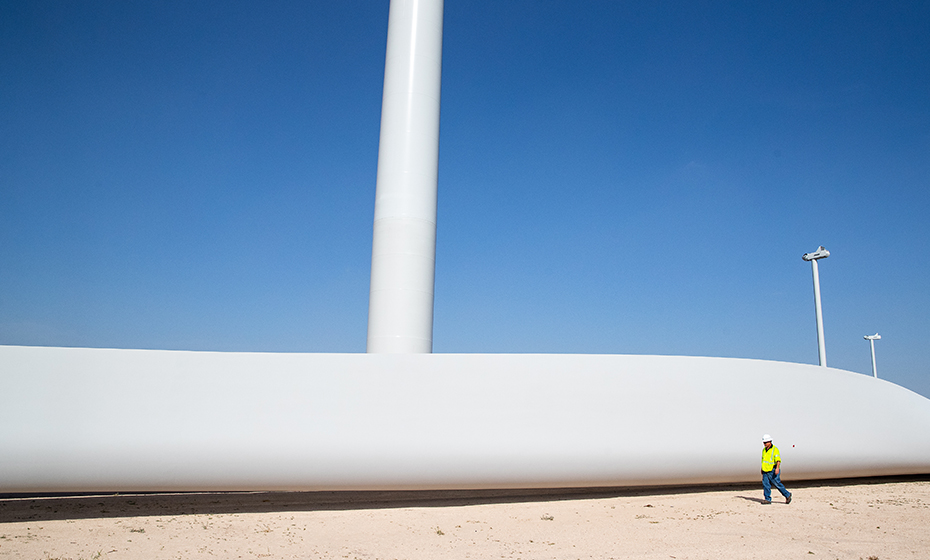 Mesteño Wind Project completed construction in December 2019 and has some of the tallest wind turbines in the country at 590 feet. Throughout construction, like he does with all his sites, Hayes meets with regional and federal agencies like U.S. Fish and Wildlife and Texas Parks and Wildlife to keep them posted on progress and challenges. 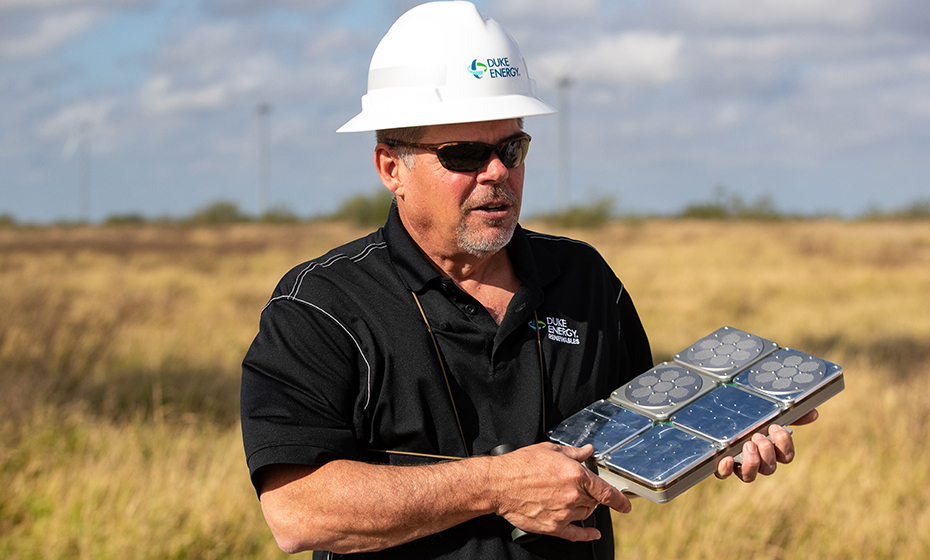 Once a site is in production, Hayes’ team performs bird and bat mortality surveys, and when the results are unexpected, Hayes prides himself and the company for proactively finding solutions. At Los Vientos, the team noticed higher than expected bat fatalities and Hayes saw an opportunity to work with a doctoral student at Texas State University and NRG Systems to test a new Bat Deterrent System. A two-year research study showed an 80 percent reduction in hoary bat fatalities, a bat species of conservation concern, while reducing overall bat fatalities by 50 percent. The device, pictured above, uses six speakers at the top of the turbine to emit a frequency that discourages bats from flying near the turbines. It was so successful that Duke Energy plans to install the technology on all 255 wind turbines at Los Vientos III, IV and V sites. It will be the first commercial installation of the technology in the continental United States.

Similarly, at the Top of the World Windpower Project in Wyoming, Duke Energy was the first wind operator to commercially install Identiflight, a technology that quickly detects eagles and slows the turbine to prevent collisions.

“This business and these wildlife issues are relatively new,” Hayes said, “and I get to be on the front end of finding out what the issues are and come up with ways to address them.” 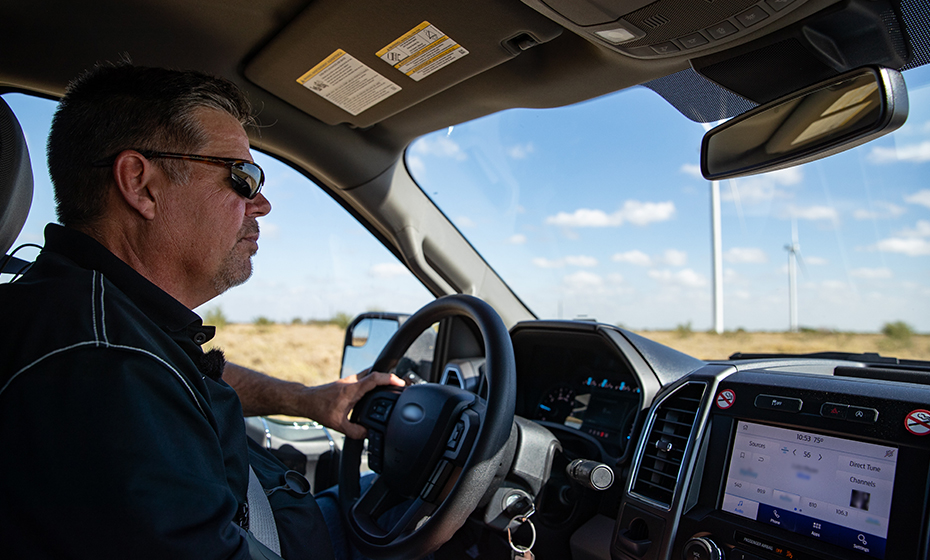 Hayes said he’s a true believer in renewable energy, which has fewer environmental impacts than some forms of generation. The biggest challenge with wind energy, he said, is protecting migratory birds and bats.

According to the American Wind Energy Association, wind supplied 6.5 percent of the nation’s energy in 2018. By 2030, the U.S. Department of Energy estimates it will supply 20 percent. As the industry grows, it’s increasingly important to find more solutions like the Bat Deterrent System and Identiflight. Hayes knows it’s not a problem he can solve on his own, but he’s glad to be part of the solution.

“As long as everyone has that overall goal of putting more renewable energy on the ground while reducing impacts,” he said, “you find partnerships that work and move forward in a positive way.”