Five students climbed mock utility poles at Denmark Technical College as their partners held a stopwatch to measure their progress at the end of their 16-week training. 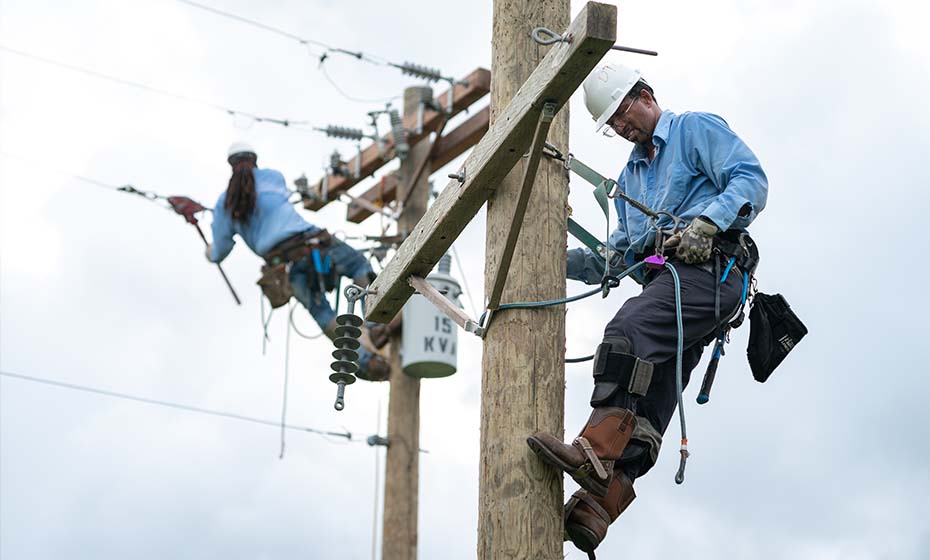 They spent the training learning the basics of linework and climbed the poles at the James W. Bowden Sr. Electrical Lineworker Range at the college in South Carolina. The field named after program founder and Duke Energy retiree James Bowden, who has spent years recruiting utility workers.

A few days later, they were the first class to graduate from the college’s program. Their instructor, Kyle Gawloski said the class has soaked everything in.

“They’re doing exceptionally well. We started off with, ‘just take one step,’” Gawloski said, “and now look at them.”

It’s an accomplishment for the students but also a milestone in Bowden’s 50-year mission to create opportunities for people of color in the utility industry.

“We're going to be able to provide line technicians throughout the Southeast,” Bowden said, “so it’s a dream come true for me.” 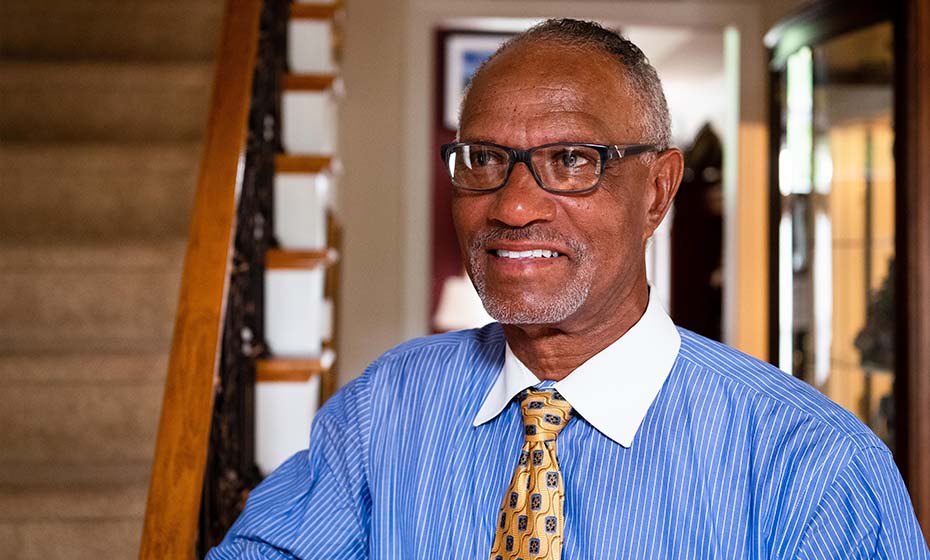 The program was started with help from James Bowden, a Duke Energy retiree.

Bowden joined Duke Power as a service technician in Greenville, S.C., in 1972 after graduating from an electronics program at Denmark Technical College. He was promoted to new roles and departments before retiring as a senior vice president in 2010.

Bowden made it his mission over his 39 years with the company to open doors for others. Once he retired, he had more time to devote to his mission.

“I look back at the progress that was made,” Bowden said, “and recognized that I could do more.”

He became the national alumni president for his alma mater, was appointed a commissioner for the college, and began mentoring students who might not have considered a career in the energy industry – with particular interest in helping  people of color and women.

It benefits the students by making them aware of the opportunities utilities provide and improves their chances of being selected for a job, but it benefits the industry, too, as it works to improve diversity. According to the U.S. Bureau of Labor Statistics, 84 percent of utility workers industrywide are white, and 77 percent are male. Duke Energy is committed to hiring more diverse talent. 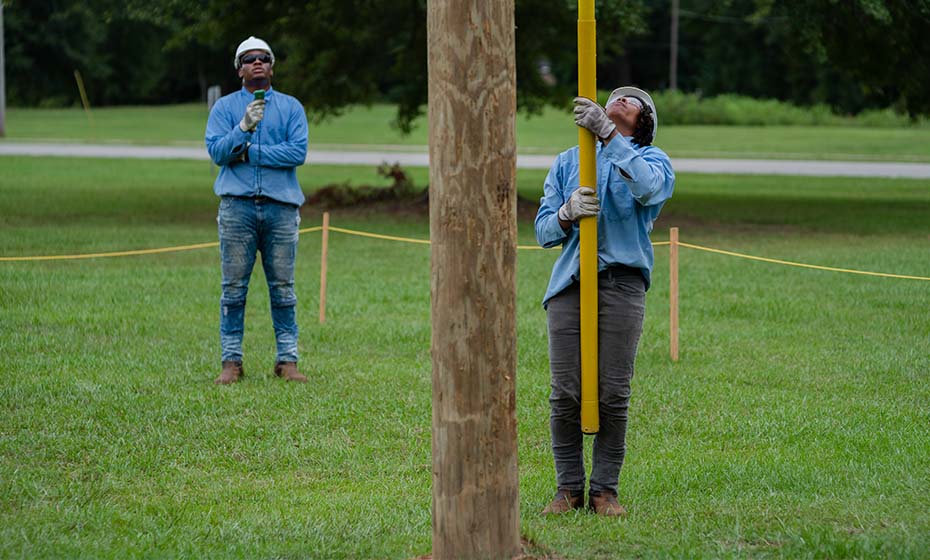 Duke Energy supports more than 20 lineworker training programs in the six states it serves, but Denmark Tech is the first HBCU.

Duke Energy supports 22 lineworker training programs in the six states it serves, and Denmark Technical College is the first to be a historically black college (HBCU). Duke Energy Foundation recently gave a grant to the college for scholarship assistance for program attendees.

Isabel Nieto, a Duke Energy talent acquisition manager, said the company would like to hire more from programs like the one at Denmark Technical College because they know the graduates will have the foundational skills and knowledge needed to start their apprenticeship.

“With Denmark being an HBCU, it's really exciting,” Nieto said, “and I feel like it's going to make such a huge impact on our industry and not just Duke Energy. Traditionally in the lineworker career path it has been challenging to attract diverse applicants, and I think the main reason is lack of awareness that opportunity is available – and it's available for everyone.”

Kevon Mack was part of the first graduating class. He hadn’t considered linework as a career until he heard about Denmark Technical College’s program at a career fair on campus.

Mack switched from his welding program to the lineworker program and said he prefers it to welding because he can work outside, climb and be part of a team. He said he looks forward to finding a job as a lineworker soon. 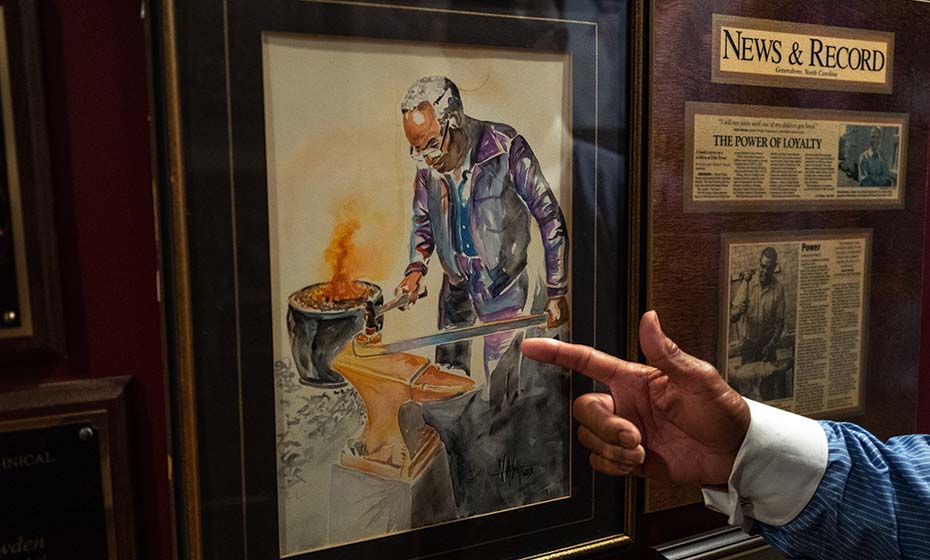 Bowden is a third-generation Duke Energy employee. His grandfather was hired in 1904 as an ironsmith. Bowden has made it his life's mission to carry on that legacy and open doors for others along the way.

“It feels good to finish the program,” he said, “and it’s a career path I plan on staying in.”

Bowden agrees that exposing more people to opportunities at utilities is important. Bowden is a third-generation utility employee. His grandfather was an ironsmith hired in 1904 to work on Duke Energy’s first hydroelectric plants along the Catawba River in South Carolina. His father was hired to do the same work in 1941. Each generation, Bowden said, gave the next the same assignment: achieve more than the last.

Now, he hopes others will be able to do the same through his mentorship and programs like the one at Denmark Technical College.

“I tried to do the very best job I could,” Bowden said. “I had an interest in making sure that I didn't just go through these departments but also paved the way for other minorities to follow.”