From Indiana’s families to farms, Duke Energy’s purpose is its customers

Duke Energy Indiana is the state’s largest electric supplier, serving more than 850,000 customers in 69 of the state’s 92 counties. Customers are as diverse as homeowners and small businesses, farms and schools, factories and municipalities. You can find them as far north as Rochester Metal Products in Rochester to as far south as Schimpff’s Confectionery in Jeffersonville.

We captured some of their images in the “Why We’re Here” photography project. Montages of the photos will be displayed in the company's regional headquarters in Plainfield to remind Duke Energy employees of the diverse population that relies on them to power their homes, assembly lines, pastimes and livelihoods. 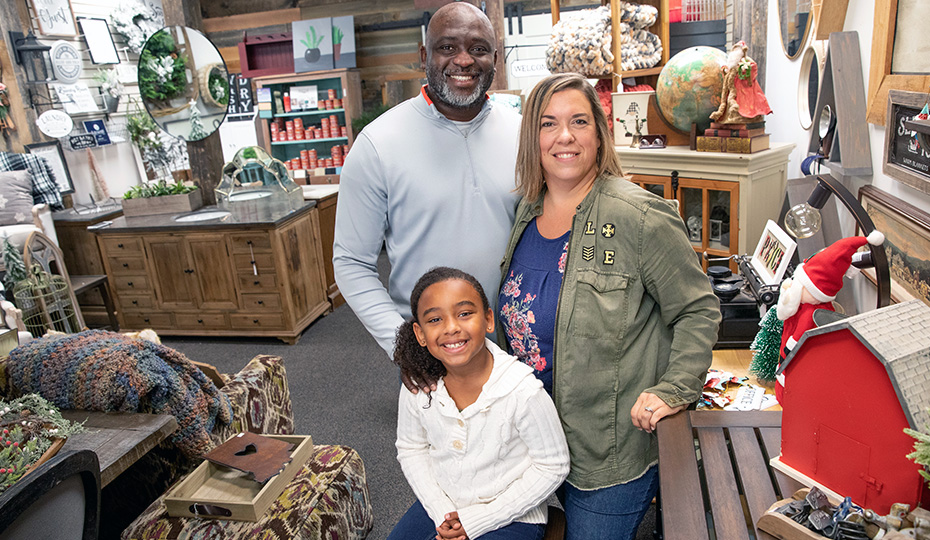 African Plum Home & More furniture shop is located in Duke Energy’s regional headquarters city of Plainfield. The store features new and restyled furniture, handmade and international items. Owner Suzanne Diallo’s maiden name was Plum and her husband Elhadj was born and raised in Guinea before coming to the United States for college. The couple thought the name African Plum represented them perfectly.

The Center for the Performing Arts in Carmel 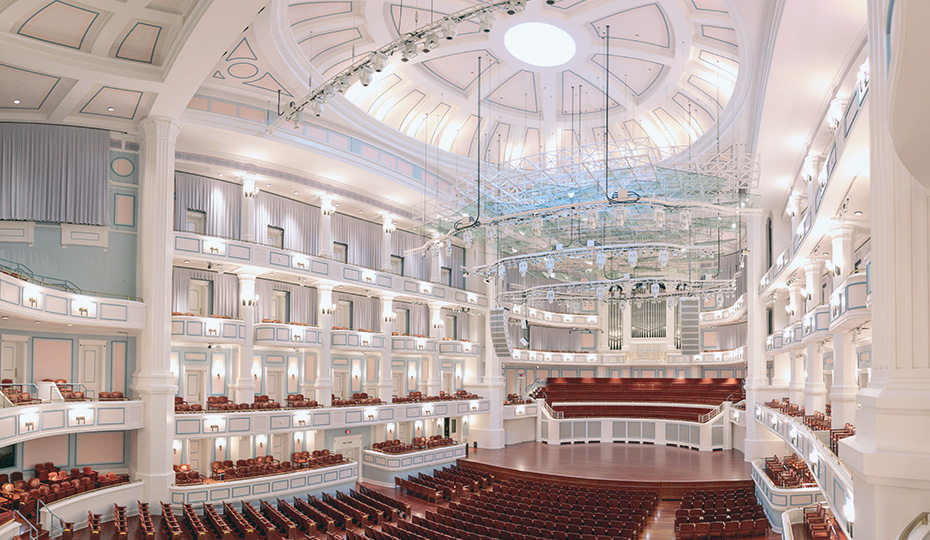 The Center for the Performing Arts in Carmel includes the 1,600-seat Palladium concert hall. Each year, the center’s performance season features top artists from around the world in genres including pop, rock, country, classical, jazz, comedy and the Great American Songbook. Since opening in 2011, the Palladium has hosted artists such as Gladys Knight and Itzhak Perlman in an architecturally and acoustically impressive setting. 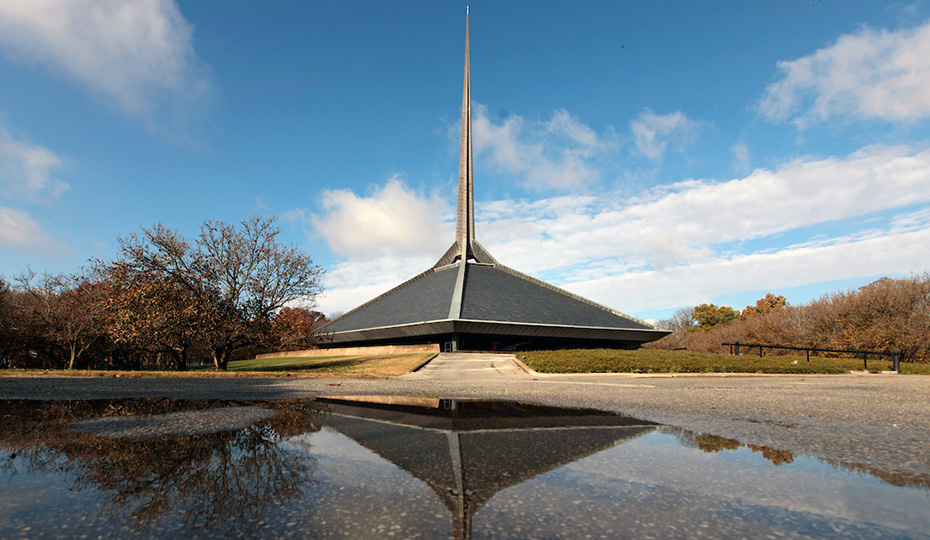 Columbus is a city of just 47,000, yet the American Institute of Architects ranks it among the nation’s most impressive for architectural innovation and design. Since the early 1940s, Columbus has been a destination for modern architecture, with works by some of the most enduring names in architecture, including Eero Saarinen, the Finnish American architect who designed Columbus’ North Christian Church. Designated a National Historic Landmark, the sloping roof of this six-sided building blends with the landscaped earth-mound that surrounds it. 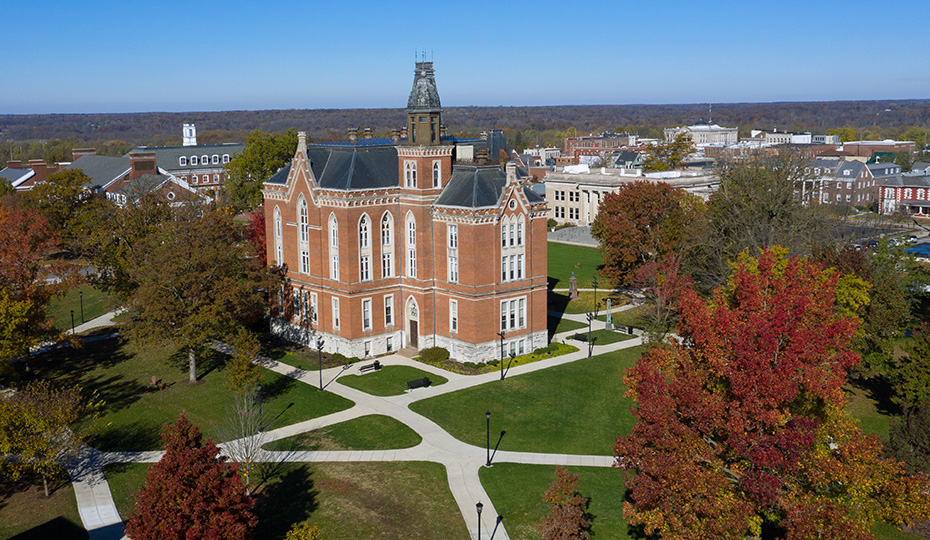 Founded in 1837, DePauw University in Greencastle is a private, liberal arts institution set on a picturesque campus of 695 acres. Its centerpiece is East College, which is on the National Register of Historic Places and is one of the oldest educational buildings in the Midwest still in use. DePauw consistently ranks as one of the best liberal arts institutions in the nation. 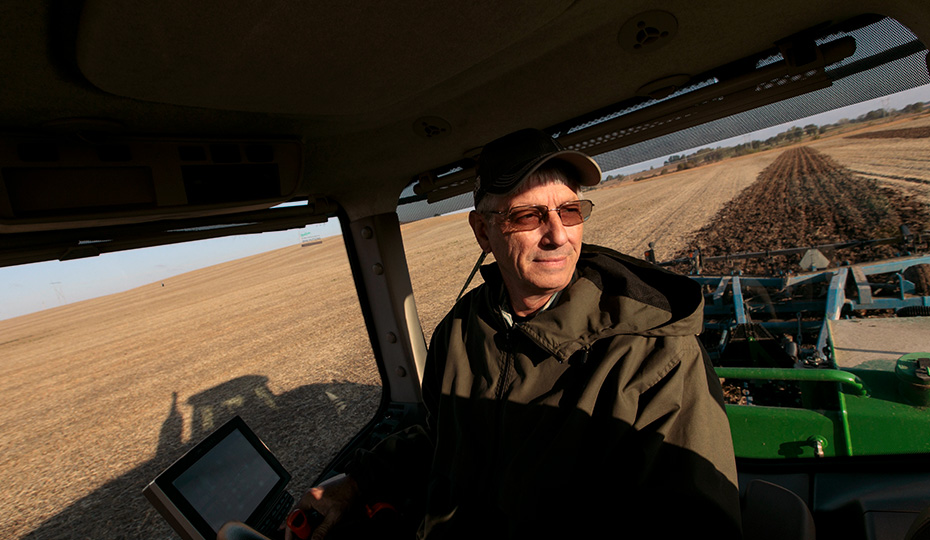 Vaughn Huey’s family has farmed in Indiana for decades. Moving from Pike County to Sandborn in 1958, the Hueys farm 3,000 acres of corn and soybeans. “The independence of it is pretty hard to beat,” Vaughn Huey said. “Your brain will tell you not to do it, but your heart says you can’t beat it.” 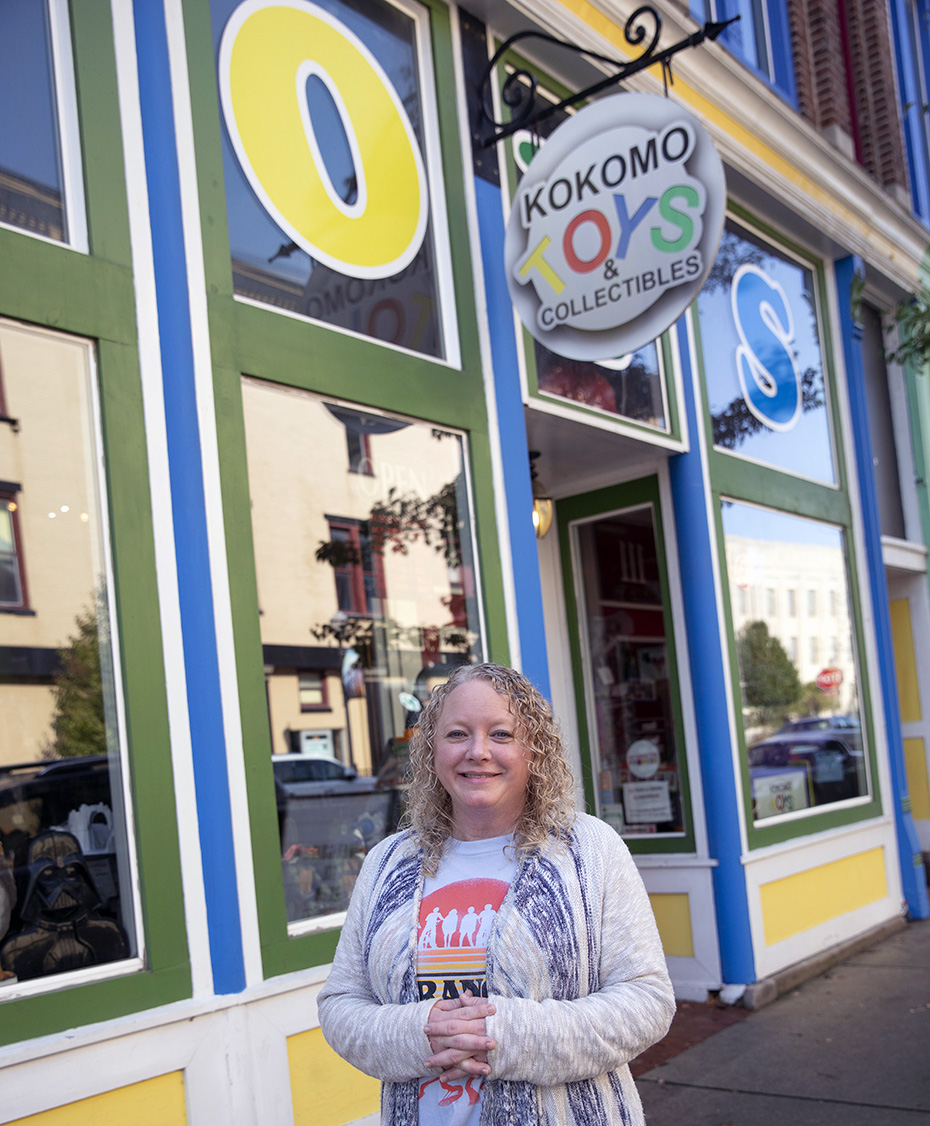 One of the many small retailers Duke Energy serves, Kokomo Toys & Collectibles is a family-owned toy store in downtown Kokomo. The store specializes in selling, buying and trading vintage and modern action figures and toys. With nearly 5,000 square feet of toys from the 1970s to today, it’s a theme park of nostalgia. Owner Amber Jordan opened the store in 2008 with her husband Todd. 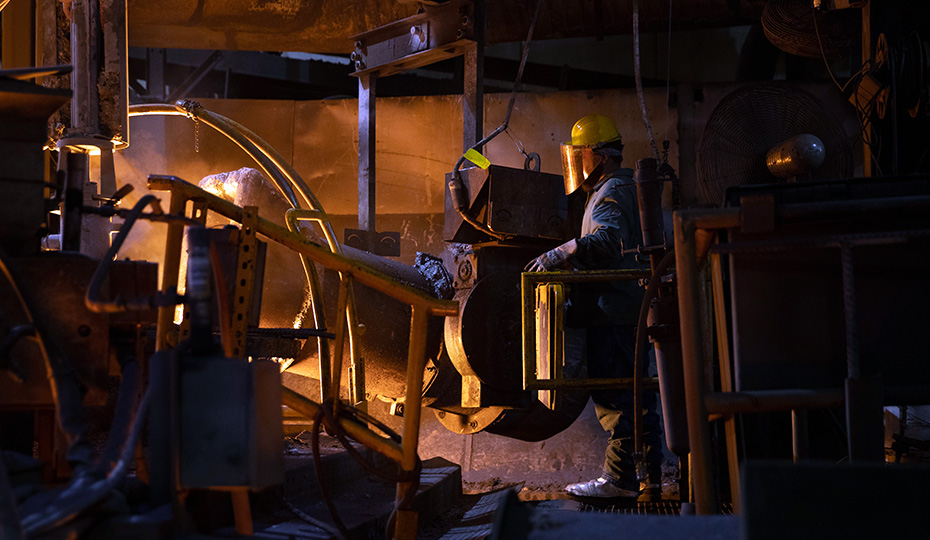 Since 1937, Rochester Metal Products in Northeast Indiana has produced iron castings for industries as diverse as automotive, construction, agriculture and energy. In 2012, the company transferred ownership to an employee-owned stock ownership plan. The move maintained local ownership of the more than 75-year-old company and preserved its strengths and assets for customers and the community. 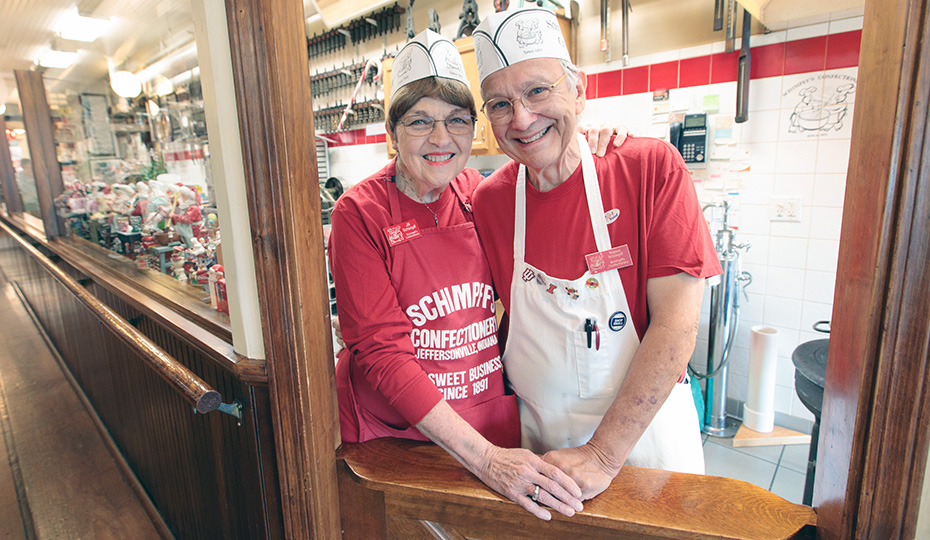 Family-owned for four generations, Schimpff’s Confectionery has been making handmade candies in Jeffersonville since 1891. Wayne and Jill Schimpff keep both family and community history alive in a brick and tile storefront that includes a candy-making demonstration area, a museum and an old-fashioned soda fountain and lunchroom. Married for more than 50 years, Jill and Wayne lead demonstrations of candy-making on turn-of-the-century equipment. When the smell of freshly made cinnamon red hots vents into the street, Jill calls it their “factory advertising.” 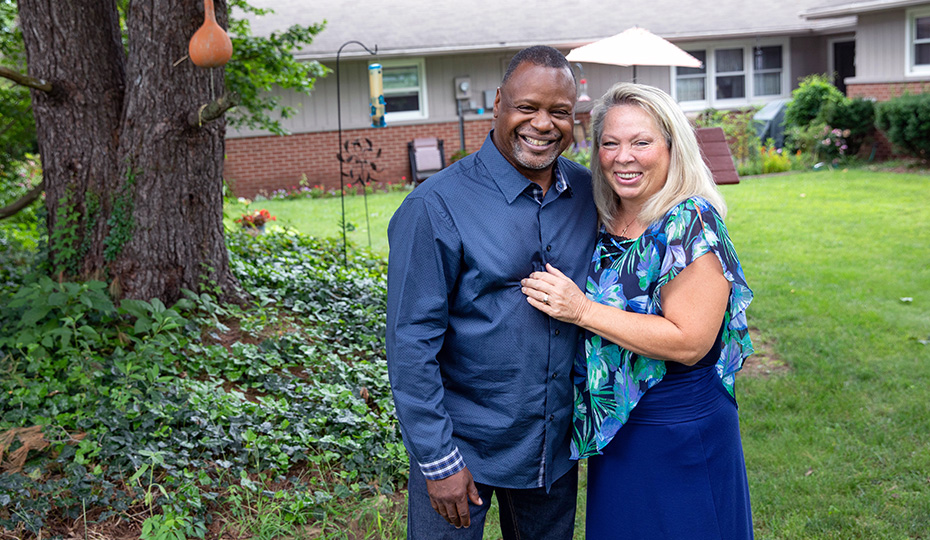 Tim and Sharon Shelby have lived in Terre Haute for 55 years. They are among more than 740,000 residential customers in Duke Energy’s Indiana service area. Tim is a former Duke Energy employee and line crew helper who helped deliver power in Terre Haute and statewide. He retired in 2015 after 42 years of service. 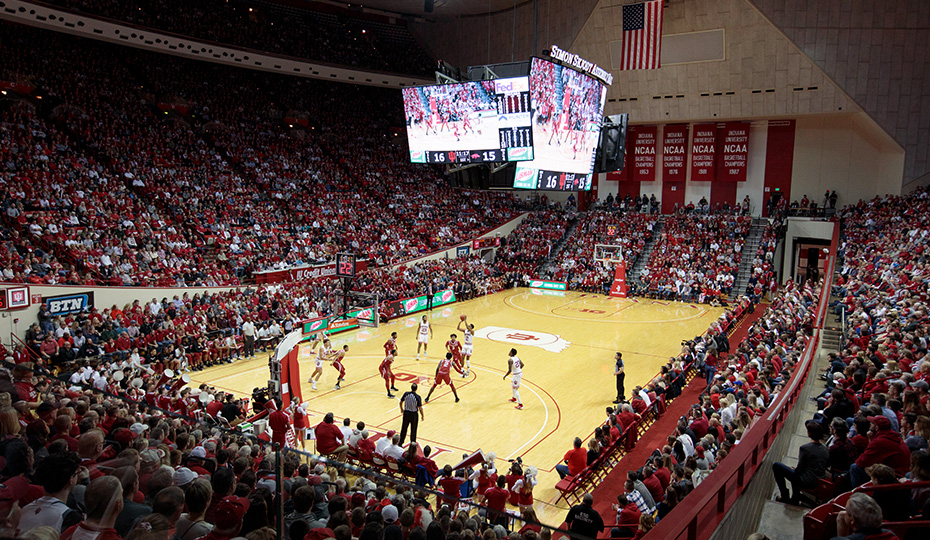 Simon Skjodt Assembly Hall opened at Indiana University during the 1971-72 basketball season. Since then, millions of fans have attended games there. The facility holds 17,222 people and consistently sells out throughout the regular season. Three NCAA National Championship teams have called it home in a state that is passionate about its basketball. 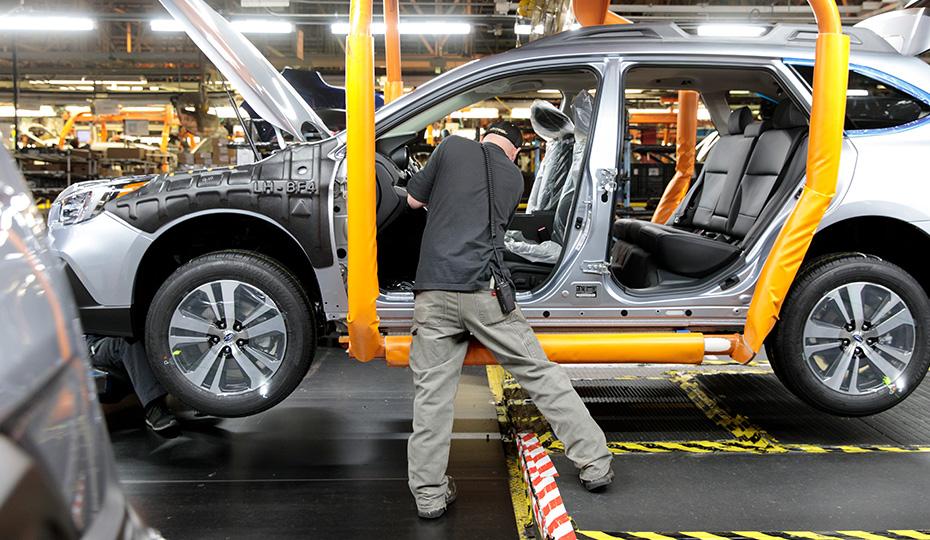 On more than 800 acres in Lafayette, Subaru of Indiana Automotive produces more than 1,000 vehicles a day. The nearly 5-million-square-foot facility includes operations ranging from stamping to final assembly. As the only Subaru plant outside of Asia, the company makes about half of all Subaru vehicles sold in North America. The plant is the first automotive manufacturing facility in the United States to achieve zero-landfill status. 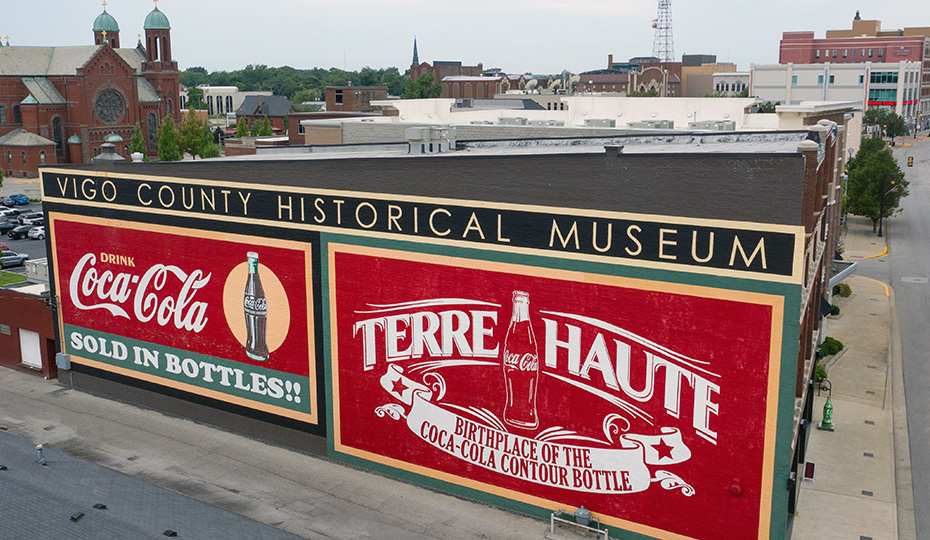