As Jennifer McCarthey Tyrrell walked the wooded trails at Caesar’s Head State Park in Upstate South Carolina, she noticed a palm-sized hole in a tree she knows came from a pileated woodpecker, a hut-like nest belonging to an ovenbird, and the squeak and rustle of a junco in a bush.

These clues tell her what kinds of birds use the forest, but Tyrrell has an even better way to know what birds are at the state park and when. 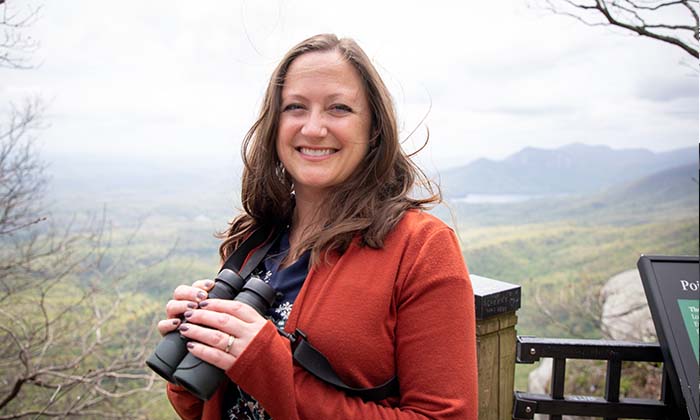 Tyrrell is a master bird bander and engagement manager for Audubon South Carolina. Her job involves advocacy, research, education – and now she’s also responsible for installing and monitoring Motus towers, a new technology that will help researchers around the world track, understand, and protect birds.

How does it work?

Researchers like Tyrell catch and tag birds with a radio transmitter. The tags are so light they can be used on bats and large insects like butterflies. When the animal passes a Motus tower, its tag emits a signal that’s picked up by the tower. The tower is connected to a computer that sends the bird’s data to a database where researchers can see each bird’s history.

“I kind of equate it to a toll pass,” Tyrrell said. “You have a little tag on your car, and as you drive through the checkpoint, it picks up your car, and you get charged a fee. This is the same thing except the birds don’t get charged a fee. They fly through, it picks up the information and downloads to the computer. Then we can watch it in real time. It's really exciting to see what new mysteries you could unravel just by refreshing the page in the morning.” 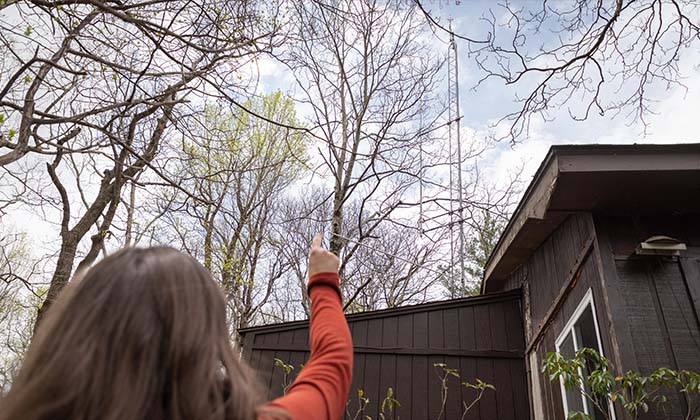 “The Motus tower uses an old technology in a new way,” Tyrrell said. “It uses old VHF radio waves on a receiver on the top of the building. Then birds are outfitted with these little transmitters across North or South America, and when they fly by a tower like the one here at Caesar’s Head State Park, their information gets picked up and uploaded to the internet so researchers can watch where birds come from and go to.”

There are more than 1,400 Motus towers in 31 countries. Audubon South Carolina, with help from donors including Duke Energy, has installed 10 from the coast to the upstate. With a larger network, birds are more likely to pass towers, which will provide a more complete picture of their migratory behavior.

Motus is more effective and affordable than other tracking methods. With a regular bird band, bird banders catch a bird, put a small metal band around its leg and manually record data including where and when the bird was found and its health. To learn more about its behavior, another bird bander would have to recapture it.

Another method involves a small tracker placed on the bird to record its location but requires recapture and removal to download the data the following year.

“It's really difficult to catch them again, and not all birds come back,” Tyrrell said. “Migration is very dangerous, and birds don't live very long. You spend a lot of money and time putting units out, and maybe you’ll get a couple back. It's a lot of time and energy.” 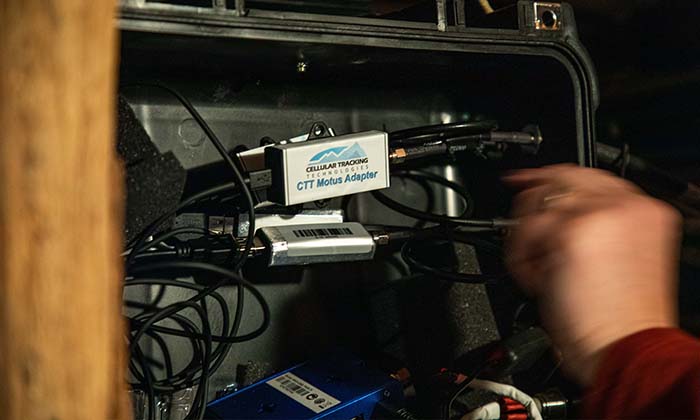 “What's really exciting for me is I kind of obsess over it in the fall and spring,” she said. “I wake up, and the first thing I do before I even check my emails is go to our Motus site and see what flew over the night before. Sometimes you get really interesting surprises – like I had no idea we were going to get a nighthawk that was banded in Montana along the Savannah River. We had no idea that birds from that section of the country even came over here.”

Bird banders also use satellite tags that work similarly to Motus to gather more data than manual tags, but those are expensive – $2,500 per tag compared to a $250 Motus tag – and too heavy for smaller birds.

“To understand little birds like Swainson’s warblers or Baltimore orioles, you need a smaller bit of technology that the birds can carry for the entire year,” she said. “It’s really cool that we’re able to study and see the movements of these animals that we had no idea what they did before.”

The Swainson’s warbler is a small, elusive bird that lives in dense forests and swamps in the southeastern United States and Caribbean. It’s so difficult to find that it’s sometimes called the “ghost bird,” but Motus is making it easier for Tyrrell and researchers from several universities to study their migration.

Tyrrell said Audubon is also working with state and federal wildlife agencies to study red knots, an endangered bird that uses the area as a migratory pit stop, and Baltimore orioles, which winter in South Carolina.

As birds face more threats than ever, including habitat loss, climate change, lack of food and pesticides, group projects are necessary. A study from Cornell University published in Science in 2019 revealed that North American bird populations have declined by nearly 3 billion birds since 1970, which researchers say is an unprecedented loss. Common birds like the yellow-throated warbler and the red-headed woodpecker are among the most affected. 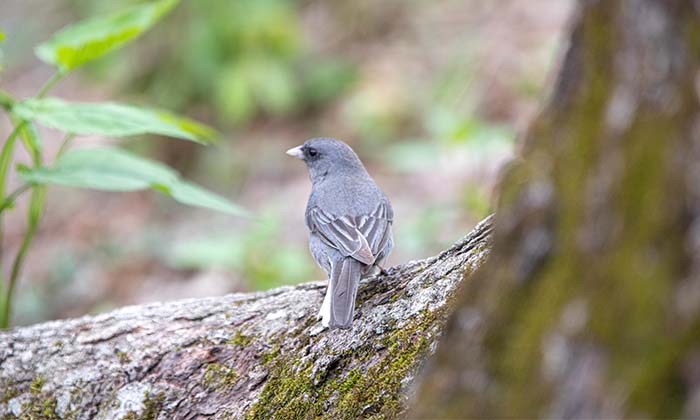 A dark-eyed junco on the trails at Caesar’s Head State Park, one of the highest points in South Carolina and an important migratory stopover for many birds.

Since deploying their first tower in 2019 at Dewees Island with the Dewees Island Conservancy near Charleston, they’ve recorded over 200 birds. They plan to install at least four more towers in 2022 and deploy Motus nanotags on more birds, so they have more information about what birds need to thrive and understand their full annual lifecycle conservation needs

“If we see a decline in bird populations, it's usually an indicator of a bigger problem, like climate change or a pesticide or a pollutant issue going on,” Tyrrell said. “Birds really tell us what's going on in our environment, and when we protect birds and the places they need, we also benefit from a healthier, cleaner environment. What's good for birds is good for us in the long run.”

How you can help birds

Here are seven easy ways you can help protect birds according to Cornell University:

Simple adjustments to your windows can save birds’ lives.

The U.S. has 63 million acres of lawn. That’s a huge potential for supporting wildlife.

Look for organic food choices and cut out some of the 1 billion pounds of pesticides used in the U.S. each year.

Protect Our Planet From Plastics

91% of plastics are not recycled, and they take 400 years to degrade.

Bird watchers are one of science’s most vital sources of data on how the ecological world is faring.