These plant workers are devoted to helping their town

For employees at Allen Steam Station, community service is personal

Employees at Allen Steam Station have a history of service, but last year, plant manager Brent Dueitt decided he wanted to do more. So, he trusted Adam Toney with building relationships and finding new ways employees could help.

Toney, who coordinates safety procedures at the plant’s work control center, has worked for Duke Energy for nine years, and lives in Belmont, N.C., with his wife, Amy, and sons, Jackson, 5, and Brooks, 2. Leading the community service team to improve his town, located 15 miles west of Charlotte, was a perfect fit. 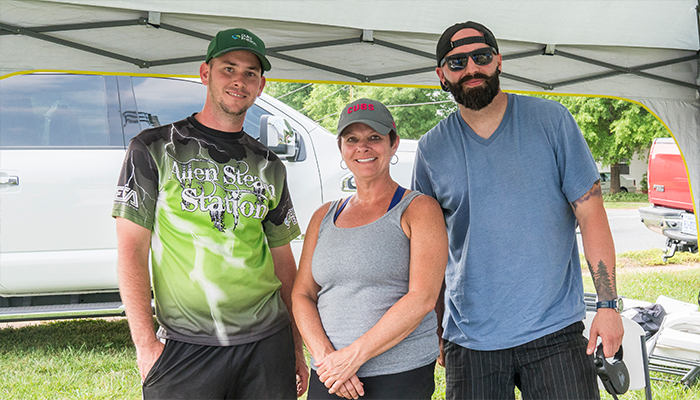 “He lives right here in the community, so it was a great opportunity,” Dueitt said. “He has really taken the project and ran with it.”

Walking into the plant, it’s hard to miss the fliers advertising upcoming fundraisers including lunch sales, raffles and tournaments. The 10-member community service group meets each month to plan activities.

The Allen plant celebrates its 60th anniversary in June, and like most plants, the employees have always given back to their community. They regularly participate in established fundraisers and volunteer events benefitting organizations like the United Way, Steve’s Coats for Kids and holiday gift drives.

This year, in addition to raising $23,000 for the United Way of Gaston County through a golf tournament, the committee donated more than $2,000 in school supplies to Belmont Middle School, helped Belmont Central Elementary purchase 93 Chrome Book laptops, and raised $1,000 to buy a park bench for Stowe Park. The bench, installed in February, features a small plaque recognizing the employees’ donation and is well used on weekends when Main Street is bustling and the park is full of children playing. 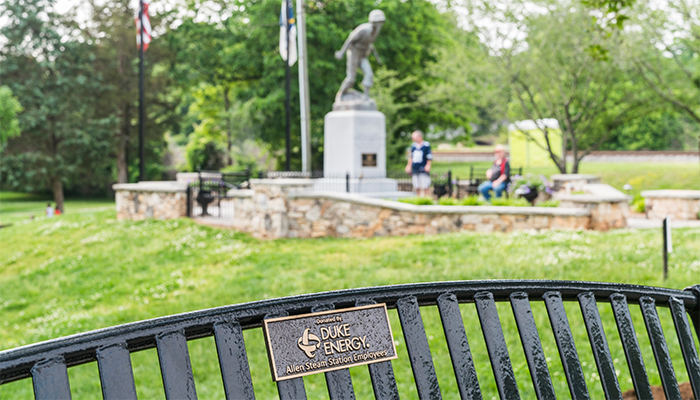 The community service team's first project with the city was raising $1,000 to buy this bench at Stowe Park.

That was the first project employees worked on with the City of Belmont, and they have more planned.

When Toney asked Belmont City Manager Adrian Miller if there was anything else his team could help with, Miller told him about vandalized slides in Davis Park. Three slides were wrecked in October 2016, forcing the city to remove the slides and board the gaps in the playground equipment. It would cost about $5,000 to customize replacement slides.

The money wasn’t in the city’s budget, but Toney brought the problem to the committee.

“I took my kids out there,” Toney said, “and I thought, ‘We have to do something about this.’” 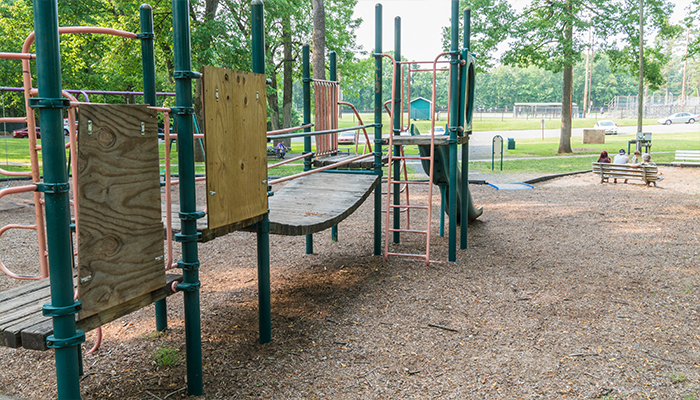 The slides at Davis Park were boarded up after they were vandalized last year.

The committee organized a softball tournament for late April to raise $5,000. For seven months, Toney planned the event, secured donations and sponsorships and signed up more than 100 players to fill 11 teams. Duke Energy fielded two teams.

Duke Energy vendor ARC Energy played in the tournament in addition to grilling and giving away hot dogs Friday night while another vendor, Sunbelt, handed out free bottled water as temperatures reached 90 degrees on Saturday. Sunbelt and Envirovac were also Home Run Sponsors providing 100 softballs for the tournament.

The tournament surpassed its fundraising goal by more than $1,000. The committee decided to give the extra to another playground in need at Belmont Central Elementary. For the past year, a fourth grader has been raising money to buy a swing set for second and third graders, which would cost the school about $12,000. 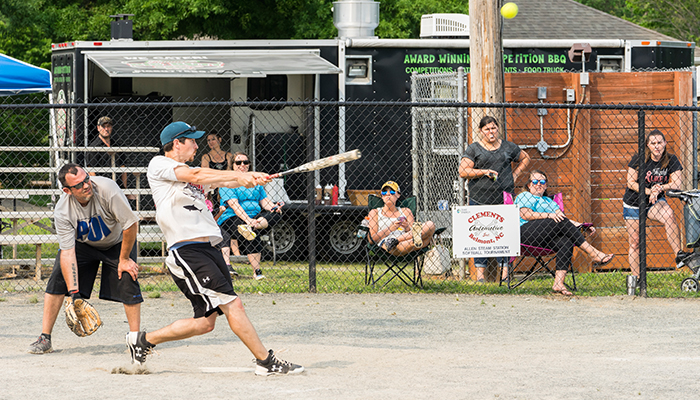 The softball tournament raised $6,000 for Davis Park in Belmont, N.C.

“That little girl has been raising money for more than a year,” Toney said. “And it’s not even for her own swing set.”

With the help of her parents, teachers and classmates, the girl raised roughly $6,500 through fundraisers and raffles. Between the softball tournament earnings and two fundraisers at Allen Steam Station, the community service team plans to donate $4,000.

Toney said he hopes by giving back, people will see that Duke Energy employees care about the towns they live and work in.

“My kids go to school in Belmont, I’m friends with people who live here, and most of our kids go to the same school,” Toney said. “So, we try to do what we can.”