The industrialist and the artist

Thomason was the son of Duke’s associate, Edgar Thomason, and a budding artist, even though his father wanted him to pursue a career in business. He had spent a year at Davidson College and joined the Navy in World War I. After the war, he worked in a cotton mill and painted in the family home on East Morehead Street in Charlotte. 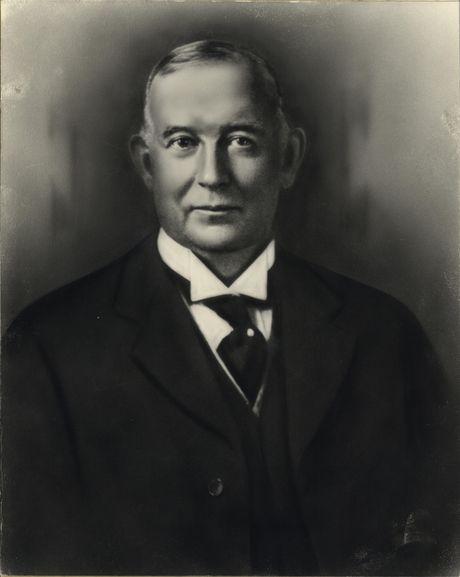 Portrait of James B. Duke by C.S. Wiltschek in the Special Collections Library at Duke University.

Duke asked young Thomason to prove his potential. “Paint my portrait,” Duke told him, according to art historian and curator Martha Severens. “If you succeed, I will send you to art school.”

Now, Thomason’s work is on display at Charlotte’s Mint Museum Uptown (through March 27, 2016) in the exhibition “From New York to Nebo: The Artistic Journey of Eugene Thomason.” The Duke Energy Foundation is sponsoring the show of more than 30 paintings, most from the Johnson Collection in Spartanburg, S.C.

In an hour, Gene Thomason sketched the industrialist in charcoal, and Duke – founder of Southern Power Co., a Duke Energy predecessor – liked what he saw. Duke was going away for two weeks so he gave Thomason a photo and told him to paint. Duke liked the oil portrait and took the young man to New York City and gave him a monthly stipend and some advice:

“Gene, don’t ever commercialize your art. You won’t be that kind of artist, as you have the talent, and abilities to become a great painter – now it is up to you.”

Thomason arrived at the Art Students League in New York in 1921, and was influenced by Ashcan School artists, including Robert Henri, John Sloan and George Luks, who would become Thomason’s mentor and friend.

Thomason spent about 10 years in New York developing his vivid style before returning to North Carolina in the early 1930s. He lived in Charlotte before moving to Nebo, about 70 miles northwest, in the foothills of the Blue Ridge Mountains.

“This is an artist,” Severens said, “who loves paint.”

Photos of paintings courtesy of The Johnson Collection.

His work is distinguished by thick paint, bold brush strokes and realistic topics. Ashcan movement artists got their name by depicting the gritty urban life of the early 20th century.

In the exhibition, Thomason’s work is organized by topic: student years; a trip to Ireland; Charlotte, including a painting of President Franklin Roosevelt's speech in Charlotte in 1936; North Carolina recreation (hunting, moonshining, fishing, football and wrestling); and the Hankins Family. 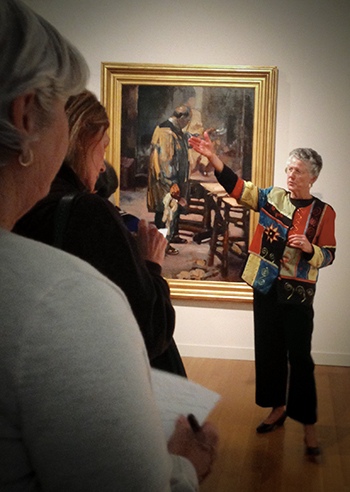 There wasn’t a real Hankins family.  “Thomason captured the spirit of Appalachia in both landscapes and portraits,” the Johnson Collection website says. “This series, considered the artist’s most significant work, foregoes stereotypical presentations of mountain folk in favor of vibrantly unique composite character studies.”

Thomason’s art was featured in exhibitions across the South including the North Carolina Museum of Art, South Carolina State Museum, Mint Museum of Art, and Asheville Museum of Art. He spent more than 30 years depicting the people of the Blue Ridge Mountains before his death in 1972.

And the portrait of James B. Duke that launched Thomason’s career? Duke preferred it to one by John Singer Sargent. While Severens and others have searched for the painting, its whereabouts remain a mystery.

Sign up for real-time alerts and the weekly newsletter delivered to your inbox.