The courage to forgive, the power of healing

How a war veteran in Florida finds meaning in helping others

Even stage IV colon cancer couldn’t keep Reed Franklin from returning to Vietnam 40 years after he served in the war. He flew to Hanoi with an international humanitarian health care organization but also on a personal mission.

At schools and orphanages, in hospitals and museums, on city sidewalks and in rural communities, he played guitar for anyone who would listen and he asked for forgiveness as a former U.S. Marine who fought in their homeland. 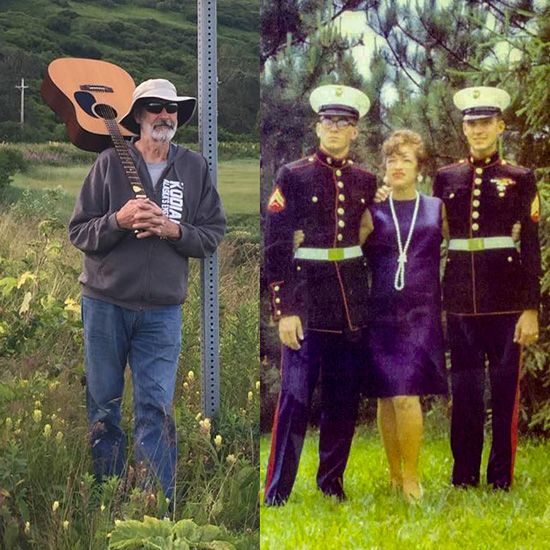 “I had to go back, no matter what it took, even if I were to die there,” said Franklin. “Everyone I met, from every level of Vietnamese society, had someone in their family who had been injured or killed by the bombing. They were the most gracious, loving people and I was overwhelmed by their hospitality. They told me, ‘The war is over. … We are friends now.’”

And more importantly: “You are forgiven.”

Eight years after that transformative visit, Franklin shows no signs of the cancer he was told would end his life. Now 70, he still works as a combustion turbine technician at The Duke Energy Cogeneration Plant at the University of Florida in Gainesville.

Though he plans to retire in the not too distant future, he has no plans to slow down. He recently bought a tractor with multiple attachments and plans to hire himself out to mow grass, clear land and till gardens.

Retirement will also allow more time to devote to his passions: Playing fingerstyle guitar and helping people in need – often at the same time.

On his days off work, Franklin plays and teaches guitar to homeless vets at the Honor Center for Veterans in Gainesville. He also plays music at Fisher House, which is similar to a Ronald McDonald House but for military veterans.

“His life story is just an incredible testimony to perseverance, faith and giving back to his community,” said Jay Chesser, station manager at the Duke cogeneration plant. “At 70-years-young he works a rotating 12-hour shift seven days straight. We don’t have elevators on our heat recovery steam generator, but that doesn’t stop Reed from multiple trips up and down the 10 flights of stairs daily.

“I love how he speaks to college students when they come through for tours, very motivating and with a tone of fatherly advice. What he’s done, is doing and plans to do is a testimony to how we all should live our lives.”

Franklin is philosophical about what drives his outreach. “It gives meaning to my existence,” he said. “I think Einstein said, ‘Only a life lived for others is a life worthwhile,’ and I agree with that.”

He said he loves all people. “You can live a life not hating anyone. Everything we’ve experienced and learned we can turn around and use for good.”

During his two years in Vietnam he worked on communication and navigation equipment at air bases. He wasn’t in hand-to-hand combat but saw plenty that he’d rather forget. In April 1969, when he returned home at age 21, he endured the nation’s anger. “They called us baby killers and murderers. I wore my dress blues to my youngest sister’s high school graduation in June 1969 and never wore them again. I traded them for a cassette player.”

The war haunted him. “I felt very sad, depressed and guilty.” He shuffled through many different jobs, manual laborer, technician, nursing assistant and more. “I was wandering in the wilderness.” 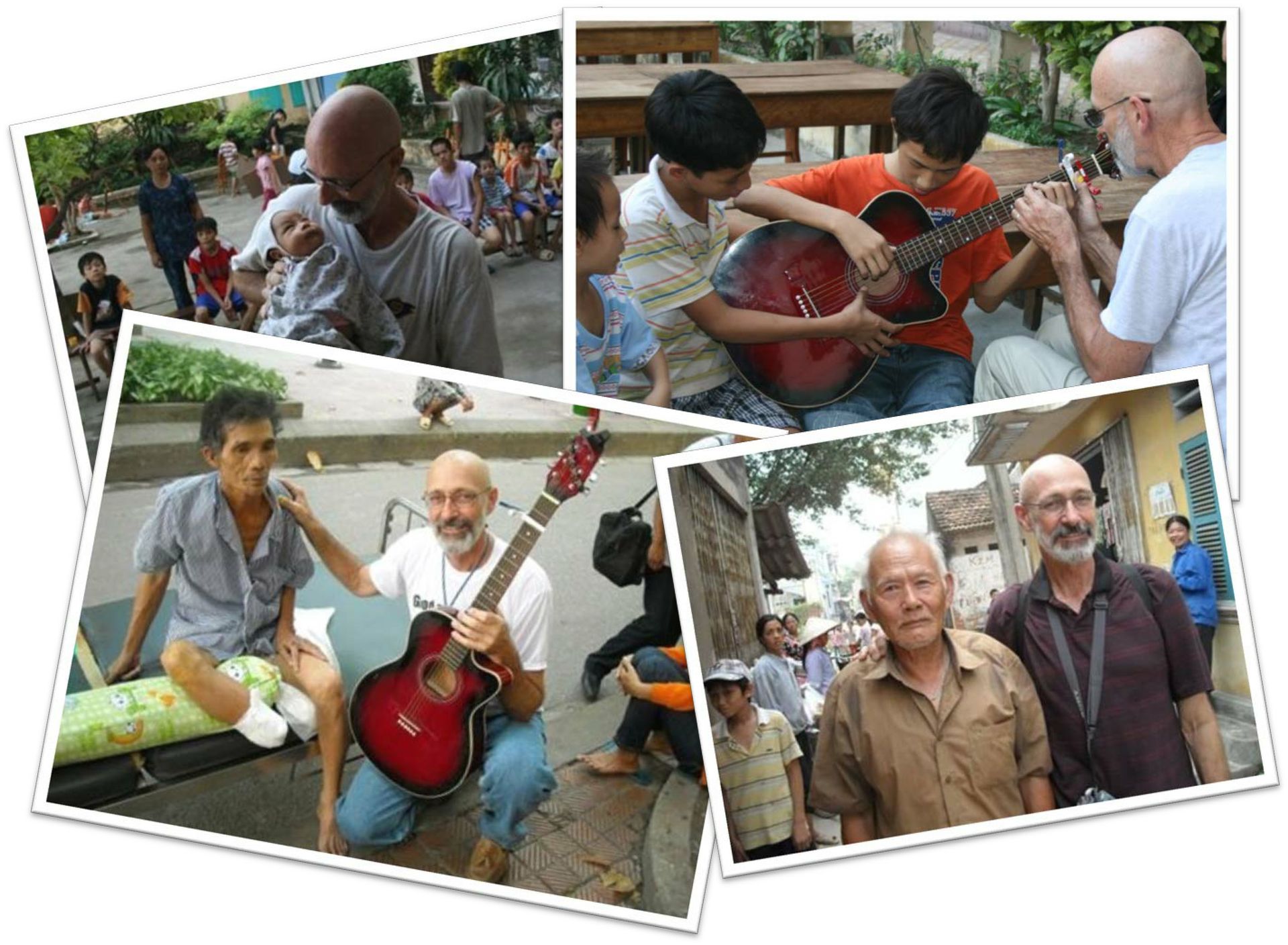 He met his wife, Ann, a school teacher, when they were students at Florida Bible College, where he got a degree in theology and Biblical education. They raised their two boys and two girls on the same principles that guide them – a strong faith and service to others.

He accepted a position as a fill-in pastor at the Tonawanda Indian Reservation in Western New York State but realized that wasn’t his calling. In 1987, he hired on with Duke Energy at the Crystal River Nuclear Plant and has worked for the company ever since.

Not long after he was diagnosed with terminal cancer in 2009, he learned that CardioStart International was planning its first mission to Vietnam. He serves on the group’s board of trustees. Despite his cancer and chemotherapy treatments, he worked as photographer/videographer for the trip.

“He showed incredible courage,” said Dr. Aubyn Marath, a heart surgeon who founded the humanitarian group. As Marath scrubbed up to operate, Franklin scrubbed up to document the work. Afterward, while patients recovered in ICU, Franklin played his guitar for them. 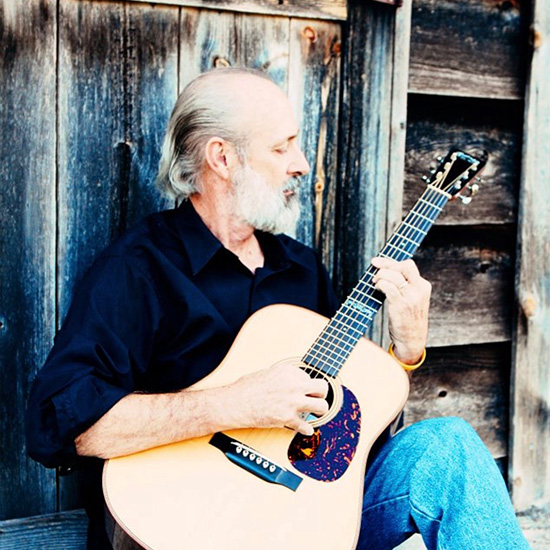 The most memorable moment for Franklin came while he was talking with the father of a 21-year-old patient undergoing a human heart valve transplant. “He and I were both born in 1947 and fought on opposite sides of the war. During one time frame we were only a few miles apart from each other. It was almost like a dream, to be involved in saving the lives of a number of children and to have one whose daddy and I were on opposite sides during the war. That was very healing to me.”

As he looks toward retirement, Franklin envisions new ways of bringing healing to others. He hopes to buy a small bus and a large boat. He will invite veterans and their families to join him for rides and picnics on Lake Santa Fe, where he lives.

“I have special places in my heart for everyone,” Franklin said. “But, yes, veterans, active military and their families are very dear and precious to me because of my experience. I’ve been there. I’ve felt the pain and the emotions and struggles. War is a horrible fact of life on this Earth. I can’t change that. But I can try to mitigate the suffering of others as best I can, in any way I can.”

Fisher House offers shelter and support to military, veterans and their families during a medical crisis.

Cardiostart provides cardiac services to people in under-served regions around the world.