Buzz over Tesla Motors’ Model 3 electric car has already reached epic proportions, with more than 325,000 reservations – and $1,000 deposit each – made since its March 31 unveiling.

Tesla’s announcement has created new excitement about electric cars after a year in which electric and hybrid sales didn’t keep pace with market growth even though automakers overall had a record year.

Drawing attention is the base price of $35,000, less than half of the luxury Tesla Model S. Available in late 2017, the Model 3 sedan will seat five, with a range of 215 miles on a charge. (Most cars have a range of about 100 miles.) If you’re interested in performance, Tesla says it’ll go from zero to 60 mph in less than 6 seconds.

Electricity to power an EV costs the equivalent of about $1 per gallon of gas, Consumer Reports says. You can compare fuel prices at eGallon.

What else should I know about buying an electric vehicle?

1. Is cost, range, performance or charge time the biggest issue people have when making a decision to buy an EV? 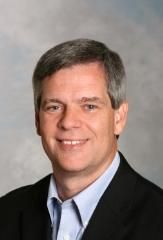 “It’s a new experience. Before getting an electric vehicle, people may be concerned about issues such as range and charging time. However, home charging is such a paradigm shift from going to the gas station, that it is hard to understand the change until you start living it. Once you begin driving a plug-in vehicle on a daily basis, you realize that the range and charging time issues are nonexistent for most people.”

For four years, Rowand has owned a Chevrolet Volt plug-in hybrid, which can be driven on electricity or gasoline.

“The range issue isn’t that big a deal because charging is happening wherever I am – at home or at work,” said Rowand. “The paradigm change is that fueling my car is not something that I have to do, it’s something that happens while I am doing other things.”

Rowand said he’s changed the oil once in four years and the car requires less maintenance. For example, the brakes last longer due to the regenerative braking effect of electric drive. Concerned about the battery wearing out? Rowand said most have 100,000-mile warranties, and battery experience from the first generation of vehicles has been positive.

2. Can I charge the car with the household’s 110-volt outlet?

Any of the electric vehicles can be charged with a 110-volt outlet. However, for longer range EVs such as a Tesla, 240 volts is needed, he said. The average person drives less than 40 miles a day, and for that level of driving most people don’t need the bigger charger, Rowand said. 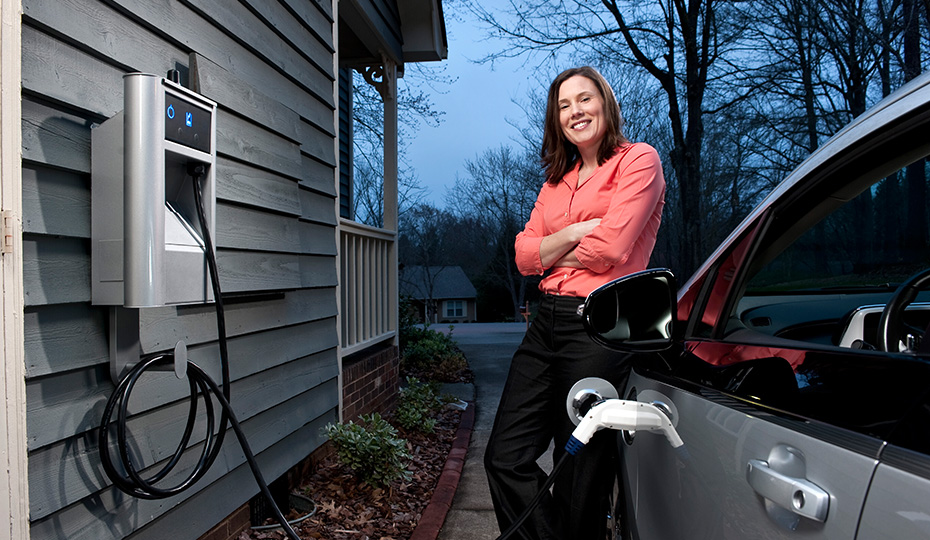 3. Where should I charge, at home or elsewhere?

“Wherever there is a charger or outlet,” Rowand said. “Fueling your car is not a destination, as it is with a gas station, it’s something you do where you’ll be anyway. For most people, home charging will provide all of their needs. The second most important place is charging while you’re at work.”

With just home and workplace charging, Rowand said, he averages roughly 1,000 miles of driving for every gallon of gas used in his Volt.

There aren’t a lot of less-expensive ones. Expect to pay in the mid-$30,000s for an EV with a 100-mile range. “With the new Tesla, you’ll have a 200-mile range and acceleration of zero to 60 mph in less than 6 seconds,” Rowand said. “Later this year, the Chevy Bolt [not to be confused with sibling Volt] will be available for roughly the same price and in the future, Nissan will have an updated version of the Leaf.”

5. What do you like least about driving an electric car?

“There’s nothing I don’t like about it,” Rowand said. “The only negative right now is the limited number of choices – there’s no pickup truck – but the options are increasing every year.”

“No problem at all. If you put an electric vehicle in every one of Duke Energy’s 7.2 million homes, the increase in kilowatt-hours to our system would be 6 to 8 percent,” Rowand said. “Even if Tesla is wildly successful, we can handle that. What we will be watching for is whether charging is occurring at peak times. Early experience has shown that it’s relatively easy to manage charging, and some utilities have time-of-use rates for electricity. Managing charging is very doable with technologies that are out there.”