Amy Dlugokecki has weathered mergers, reorganizations, relocations and major job shifts during her 18-year career in the utility industry.

So how did she become a leader at Duke Energy?

Dlugokecki (pronounced Dlew-go-keck-e) followed a non-linear path (like many people), without mentors. But she developed informal sponsors and relationships and worked on her “soft skills” (also known as social skills) such as communication, negotiation and adaptability. The relationships and skills Dlugokecki formed over the years helped her move around the company and move up the ranks.

“I’ve sought out people I want to emulate,” Dlugokecki said. “I would find something in common with them or even say, ‘I like the way you lead. Can I talk to you sometime about that?’” 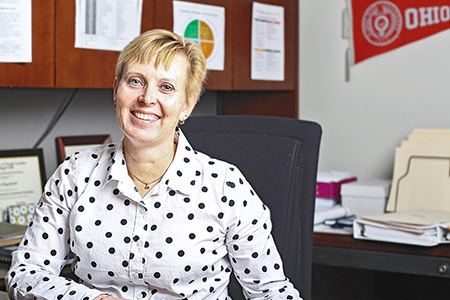 Dlugokecki served on a variety of projects in gas operations, transmission and supply chain while with Cinergy before its merger with Duke Energy. Today, she is director of Fossil Hydro Operations NERC Compliance.

While a typical baby boomer will hold more than 11 jobs in their lifetime, millennials job-hop an average of four times in their first decade out of college, studies found. Companies aren’t standing still, either. Duke Energy and other large corporations reorganize frequently, which is now essential to compete in a world of global trade, rapidly changing technology and ever-changing regulatory environment.

During the 2006 Cinergy-Duke Energy merger, Dlugokecki was tapped for a supply chain integration project for six months. When the project ended, Patty Walker, then senior vice president of gas operations, offered Dlugokecki a job.

Unsure of how she would perform in the new role, Dlugokecki said she asked why Walker encouraged her to take the position.

One way Dlugokecki built relationships with people she admired was through Energetic Women (EW), a national group organized to prepare women in the energy industry for leadership roles, particularly in operations and engineering. Dlugokecki was an original board member in 2007 and helped launch the annual conference. At Duke Energy, she co-founded a chapter (a subset of the employee resource group (ERG) Business Women’s Network) with Cathy Hope and Giorgina Franklin.

Developing leadership and soft skills was one of the main focus areas of the 2016 Annual Energetic Women Conference in Houston, which drew more than 430 attendees from utilities across the country as well as companies that serve the sector. By comparison, the first conference drew about 80 attendees. The conference emphasizes networking and building relationships. Duke Energy sent 30 women to the conference in 2016, many of whom spent time with the dozen women from Piedmont Natural Gas, who are now colleagues.

“Over the years, Amy and her passion for development of women has kept EW growing and enriching others,” said Mary O’Toole, vice president at Primera, an engineering design and consulting firm. 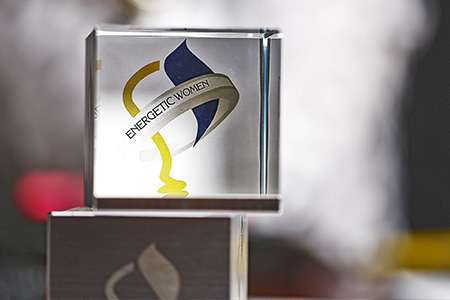 Dlugokecki said she was surprised when Eric Northeim, Duke Energy general manager of technical programs, asked her to apply for her current position. “I didn’t even know what NERC stood for,” Dlugokecki said, laughing. (She later learned the acronym is for the North American Electric Reliability Corp., a nonprofit international regulatory authority whose mission is to assure the reliability of the bulk power system.)

Her project management experience and her networking and relationship-building skills made her an asset as a team leader and Dlugokecki said Northeim told her she didn’t have to be an expert on NERC regulations, she could rely on the experts on the team.

If you’re not expanding your network and learning from those around you, Dlugokecki said, you’re not growing and adding productive value to the company. “The best way to weather change is by growing your skill sets and staying marketable. Employee resource groups offer a support system that can help people build new relationships, learn and grow professionally and personally.”