I saw the Milky Way for the first time on a recent camping trip near Colorado’s Maroon Bells peaks.

By 2 a.m., the moon had set beyond a mountain ridge leaving a totally dark night. I crawled out of my tent and looked up. Space smacked me in the face and I almost fell over. 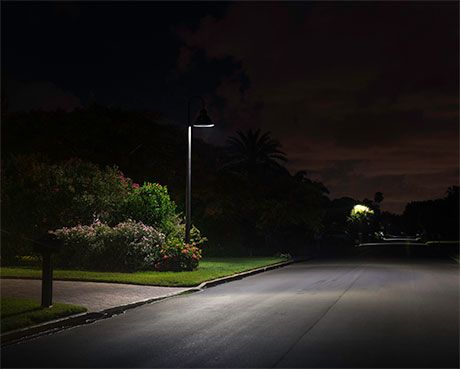 One of Duke Energy's full-cutoff, dark sky-friendly outdoor lights in a neighborhood near St. Petersburg, Fla.

An ocean of stars filled the sky. A spectacular blue mist, our galaxy, drifted vividly through the middle of them all. While looking wide-eyed at the sky, I felt dizzy, small and inspired.

For millennia, humans have looked up. We stare at the stars, hungry for answers. They stare quietly back, as they have for billions of years.

Something draws us in. Is it that they outnumber us? Is it that they twinkle? Or is that they’re like distant family members, because we and everything on Earth are made of the same elements?

That night, I watched our galaxy for as long as I could endure the cold. Then I crawled back into my tent, feeling part of something great.

Millions of people born into the world today may never see what I saw that night.

Since more than half of the world’s population lives in urban areas, artificial light from streetlights, parking lots, gas stations, office buildings and malls obscures the night sky. You may have seen that light from an airplane. Check it out from space.

We have given that glow a name: light pollution. Research suggests that, if uncontrolled, light pollution can harm nocturnal wildlife and ecosystems, as well as humans.

“When light shines upward into the night sky, it hits dust and other particles in the atmosphere,” said Ronnie Farrar, former president of the Illuminating Engineering Society of North America. “That creates what’s called sky glow.”

If you live in an urban area, like 81 percent of Americans, according to the Census, you’re familiar with sky glow. It is that orange or white glow hanging over cities and suburbs at night. It can outshine thousands of stars, and sometimes the only ones you see are some of the brightest out there.

Many people have to travel miles from their home to escape sky glow and find a truly dark night. The U.S. National Park Service has observed glow from cities more than 200 miles from national parks, which are some of the darkest places in the nation.

Though sky glow obscures stars, the outdoor lights linked to it serve a purpose. Cities and towns want lighting to make their communities safer, more beautiful and easier to navigate at night, among other reasons.

How decisions on outdoor lighting are made

There are four main groups that influence what types of lighting exist where you live: The public, local government, power companies and lighting manufacturers.

With input from their communities, local governments write ordinances that specify what types of lighting will be installed, with criteria such as color, pole height and fixture shape. The power company serving that area works to provide the lighting detailed in the ordinance.

Power companies work with manufacturers to offer lighting designs and technologies. Duke Energy, for example, offers cities in its six-state service areas lighting that reduces sky glow by focusing light toward the ground, not into the sky. Some cities have clear language about limiting light pollution. Others have not moved to reduce light pollution.

Artificial light revolutionized society, but it also changed our relationship with the night.

Many cities also want to replace their systems with light-emitting diodes, or LEDs, which meet lighting needs but consume less energy. Clearwater, Fla., asked Duke Energy to replace nearly 12,000 older lights with LEDs that limit the amount of light shining up. Raleigh, N.C., another city in Duke’s service area, is converting its streetlights as well.

“We encourage anyone designing an installation to make sure they’ve got the right amount of light, not too much,” said Farrar, an outdoor lighting expert at Duke Energy. “The fixtures we’re installing in Clearwater and Raleigh darken the night sky while preserving public safety and consuming less energy.”

The stars, light and us

It’s hard to put your finger on what urbanites have lost as the night sky has brightened. In many ways, we no longer need the stars. That wasn’t always the case.

They were connected to the stars because total darkness was an everyday occurrence. When the sun set, it got dark. Really dark. Earlier civilizations tracked the stars to know when to plant and harvest crops. Explorers used them to navigate the ocean. But people also found meaning in the stars. The ancient Greeks told stories through constellations. Artists, like Van Gogh, have turned to the stars for inspiration. In Hamlet, Shakespeare wrote, “Doubt thou the stars are fire … but never doubt I love.”

Bringing darkness back to the sky

Artificial outdoor lighting started changing everything in the 1870s. Before industrialization, most people lived by the solar cycle. People rose when the sun rose and retired when it set. Artificial light revolutionized society, but it also changed our relationship with the night. It helped make New York City famous, but it also made it the city that never sleeps. 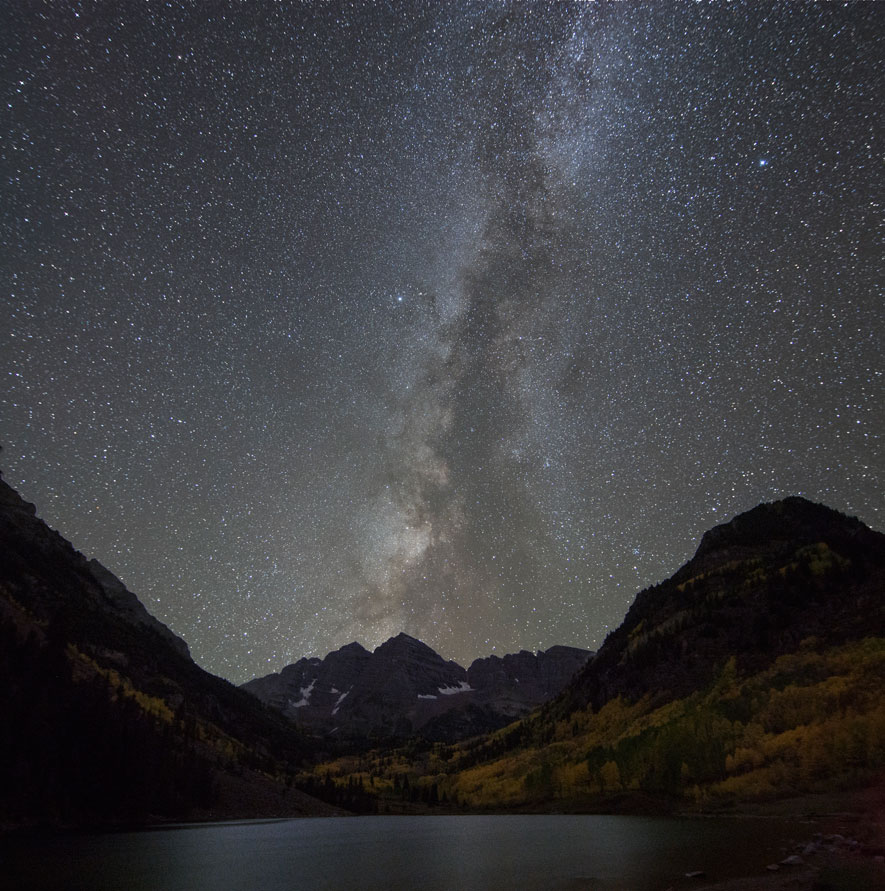 Research cited by the International Dark Sky Association suggests too much artificial light at night could disrupt our circadian rhythm, our bodies’ natural sleeping pattern governed by the day-night cycle. Artificial light can also harm nocturnal wildlife and ecosystems. Newborn sea turtles emerging from beaches, for example, follow moonlight to the ocean. Outdoor lighting has lured them away from the water to their death.

Lighting is integral to our modern society and pace of life. It keeps our communities safe, guides our way and makes our cities beautiful. We don’t have to compromise these benefits to bring darkness back to the sky. We have the means to remove the barrier between the stars and America so we can enjoy the reflection that humans have for millennia.

Something struck me on that camping trip in Colorado when my eyes were locked on the Milky Way. Standing about 12,000 feet above sea level in darkness on my camping trip, I realized how much I take darkness for granted.

And I felt closer to the stars than I ever have.