Don’t tell Pam Simmons she can’t do something.

She grew up in a house with boisterous boys – two brothers and an uncle – and they regularly challenged Simmons on the basketball court and the ball field. From her rough-and-tumble childhood in Catawba County, N.C., a fierce competitiveness grew.

And so when Simmons was tapped in 2015 to lead the Duke Energy team that would figure out a way to alert and update customers about outages, she felt even more determined after skeptics questioned whether it could be done.

“Just telling me that I can’t do it,” she said, “struck that competitive edge.” 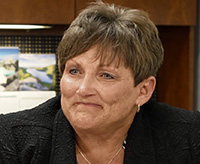 How did the project start? “We had several workshops where we talked about what should we be doing for our customers,” Simmons said. “It was aimed at getting customers more timely communication around outages. People just want to know what’s going on.”

The task was a good fit for Simmons. She had worked at Duke Energy since 1985, in information technology, finance and customer solutions. She knew employees companywide. “If I didn’t know somebody somewhere – like if we needed somebody in delivery operations in Raleigh – then I knew somebody who did know somebody.”

She said developing the system involved “huge coordination and facilitation.” She worked for two years with a core team of six to eight people that frequently expanded up to 45 people and often 12-hour days.

“It was so broad,” she said. “It is an interface with so many different things. It touched all the customer systems, of which we have four, and it had to touch every outage management system – we have three. And there were also two vendors involved. It would be one thing if the systems all had the same processes, but in addition to having different systems, we had different processes. It was just a very challenging effort to get it all together.”

They broke the task down to “bits and pieces.”

Occasionally, things didn’t work as anticipated. “When you’re testing, testing, testing, and having so many things that won’t go all the way through, that’s when you have the long hours,” Simmons said. “You try to figure out why.”

But within a few months, success: The first texts went out.

Cindy Sills got a text while she was at work at the Catawba Science Center in Hickory, N.C., where she is donor relations manager. She read: “An outage has been detected in your area …”

She thought it was a hoax. She texted her neighbor, who confirmed that the power was off. 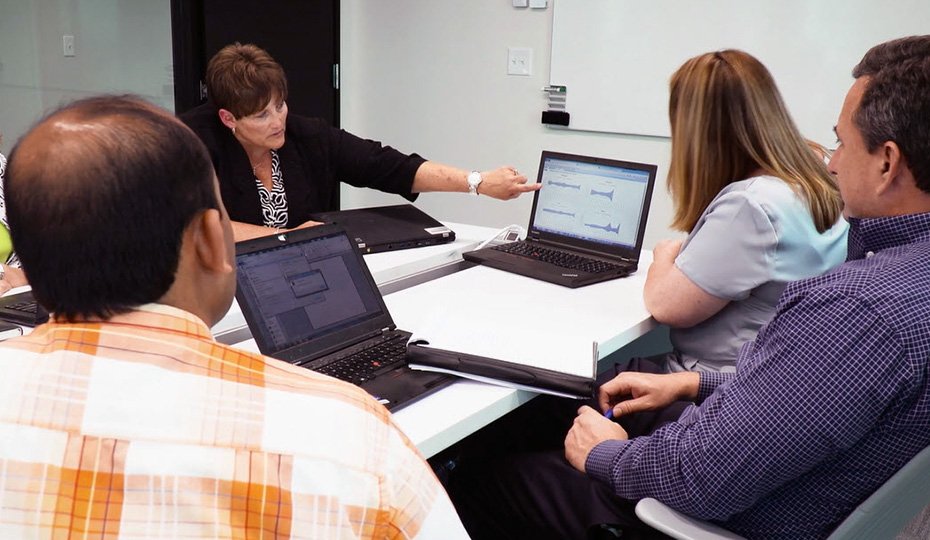 “It is so cool. I love it!” Sills said. “It was especially helpful when a tornado came through Hickory and our power was out for about two days. They kept me updated. It’s been awesome.”

In addition to texts, customers can now receive phone and email alerts.

What Simmons and her team accomplished “was no easy task,” said Sasha Weintraub, senior vice president of customer solutions. “We really had to invent this. She was able to get the right team and make it happen. She was instrumental in overcoming a lot of technical barriers and operational barriers.”

One of the most rewarding aspects of the project, Simmons said, was the teamwork. “The IT guys, the business guys, we all worked together. You saw the people working as a team with one goal.”

For her role, Simmons won the James B. Duke Award, the company’s highest employee honor. Receiving that recognition from her peers in August pushed her toward a decision she had been considering for a while: Retirement.

After 32 years with the company, her last day was Nov. 30, which happened to be her 62nd birthday. She has no immediate plans. Except this: As her team continues to refine the outage alert system, she told them: “I’ll be a ready and willing test case.”

How to join the outage alert system