The Nashville Food Project found a way to support struggling farmers and restaurant staff after March tornadoes ripped through downtown and as the pandemic keeps the city’s usual crowds away. 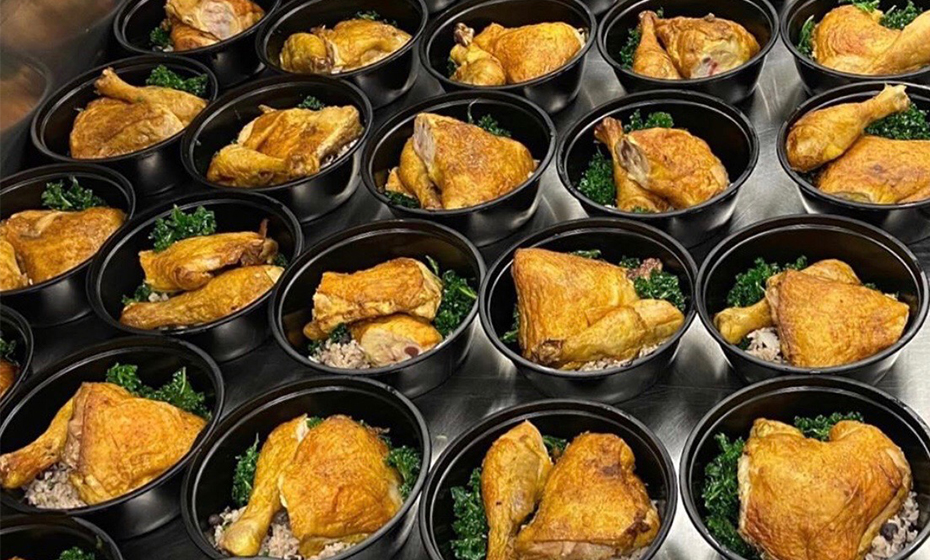 The Nashville Food Project usually donates 5,000 prepared meals a week. Because of COVID-19 closures, production is down, but they're finding new ways to help.

With ingredients purchased from farmers and excess food donated by restaurants, the Nashville Food Project normally gives more than 5,000 prepared meals a week to other nonprofits that distribute the food to those in need. The meals are prepared in two industrial kitchens by about 20 volunteers – many who work in restaurants – and four Nashville Food Project staff members per shift. When the tornadoes devastated the community on March 3, the team worked to help people who lost family, homes and income.

Teri Sloan, the nonprofit’s development director, said she was overwhelmed by the support they received, but just when they felt they had a plan to move forward, COVID-19 appeared. More than 71,000 jobs in Nashville are directly related to hospitality. With restaurants closed or operating at a reduced rate, layoffs were inevitable. For farmers, too, sales have been slashed with fewer orders from restaurants.

“We thought,” Sloan said, “‘How great would it be to give back to that local food community and come up with a program that lets both industries continue to support each other in a time where they wouldn’t be able to on their own?’” 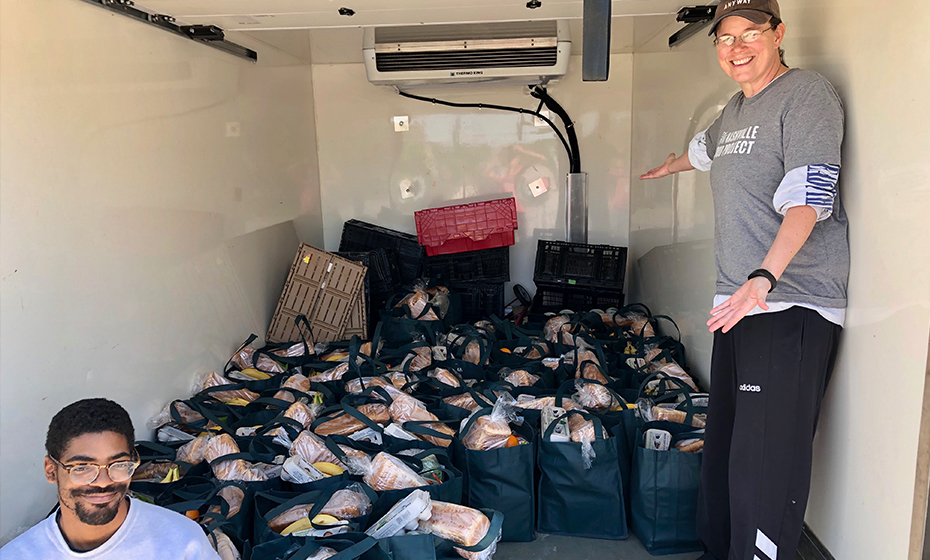 Volunteers deliver grocery bags filled with dairy, produce and bread for hospitality workers who lost income during the pandemic.

The nonprofit made a few calls and realized the need for their usual prepared meals wasn’t as great as the need for fresh groceries. Many food banks were providing nonperishables, but Nashville Food Project could package groceries like eggs, milk and produce purchased from farmers. At the same time, Fat Bottom Brewing offered to help distribute the groceries to its network of hospitality workers in need. The Community Cupboard program was born.

“It was the perfect marriage,” Sloan said.

Since the beginning of April, they’ve donated about 300 packages that can each feed a family of two for a week. Stay-at-home orders have forced Nashville Food Project to suspend its volunteer program, but they’ve still been able to produce about 2,500 meals a week. Now, they’re hoping another new partnership can help meet the prepared-meal demand while keeping restaurant staff employed.

They’ve set up a satellite kitchen at the Henley Restaurant inside the Kimpton Aertson Hotel where staff is preparing 250 meals a day for Nashville Food Project, who is paying kitchen staff a rate negotiated between the nonprofit and restaurant. They hope to add more satellite kitchens. 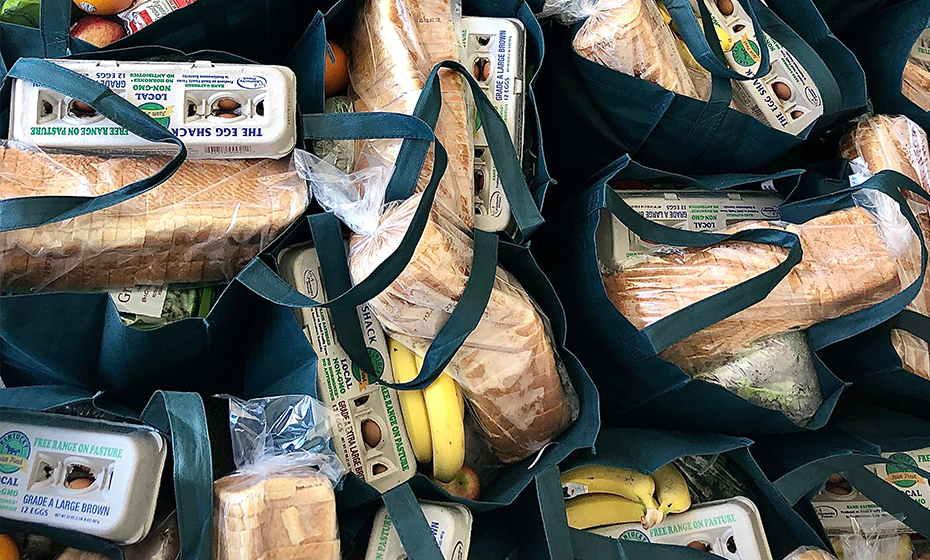 They've donated more than 300 grocery bags that can each feed two people for a week. Donate to the Community Cupboard fundraiser to help Nashville Food Project give more with matching funds from Piedmont Natural Gas.

“We’ve had our bumps and bruises along the way,” Sloan said, “but it’s been remarkable to see it all come together despite not being able to physically be together.”

Duke Energy and Piedmont Natural Gas donated $25,000 to the Nashville Food Project to help with their COVID-19 relief programs through a matching grant fundraiser for the Community Cupboard program. The companies have donated more than $2.4 million to support nonprofits in its seven-state service area during the coronavirus outbreak.

Duke Energy and Piedmont Natural Gas are two of many corporate donors to the nonprofit, and Sloan said they wouldn’t be able to help as many people without their support. This new way of operating costs more than normal, she said, so they are making the most of each dollar while providing high-quality food and supporting the community.

She knows, too, that they could see a decline in funding if the economy gets worse, and that even when the stay-at-home order is lifted, it’s not going to go back to normal overnight.

“It’s going to be a rebuilding process,” Sloan said, “and we’re in it for the long haul.”

During the pandemic, Duke Energy and Piedmont Natural Gas are waiving fees and will not disconnect power to those who have not paid their bills. The company will continue to read meters in most cases and send bills. For more on how the company is supporting its customers, employees and communities, visit piedmontng.com/customer-service/covid-19 or dukeenergyupdates.com.