As a young boy, Luis Abril traveled around the northern Mexican region of Sonora with his father, an electrical engineer with Mexico’s Federal Commission of Electricity, one of the largest electrical utilities in the world.

“I was literally born into the utility industry,” Abril said. “I was in the field with my dad on storm restorations and got to see the crews and engineers doing their work.” 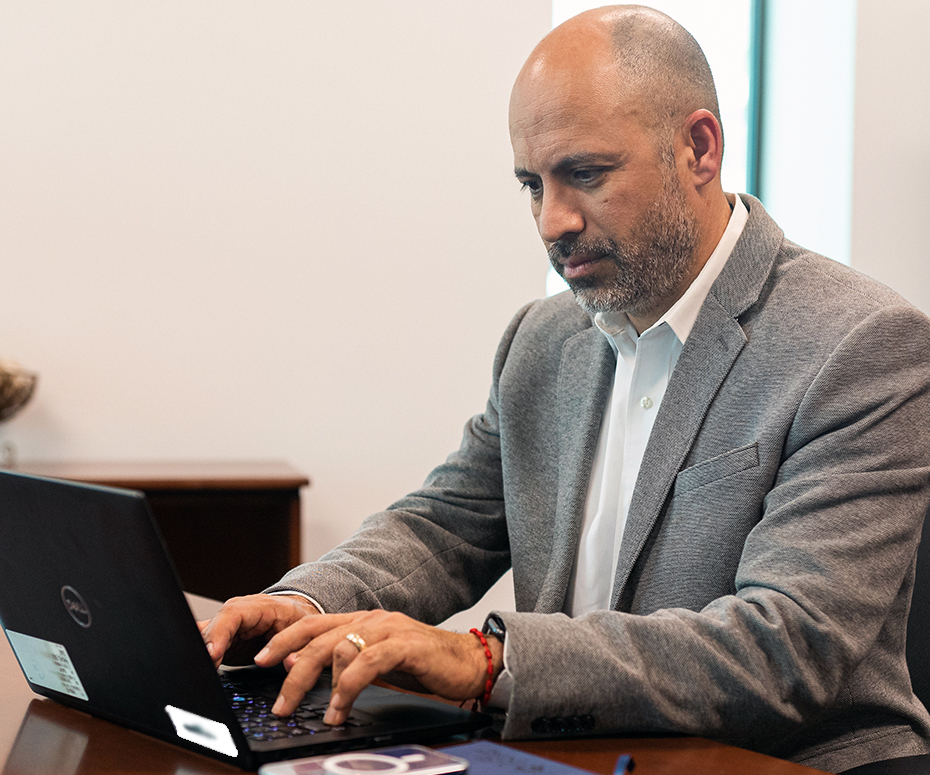 Luis Abril's journey started in Sonora, Mexico, and led him to Duke Energy in Charlotte, N.C.

His mother, an accountant, also worked for the Mexican utility, along with dozens of other family members – uncles, cousins and siblings. “That’s what I always wanted to do,” Abril said. “I love the industry.”

Today, Abril is Duke Energy’s customer delivery director of project governance and controls, helping the company deliver on the scope, schedule and cost of upgrades to the energy distribution process.

Abril was born and raised in Sonora, Mexico, an Arizona border city. His parents were the first generation in his large family to have a non-agricultural higher education, and they wanted the same for their children.

“They knew it would benefit us in the long term to be able to speak two languages,” he said, “and to be educated in a multicultural way.”

For elementary school, he attended a Lutheran academy across the border in Yuma, Ariz. On school days, his mother drove him across the U.S. border, waiting at the line for sometimes an hour, facing immigration officers. Some were kind; others, difficult.

“I experienced every, and many, racial incidents from fellow classmates, which I had to learn to confront,” he said. “I was blessed to have physical, athletic and academic abilities to help me earn respect and defend myself.”

Though difficult, the experiences didn’t deter him from his path. He returned to Mexico for high school and then enrolled at the Autonomous University of Baja California, where he studied mechanical engineering. 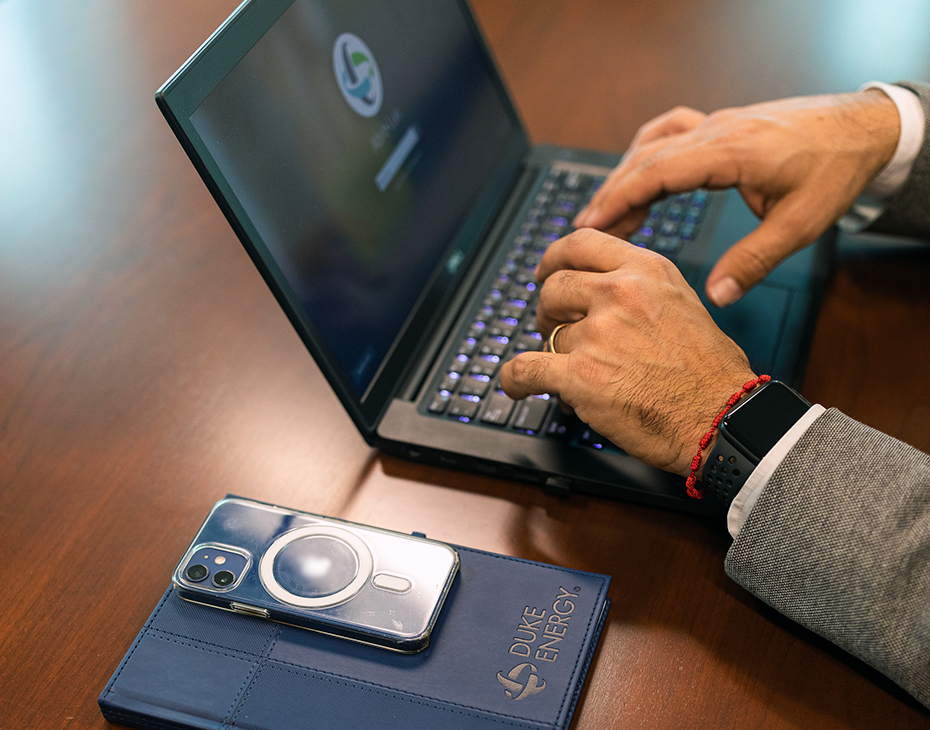 His goal was to work in a power plant in energy generation.

Abril pursued a master’s degree at Arizona State University. His thesis: interconnections between Mexico and the United States.

After college, he joined an Arizona-based utility, which eventually led to a project management leadership role after being in engineering, operations and customer service. “In Arizona, similar to elementary school, I was the only Hispanic in the professional world,” he says. “I took it as a responsibility, and I was fortunate to be in the room.”

He earned an MBA from the Thunderbird School of Management, where he focused on international business, and in 2018, Abril moved to Charlotte for a project management job at Duke Energy.

Brandon Lane, managing director of the Real Estate Strategy and Charlotte Metro Tower, hired him. “We needed someone with distribution experience who knew projects,” Lane said. “His prior company had undergone similar upscaling and he had great experience.” 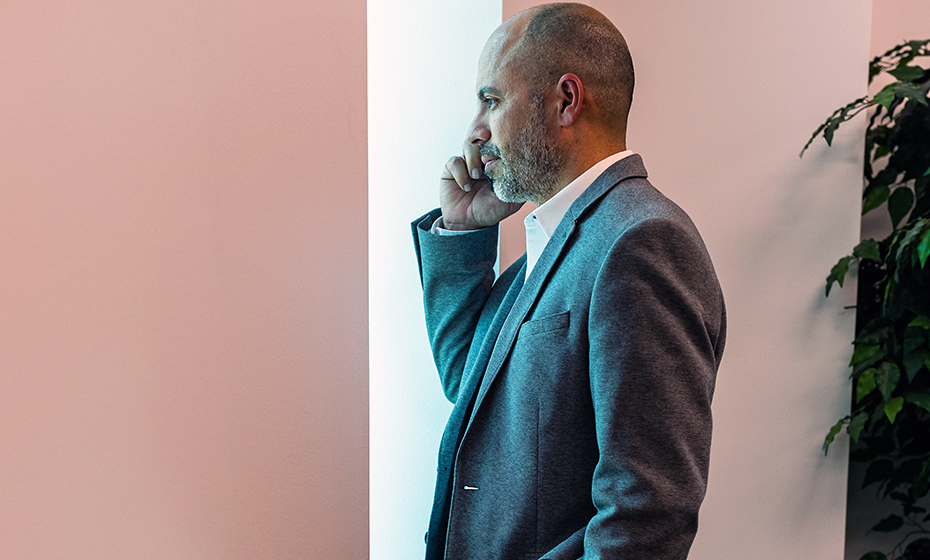 Abril calls on his international experience to present alternative ideas and different perspectives.

“The technical challenges are greater with the integration of renewables and our path to net-zero by 2050, and there are a lot of opportunities to deliver on our goals,” he said. “Luis’ background fit the increased complexity of our smart-thinking and green-enabled grid.”

Abril calls on his international experience to help present his peers with alternative ideas and different perspectives.

“I’m able to share ways that other companies – other countries – do it,” Abril said. “It exposed me to different ways of doing the same thing, including relationships with international companies that we may not be doing business with here in the United States but that other utilities do.”

With increased complexity in the industry, Lane said, “his ability to connect with all the different stakeholder groups and find new ways to approach the work has been really valuable.”

When Abril is not working, he likes spending time with his wife and three children.

Members of Abril’s extended family also work in the energy industry. As for following in their dad’s footsteps, his eldest is studying finance at Clemson University in South Carolina.

“He wants nothing to do with engineering,” Abril said, laughing, and his middle daughter is pre-med at North Carolina State.

"My high schooler wants to be an engineer,” he said. “So I got one of them.”

Hispanic Heritage Month (Sept. 15 to Oct. 15) was established to recognize the cultures and contributions of Hispanic Americans. Sept. 15 is the anniversary of independence for Latin American countries Costa Rica, Nicaragua, El Salvador, Honduras and Guatemala. Mexico and Chile celebrate their independence days on Sept. 16 and Sept. 18, respectively.

Duke Energy’s Latinos Energizing Diversity employee resource groups promote an environment where Latino culture is embraced by all employees and to provide educational opportunities and assist in recruiting, retaining and developing Latino employees.