Jeff Fisher has spent more time than most in the Great Smoky Mountains National Park. Not as a tourist, but as a lifelong resident of North Carolina’s Haywood County and a lineworker. The park is home to some of the tallest mountains on the east coast, and Fisher has spent his 34-year career at Duke Energy hiking the challenging terrain to fix broken power poles, wires and equipment to get the lights back on as quickly and safely as possible. 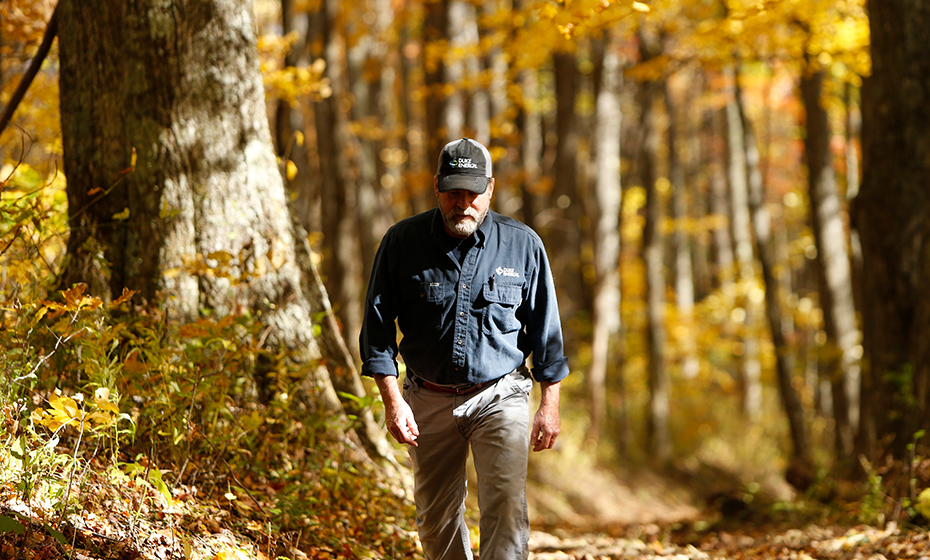 Jeff Fisher, a Duke Energy lineworker who's maintained the electric grid in Haywood County for the last 34 years.

With as much time as he spends walking in the woods, he has had plenty of opportunity to think about better ways to provide power. One of his ideas removed 3.5 miles of power lines and helped provide reliable power for park rangers to communicate in emergencies. Duke Energy installed a microgrid consisting of solar panels and batteries at the top of Mt. Sterling, one of the highest peaks in the park.

Fisher estimates he climbed Mt. Sterling seven times a year to make repairs to the line before the microgrid, but now he doesn’t have to repair the system at all. He visits every six months for routine maintenance with a representative from NantEnergy (formerly Fluidic Energy), a vendor that provided the microgrid system. 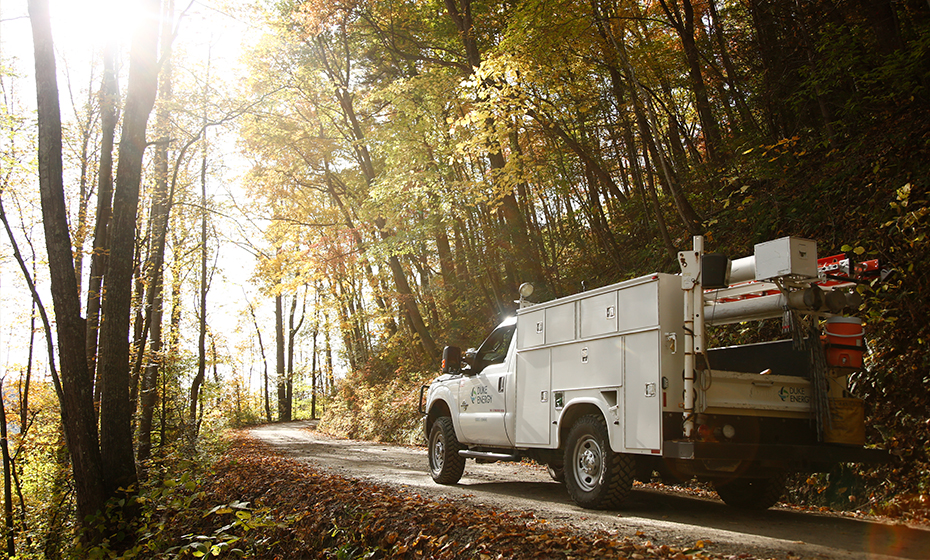 Fisher and other lineworkers could drive to the Mt. Sterling trailhead, but would have to hike the rest of the way on and off the trail to troubleshoot outages.

He sounded like a tour guide driving his white pickup truck around winding roads in the Cataloochee valley on a recent visit to the trail, pointing out places of interest like the general store where he buys local honey, an old church that’s mostly used for decoration, and, on the left, a turn in the road where you’re likely to spot elk roaming the protected lands.

At the top of the mountain, there’s a tower containing communication equipment for rangers in remote areas of the park. The radio system was powered by a 3.5-mile line, which was sufficient since it was installed in the 1960s, but, it had limitations. During high winds and heavy snow, trees fell on the line and knocked out power, which left the park without a way to communicate between ranger stations. If a hiker were to be injured during an outage, it would be impossible to dispatch emergency services. 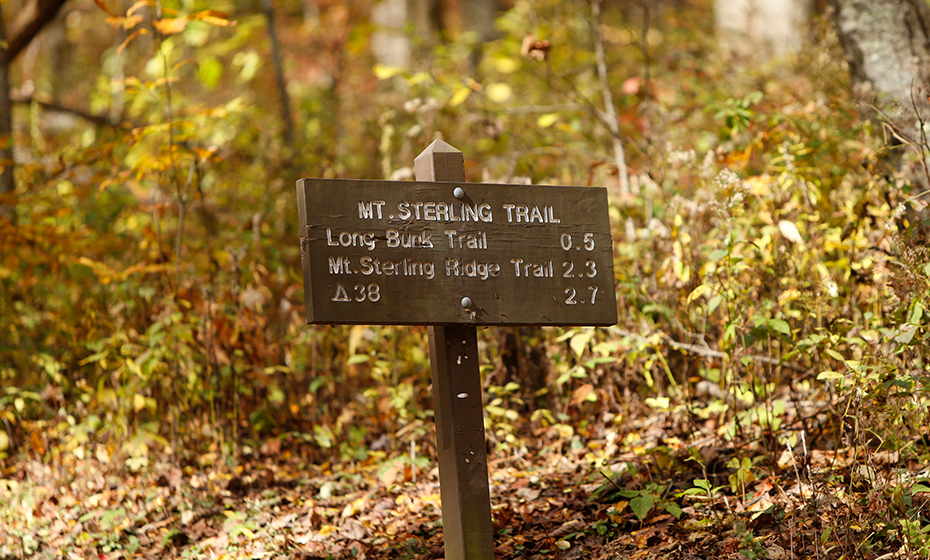 Mt. Sterling is a popular hiking trail for visitors of Great Smoky Mountains National Park. With the power lines removed, the hike is even more scenic.

At 5,842 feet, it’s not accessible by vehicle, so to restore power, a lineworker would have to walk the line to find the issue. Once the problem was identified, a crew – usually the next day – would hike back out with their tools and safety equipment to make the repairs.

Fisher did this for many years, but, he wondered, “What if we could use solar power and get rid of the power lines?”

A microgrid was the perfect solution. A microgrid is a system – usually a combination of renewables and batteries – that allows a customer to disconnect from the traditional power grid and operate on its own. As technology advances and prices fall, they’re becoming more common in remote areas where customers experience outages more frequently and for extended periods. They are also valuable for critical infrastructure as a backup power source.

In 2016, Fisher told his idea to Duke Energy’s renewable business development team, and after 15 months of analysis, permitting, planning and construction, the project was complete. The microgrid, consisting of 10 kW of solar panels and 95 kWh of zinc-air batteries, provides power for the communications equipment around the clock. Without any sunlight, the fully charged battery could last for 11 days. 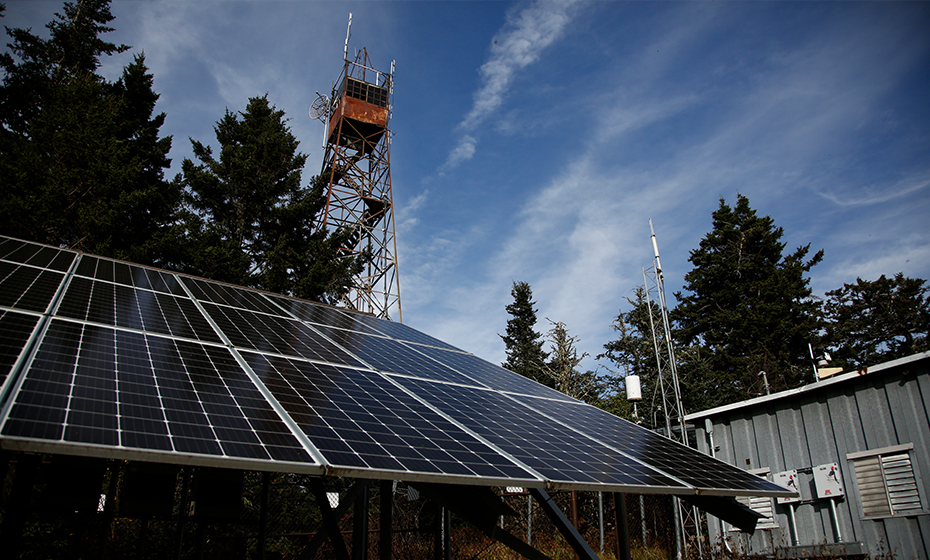 The solar-and-battery-powered microgrid that powers the communications equipment in the retired fire lookout at the top of Mt. Sterling. Since the microgrid's installation, reliability has improved.

The National Park Service is pleased, too. By powering the equipment with a microgrid instead of traditional power lines, Duke Energy removed about 50 power poles and the lines to give back 13 acres to the park. Without the need for vegetation management associated with electric rights of way, this land will return to its natural state.

“One of our general principles is to have natural processes predominate throughout the park where we can,” said Mark Collins, environmental planning and compliance coordinator for the Great Smoky Mountains National Park. “We’re always looking to take advantage of renewable energy when it is the best solution.” 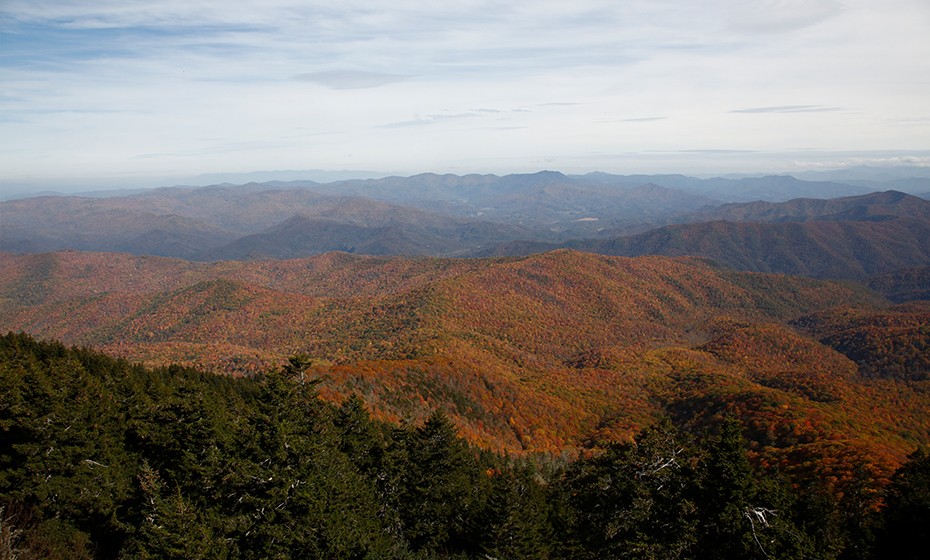 View from the top of Mt. Sterling at 5,842 feet. The mountain has a rare spruce-fir ecosystem, which required great care in planning for the installation of the microgrid and removal of traditional power lines.

Duke Energy has several pilot microgrids in the Charlotte area, but the Mt. Sterling Microgrid was Duke Energy’s first official microgrid in the company’s regulated territory. Jonathan Landy, Duke Energy director of renewable business development, helped complete the project working closely with Collins and Fisher. Because the area is so popular for its views and has a rare spruce-fir ecosystem, the team was meticulous in planning the location of the equipment and transportation to reduce impacts to natural resources and disruptions to visitors. They brought in most of the solar panel and battery equipment by helicopter and used hand tools to construct the microgrid and its chain-link fence barrier.

“It’s a special place,” Collins said, “and that’s why we took a lot of care in planning this project and making sure we did it in the right way.” 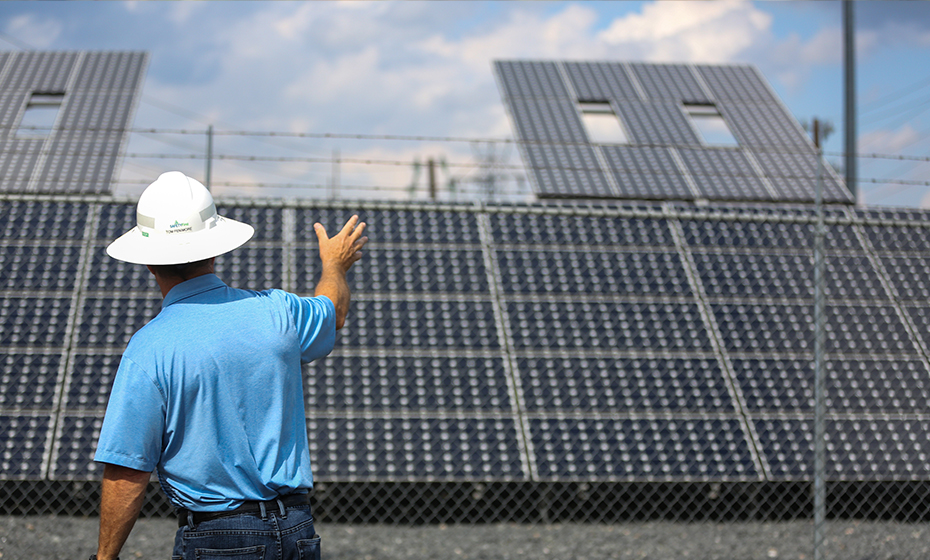 Landy said the project was a great learning opportunity as the company increases its investment in batteries and renewable energy. In 2018, Duke Energy announced plans to invest $500 million in battery storage projects in the Carolinas over the next 15 years. In 2019, the company accelerated its goal to reduce its carbon emissions by at least 50 percent from its 2005 levels by 2030 – which includes plans to double renewable energy generation by 2025.

Duke Energy has several microgrid projects in the works – including one in Hot Springs, N.C., that will improve reliability for the town’s 500 customers in early 2020, and one to provide backup power at Indiana National Guard’s Camp Atterbury by the end of 2019.

Bryan Hoffman, who directs the department responsible for operations and maintenance of the company’s regulated energy storage program, said it’s a new way of thinking for a utility that’s used to adding customers to the grid rather than taking them off, but he’s excited to see this technology taking hold after years of research and testing.

“We’re looking forward to the future,” Hoffman said. “Energy storage is the future for Duke Energy.”