Inside the magic of Tanglewood’s Festival of Lights

One million LED lights bring a holiday tradition to life

Every year, more than 70,000 cars weave through 5 miles of holiday light displays at Tanglewood Park’s Festival of Lights in Clemmons, N.C. There are twinkling snowflakes dangling from treetops, a dragon that peeks out of the lake and a bouquet of poinsettias so big that a forklift has to set it up. 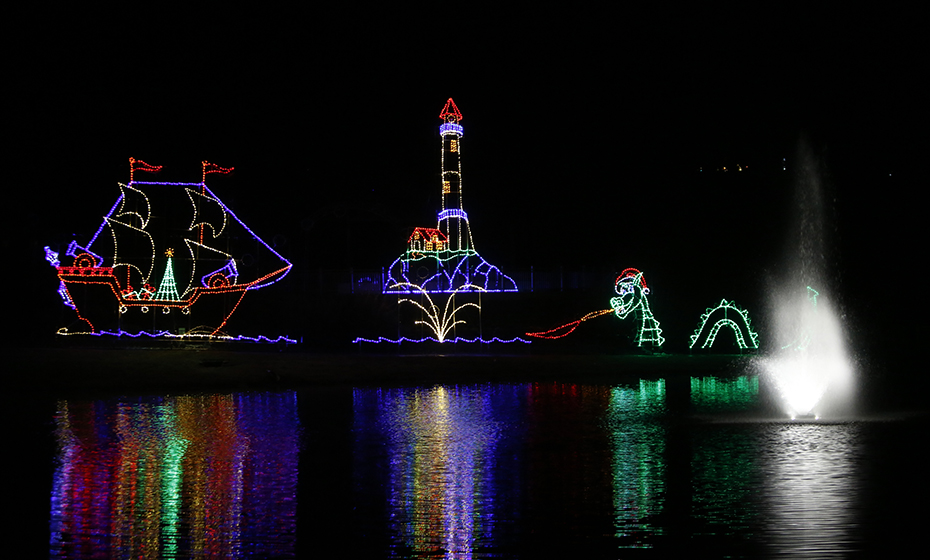 Magic of this magnitude requires more than a million LED lights and two months of assembly. Chris Weavil, Tanglewood’s assistant director of park operations, has been there since the first light show in 1991. He’s watched it grow from a dozen displays to 72 and become part of thousands of families’ holiday traditions.

“We look forward to the happy faces coming through each year,” Weavil said. “Not just folks in this area, but folks in a 90- to 100-mile radius are here every year. They expect us to be here, so we expect to be the best that we can be.”

It takes about 30 employees a collective 6,000 hours to set everything up. In September, the team unpacks the displays from the barn. Each of the 72 displays can have four to 10 separate pieces. They’re made of a steel frame and a sleeve of lights that slides onto the frame like a slipcover. Then they’re ready for the electrical wiring.

It takes about 12 miles of wire and cords to connect everything. It’s important that the pieces are taken back to the exact location each year so that there’s enough wiring to complete the set. The location of each display is recorded with GPS coordinates.

“Everybody is pretty much a pro at it by now,” Weavil said. “They know how to put the puzzle together, and that makes it a whole lot easier.”

When Weavil got his start with holiday displays, it wasn’t so deliberate. He was a horticulturist who started out at the park trimming trees and cutting grass. When another employee who didn’t like heights didn’t want to get in the cherry picker to hang the snowflakes in the trees, Weavil hopped in.

“Somebody asked if I wanted to go up in it, and there’s my career,” Weavil said. “I started hanging lights, and we’ve just gone from there.”

Even though it’s grown so much and there are more lights, Weavil said, it takes about the same amount of time now as it did when they started because LED lights and technology have made the process more efficient. 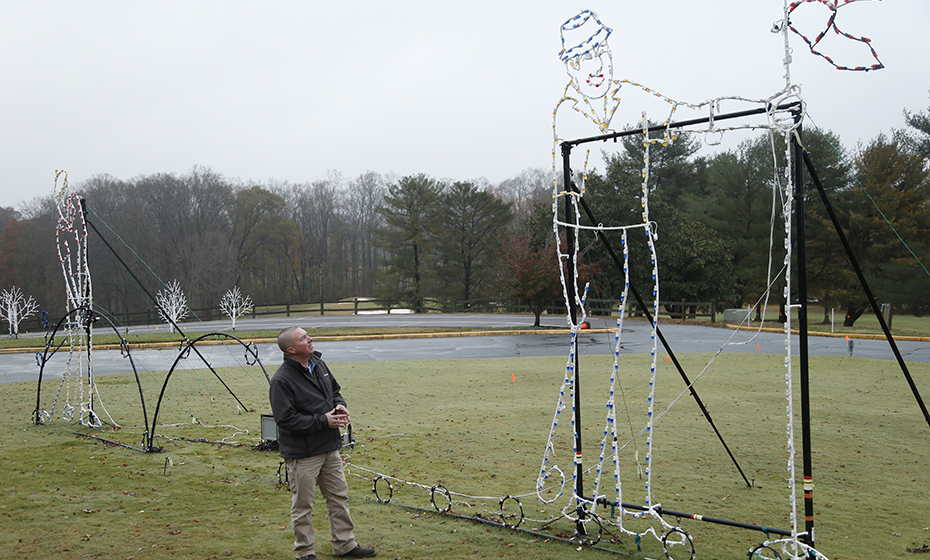 They used to change more than 100,000 incandescent bulbs each year because of color fade, but since they moved to LEDs four years ago, they haven’t had to change any. The park saves 20 to 30 percent on its electric bill, and instead of manual switches, LEDs can be switched on and off with a digital timer.

When the timers come on, the work is done, the pressure is off and Weavil enjoys standing near the entrance to watch the cars roll in – full of smiling faces with their windows down and holiday soundtrack playing.

At home, Weavil said he sticks to minor decorations and saves the big show for Tanglewood. His children grew up with the lights, and even though they are in college now, they still ask when it’s time to visit the park.

Find more information about visting Tanglewood here and watch a timelapse ride-through of the park.

Fun facts about the lights

Here’s what Chris Weavil said about some Tanglewood Festival of Lights superlatives:

The driving golfer display simulates the motion of a golfer hitting a ball. The ball looks like a comet as it flies via a 600-foot string of lights. It’s located strategically at the highest point of the park near the golf course – for each of the displays, the team tries to match the theme to the surrounding landscape.

Most lights: Entrance tunnel and poinsettias 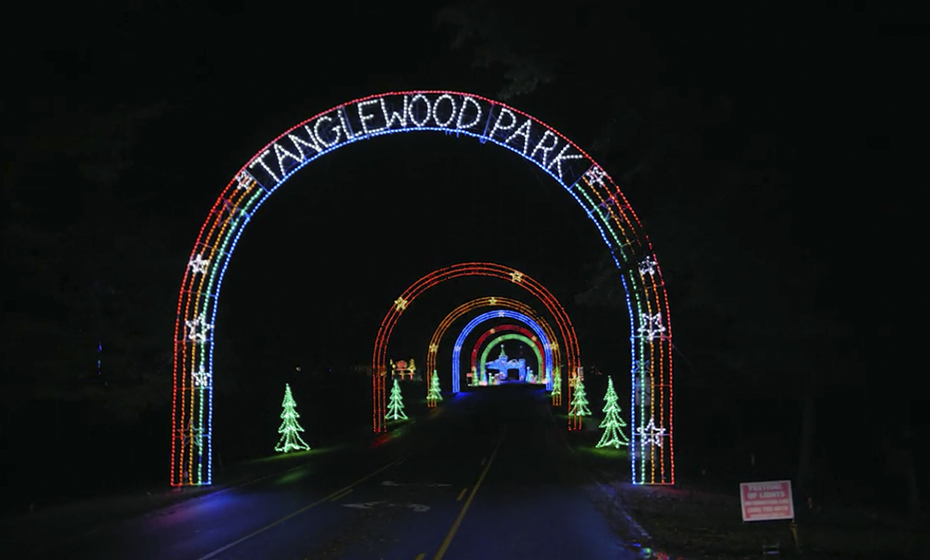 The first display he installed in 1991 is still his favorite. The display is made up of about 110 snowflakes and drive-thru arches. Each snowflake hangs from natural tree branches in precise locations so that there’s enough wire to connect all the pieces. 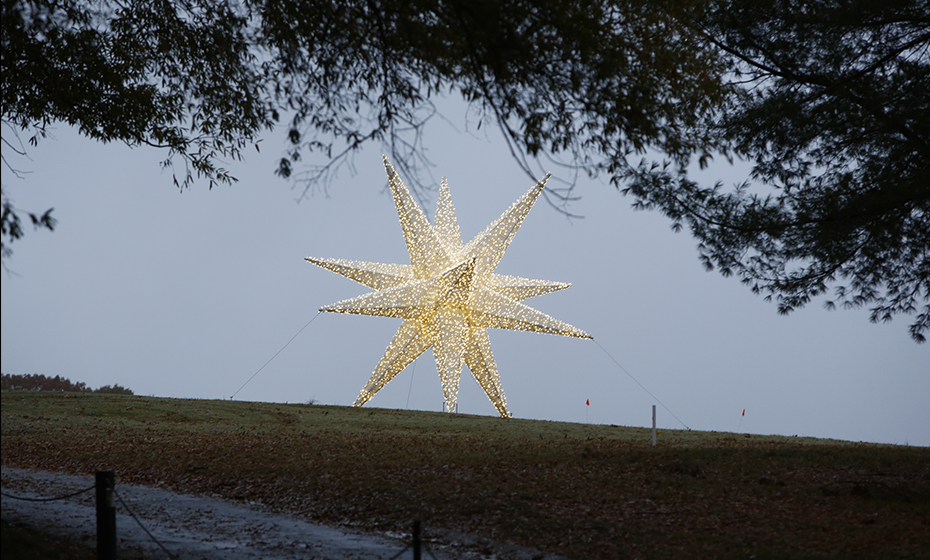