In snow and ice, crews determined to restore power

Watch the video to hear from some of the 9,000 crews who worked in treacherous conditions to restore power after the storm.

Duke Energy lineworkers and tree crews restored nearly 750,000 customers by Dec. 13, working in the slushy remains of the weekend’s snow and ice storm. As of this morning, there were still scattered outages in the hardest hit areas of the Carolinas, but the company expects all customers to have power by Friday.

Stay up to date on outages at www.dukeenergyupdates.com

This was the most significant early December storm since an ice storm in 2002, according to the North Carolina Climate Office at North Carolina State University. At the height of the storm on Sunday, about 305,000 Duke Energy customers were without power.

These photos show some of the work done to repair the grid and turn the lights back on. 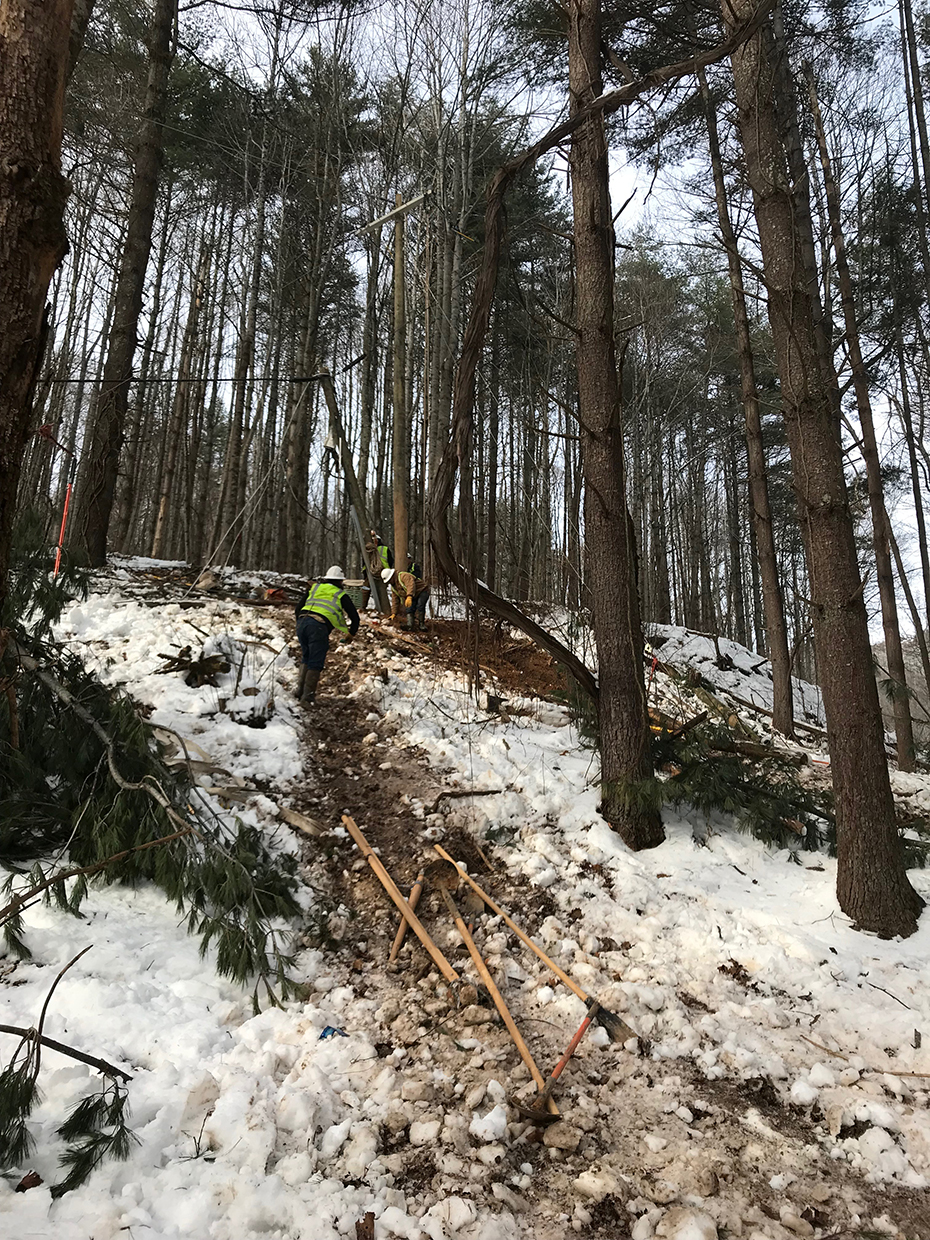 In Waynesville, N.C., and other mountainous locations, crews battled steep inclines and uneven terrain to access and repair poles and equipment. 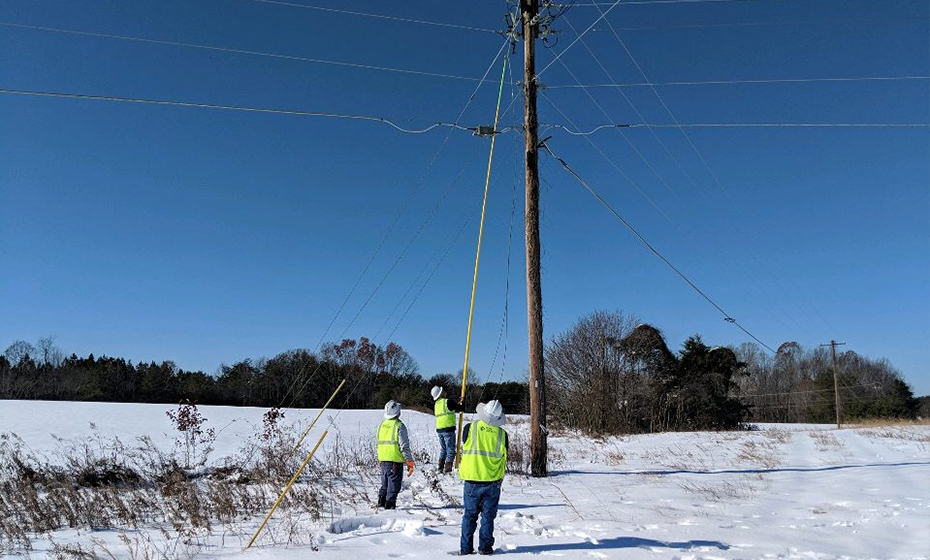 Three lineworkers in Stokesdale, N.C., repair a line taken down by a tree on Dec. 11. The repair is estimated to restore power for about 200 customers. 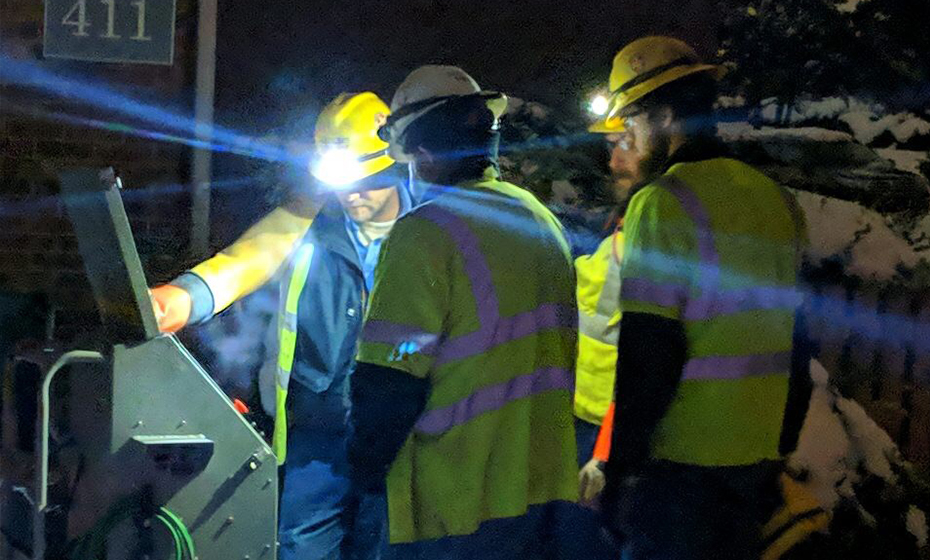 Crews use radar technology to locate an issue on an underground line in Greensboro, N.C. Once it was located, they dug up the section, repaired it and re-buried the line. 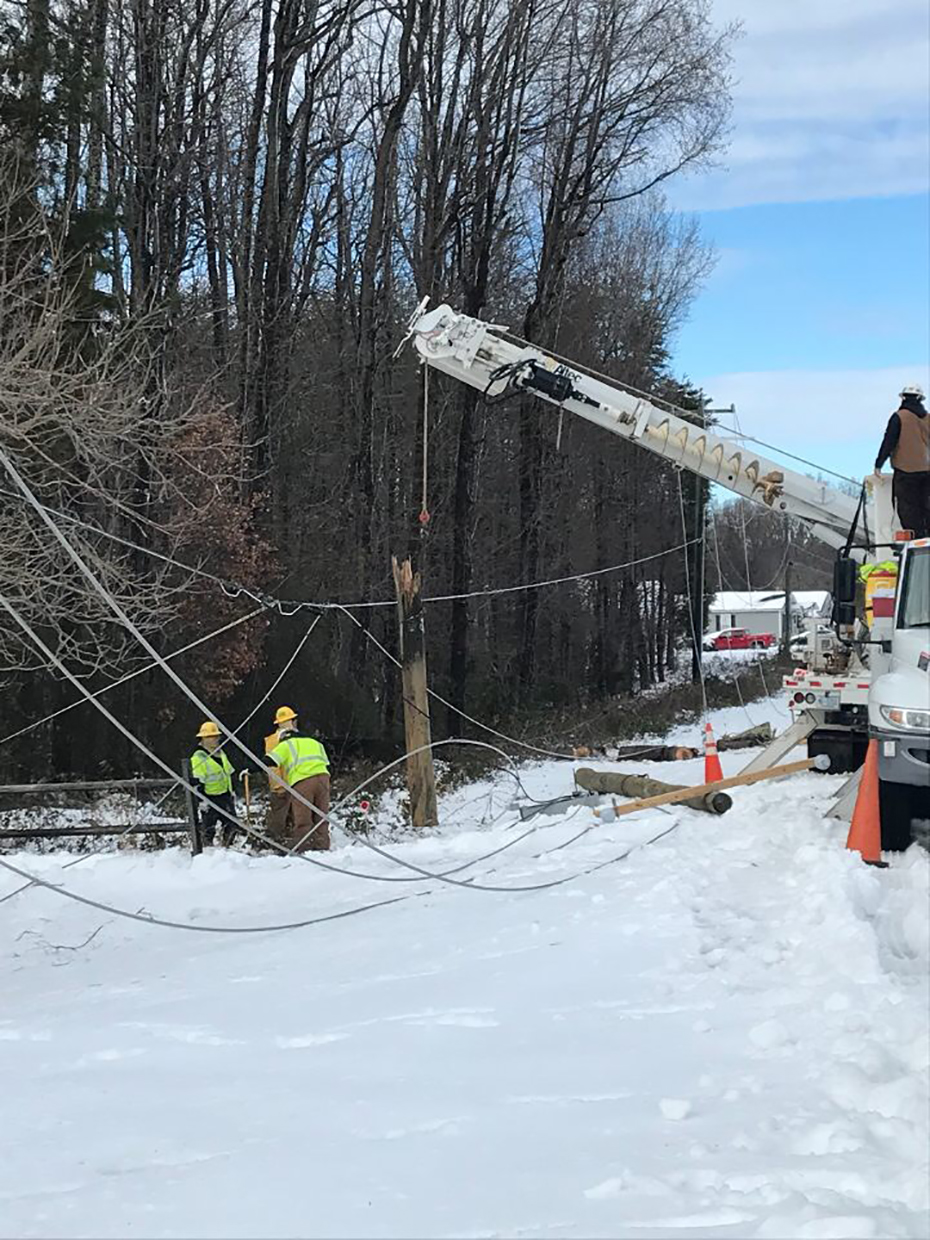 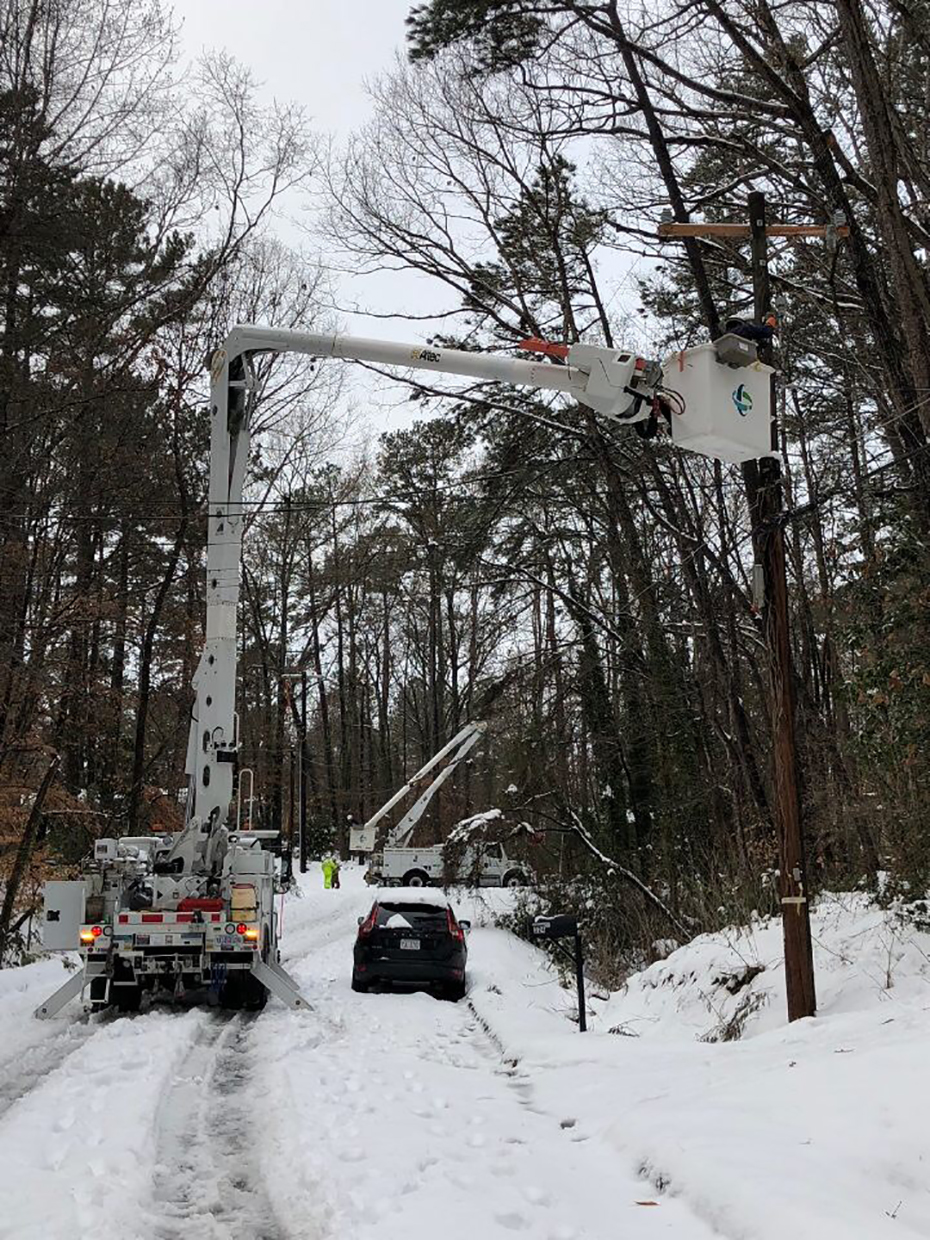 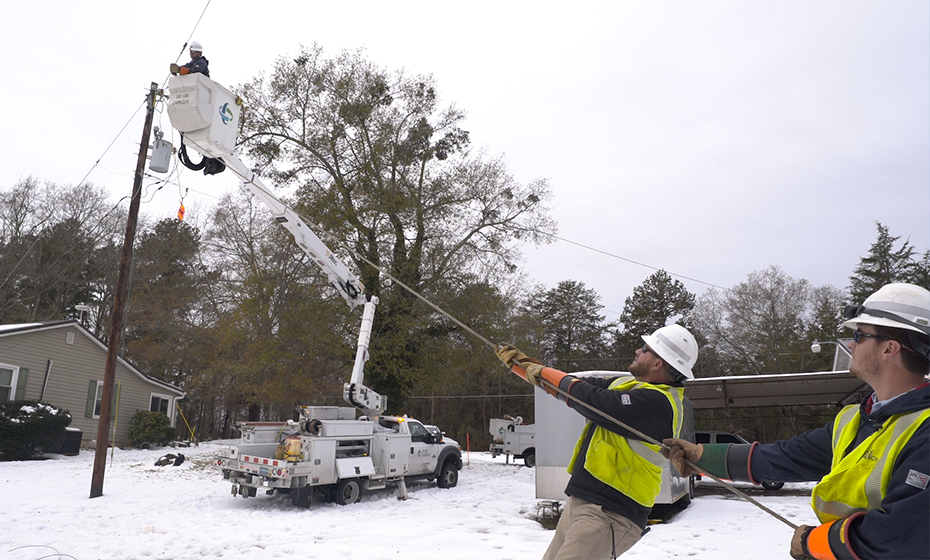 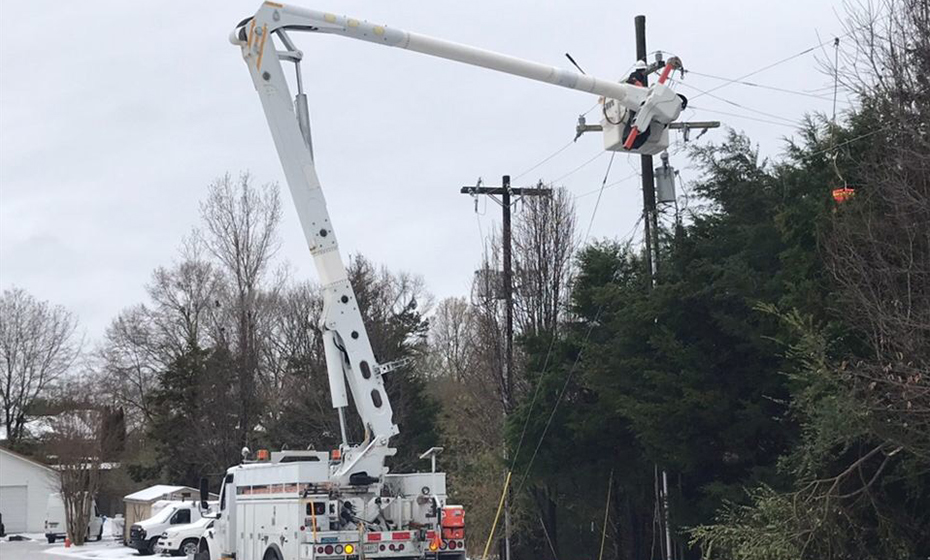 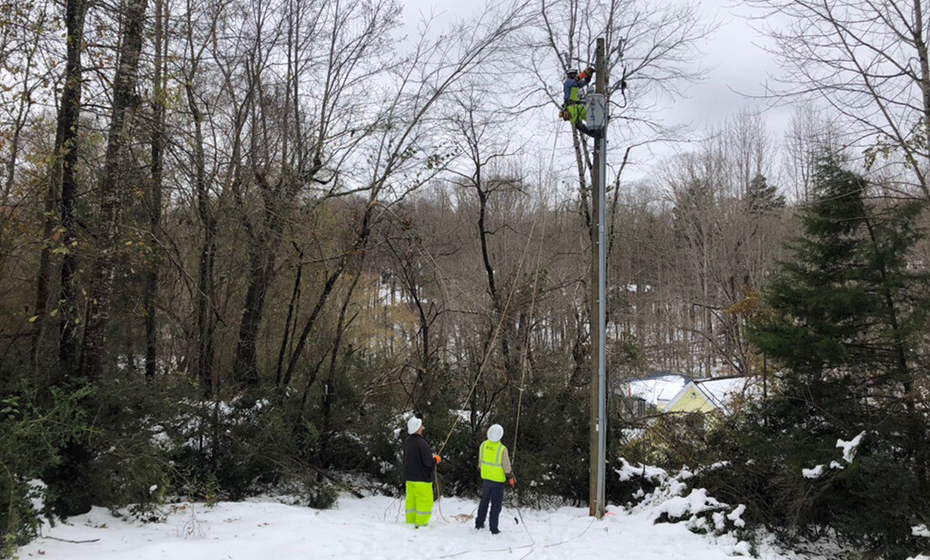 In Rutherford County, N.C., one of the hardest hit areas, repairs were difficult to access and required climbing in some cases. 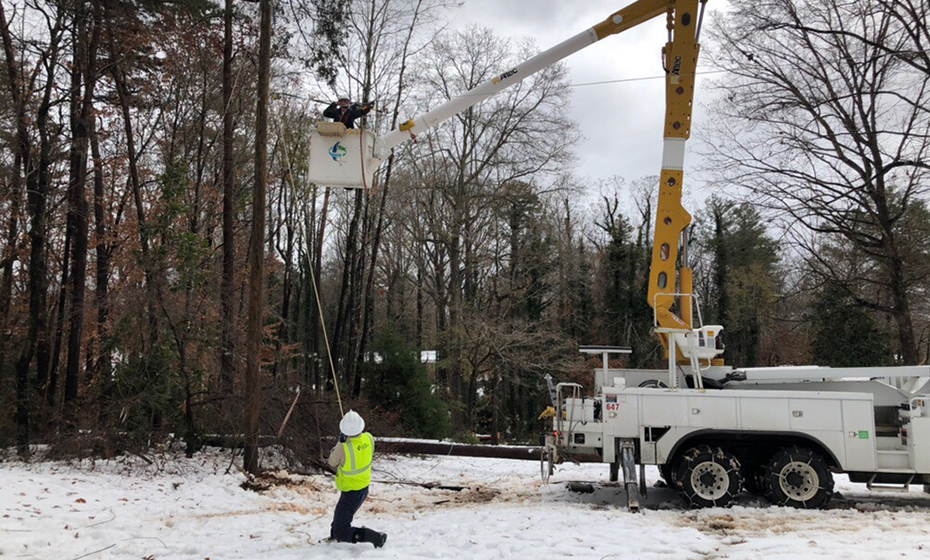 Many trees fell in Rutherfordton, N.C., and took lines with them. Here, crews work to restring the power lines. 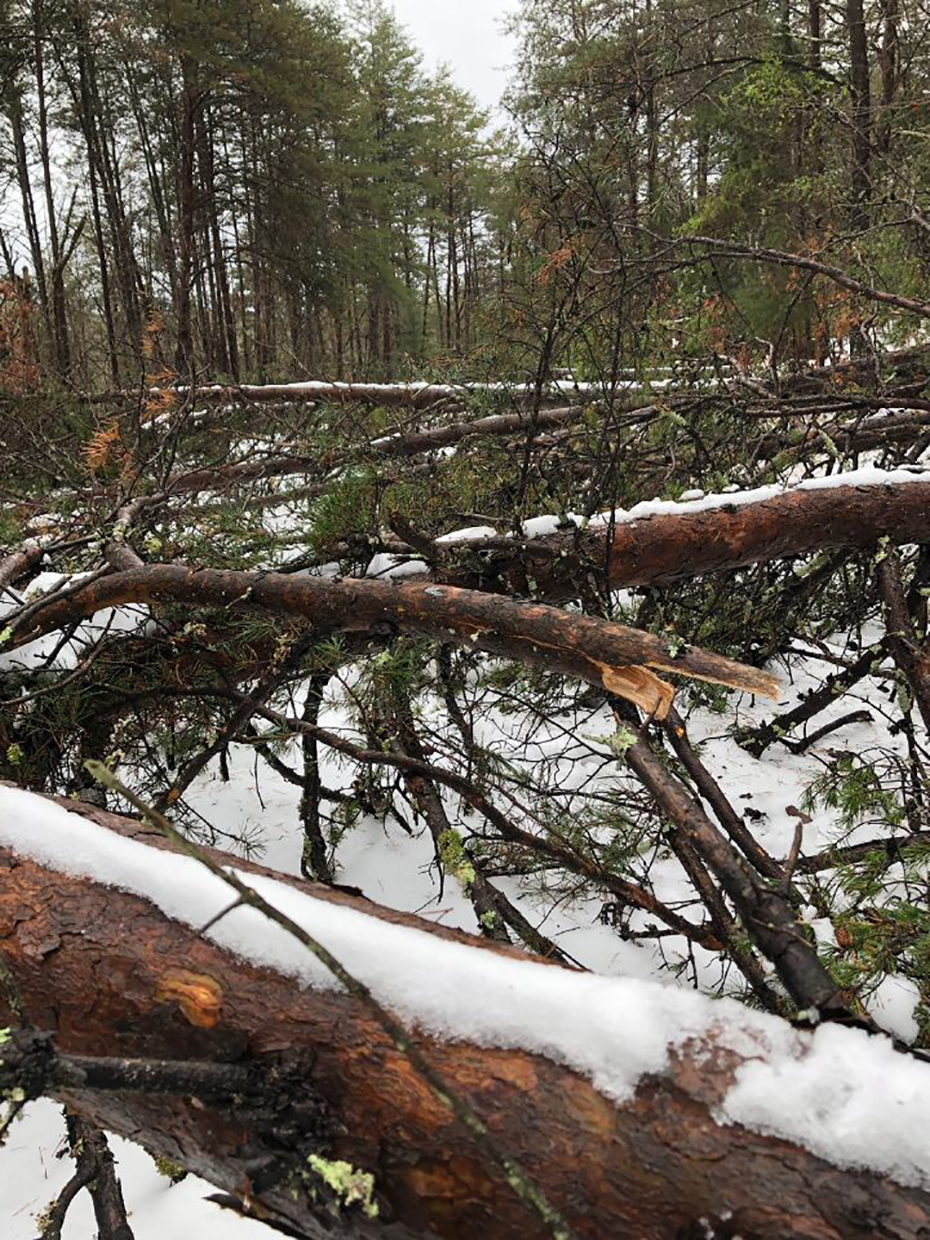 Also in Rutherfordton, N.C., crews had to climb over debris like this – about 15 downed pine trees that covered the path to the pole. 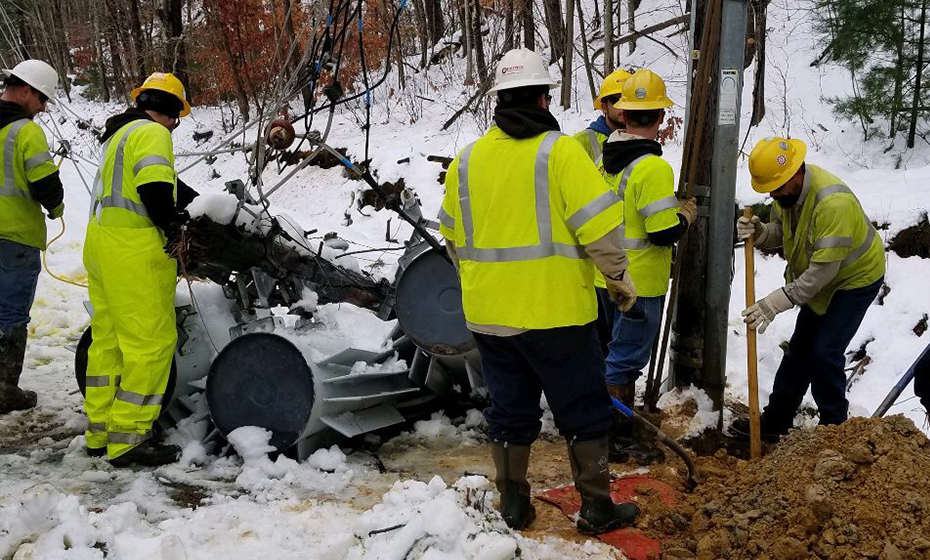 Another tight area pictured here in Candler, N.C., where equipment was shattered after it fell. 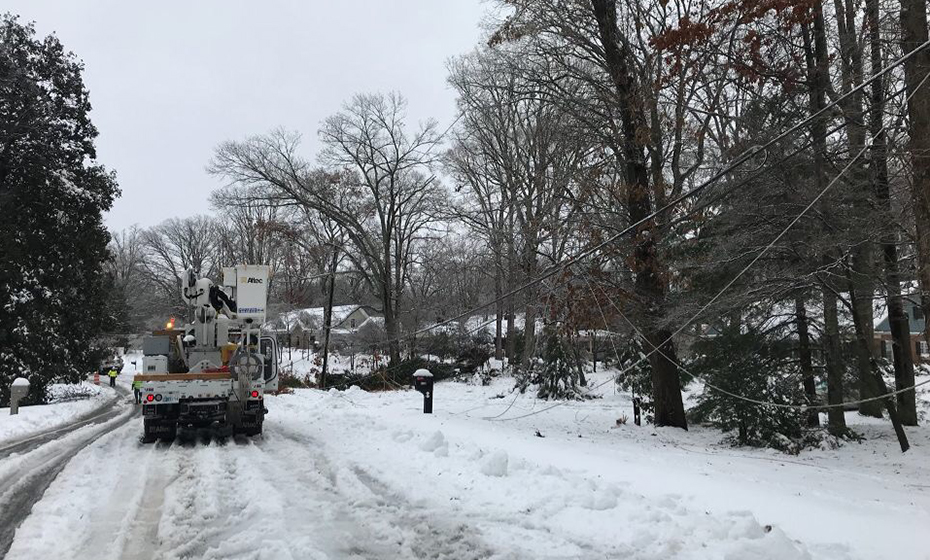 A restoration down this street in Greensboro, N.C., restored close to 2,000 customers – the largest single outage in the city. 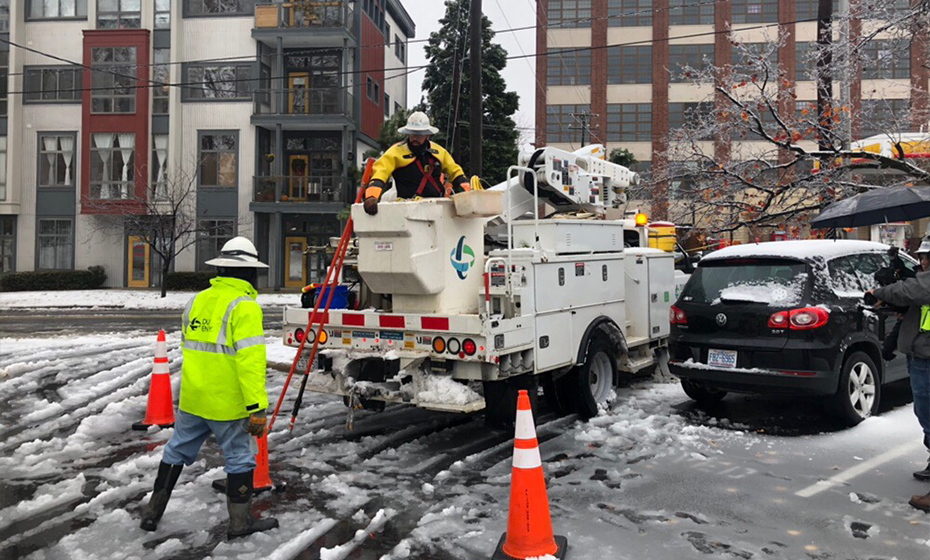 After a tree fell on a power line in an uptown Charlotte, N.C., gas station parking lot, crews worked as quickly as possible to remove the tree and repair the line. 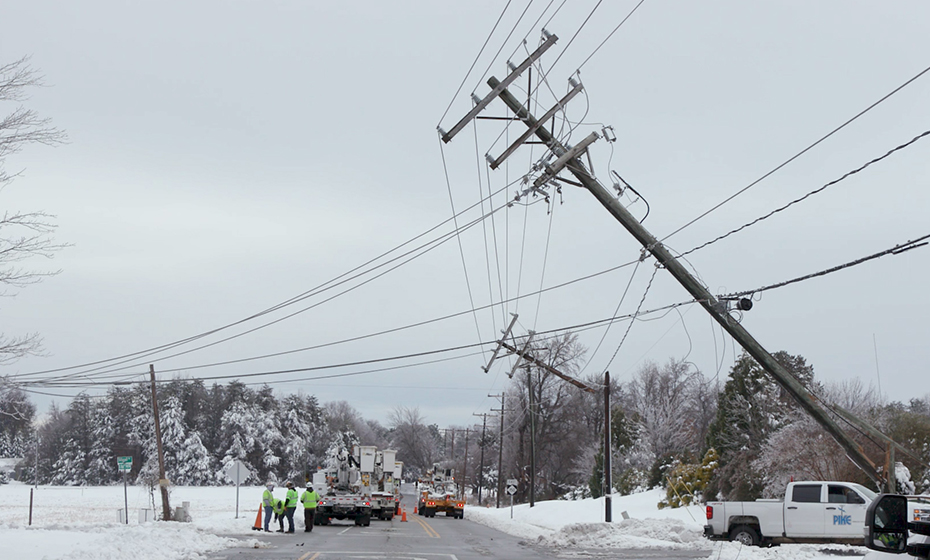