As enchanting as coastal sea oats look, their golden tassels dancing in the ocean breeze from Florida’s Panhandle to North Carolina’s Outer Banks, what lies hidden beneath the sand is even more magical.

The roots of this dainty-looking grass extend as deep as 5 feet below the surface, and literally anchor the dunes in place.

For the fragile barrier islands, sea oats are the first line of defense.

They’re so important that conservationists no longer wait for the plants to reseed themselves. After storms destroy the dunes, volunteers follow with new seedlings. As part of Duke Energy In Action Month on May 10, a crew from the energy company helped plant thousands of sea oats on St. George Island in the Florida Panhandle.

If those plants grow, so will the dunes. 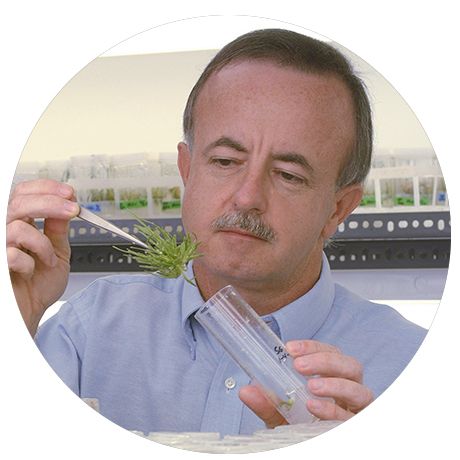 “These plants stabilize sand dunes, which deflect the erosion energy of the wind and waves,” said Michael Kane, a professor of environmental horticulture at the University of Florida in Gainesville who has devoted his career to studying the sea oat. “The dunes are, in a structural sense, a barrier.”

“They have an extensive underground root system. Underground shoots grow horizontally. And on the shoots are roots and each root helps stabilize the sand.”

The stalks, which can grow up to 6 feet tall, also trap sand.

“The upright part of the sea oats decreases the wind velocity and the sand that’s in the wind drops around the plant. So what happens is, around sea oats plants, you start to see wind-blown sand being deposited.”

For many beach-goers, sea oats serve simply as a familiar backdrop for vacation photographs. But don’t step too close. They are so crucial to the formation of dunes that picking or disturbing them is against the law in Florida, Georgia, South Carolina and North Carolina. Walking on dunes is also forbidden because of the damage it can cause not only to the dunes themselves, but also to the sea oats.

The biggest threat, however, is a hurricane. 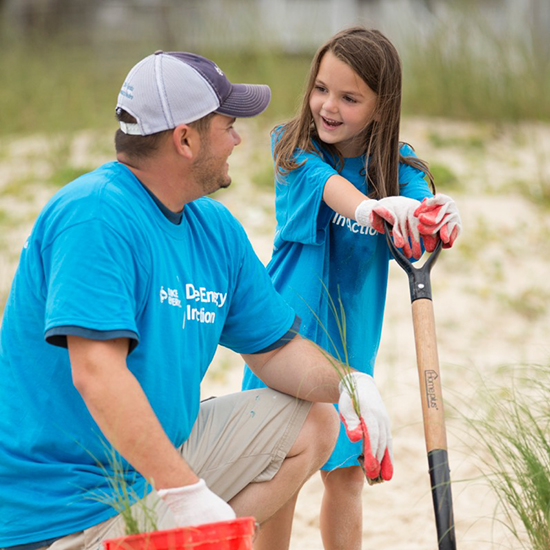 “It can wipe out everything,” Kane said. “It’s like a vacuum cleaner. There’s nothing left. This type of damage has been going on for millions of years but the big difference is that now we have development right behind dunes so there are severe threats of economic loss and also a loss of life.”

Storm surge can destroy dunes in a few hours. Restoring them can take years.

In May 2016, Duke Energy volunteers worked in the rain to plant thousands of seedlings on St. George Island. Most are thriving, said Danny Collins, Duke Energy’s government and community relations manager in north Florida. This year, employees returned to plant even more.

They work with staff of Franklin County Emergency Management and members of the Conservation Corps of the Forgotten Coast, a youth development organization that helps with habitat restoration projects. Some volunteers used small pointed tools called dibbers to dig holes; others fertilized and planted the seedlings. 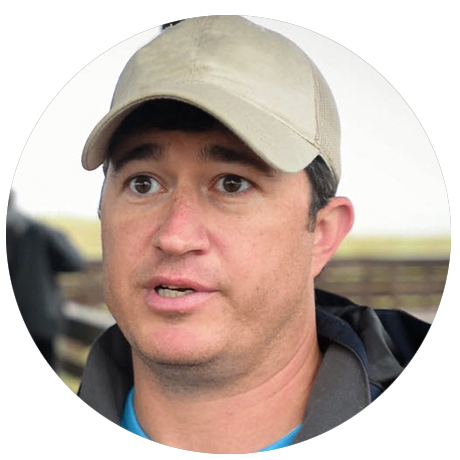 If successful, each new plant will send out underground rhizomes that, in turn, will sprout even more new plants.

Collins said it’s important for businesses such as Duke Energy to get involved so that St. George Island remains “one of the most beautiful places in the world.”

“We call this area the forgotten coast,” he said. “It’s on us and everybody who works in the area to do something to make it a better place. Planting sea oats not just makes the beaches look nicer; it keeps the beaches healthier. We get to enjoy the beach and do some good work.”

Not every sea oat is alike

Habitat: From Northampton County, Va., through Florida, the Gulf Coast, Texas, and south to Tabasco, Mexico. Also in the Bahamas and some parts of northwestern Cuba.

Fun fact: A seedling from Florida will not fare as well in North Carolina. Sea oats adapt best to the area where they came from. Said Prof. Michael Kane, who studies their genetic makeup: “We see tremendous differences between sea oats with respect to how they grow, their root system and shoot systems.”