Some people dream of fishing and boating as their day job. Duke Energy’s environmental scientists get to live that out while watching over the communities the company serves.

In lakes and rivers next to power plants, scientists from Duke Energy take water samples, assess the fish population and collect habitat and lake and river health information throughout the year. What does that have to do with generating power? The data helps plants operate efficiently while complying with state and federal regulations that protect the public and the environment.

Duke Energy monitors bodies of water across the Carolinas. At Lake Norman north of Charlotte, N.C., scientists assess 45 surface water parameters. As is the case with fish studies, water samples are collected under guidelines and sent to the state for independent verification.

“Water is vital to every power plant we operate, so it’s our duty to manage that resource responsibly,” said Scott Fletcher, Duke Energy’s manager of natural resources. “We operate only with regulator permission – all our work must comply with rigorous federal and state rules that keep public water supplies safe. All labs we use are held to the high standards set by regulators, and our environmental scientists meet stringent field certification requirements.”

Here’s a look at Duke Energy’s environmental scientists on the lake. 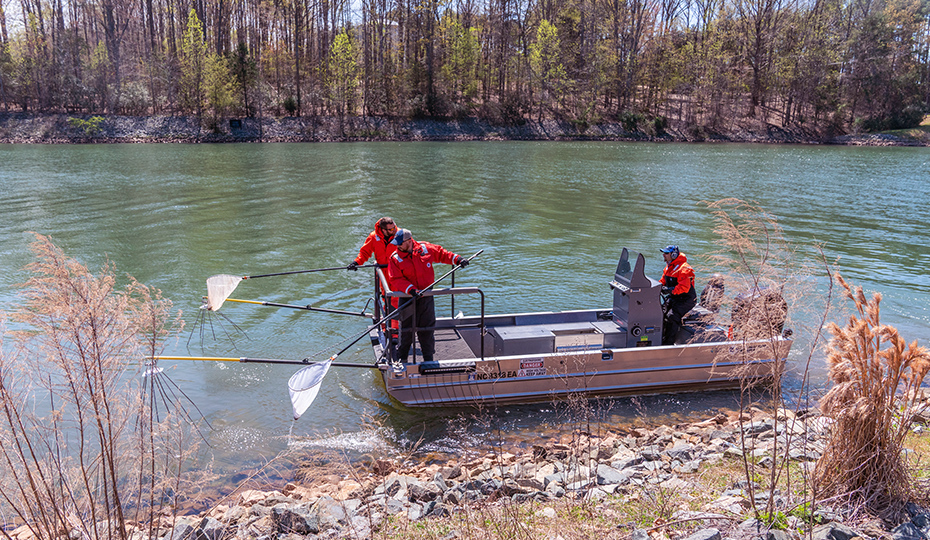 At the southern end of Lake Norman, about 10 miles north of Charlotte, the waters outside of McGuire Nuclear Station are renowned for their fishing – particularly the “hot hole” or discharge canal. These Duke Energy environmental scientists are catching fish for study. 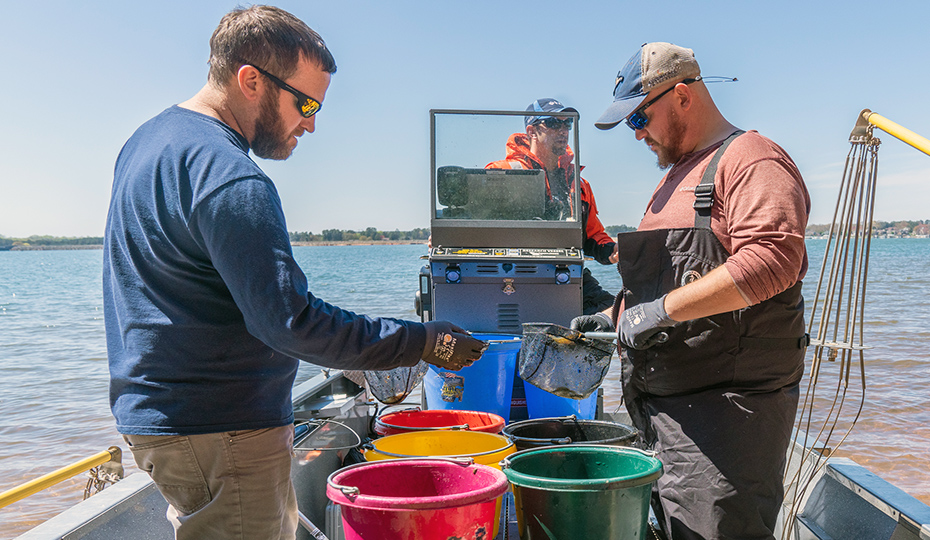 Environmental scientists (from left) Matt McKinney, Nick Wahl and Anthony Winn weigh and measure the fish, documented in a report shared with the North Carolina Department of Environmental Quality and North Carolina Wildlife Resources Commission. If fish are reproducing and growing (both in size and age) at expected rates, that’s an indicator of a healthy lake. 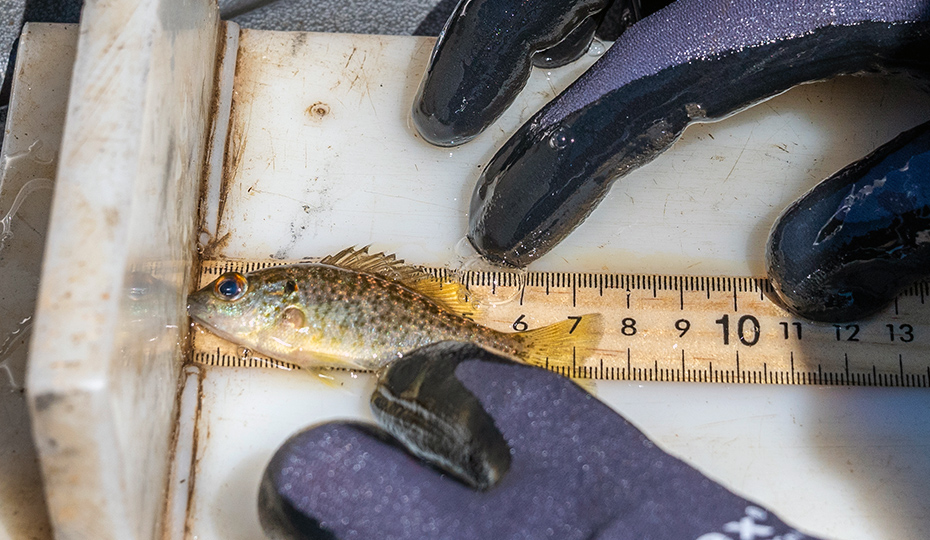 On this occasion, 70 fish were caught, ranging from a 75-millimeter sunfish to a common carp nearly 2 feet long. About 5 pounds of each variety – typically three average-sized carp and bass, and 10 to 20 sunfish (such as this pumpkinseed) – caught near McGuire and Marshall Steam Station are kept for tests to ensure the fish are safe for public consumption, too. Half are tested in Duke Energy’s environmental lab, with the other half sent to Raleigh for independent state tests. 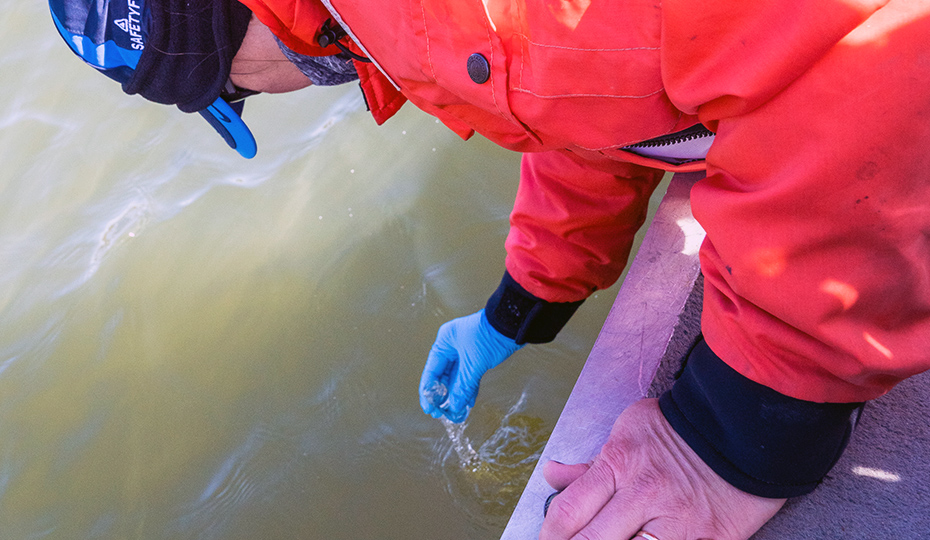 On the same day as the fish sampling near McGuire, other company scientists took surface water samples at the opposite end of Lake Norman, above and below Marshall Steam Station’s discharge canals. This testing is part of Duke Energy’s compliance with the Clean Water Act, a federal law that assures water is safe for drinking, aquatic life and recreation. 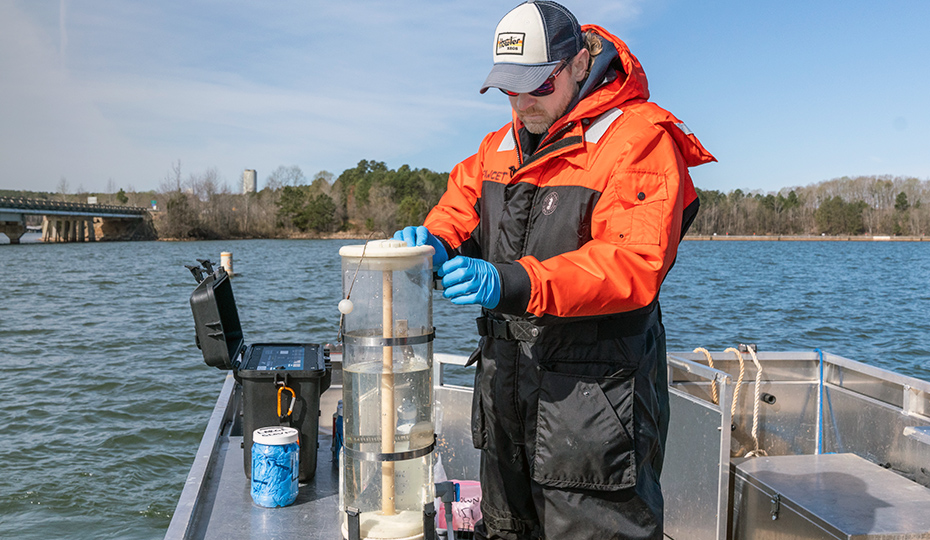 Maverick Raber, Duke Energy’s manager of the Surface Water Science group, collects water in a Van Dorn sampler used to characterize water chemistry near the bottom of the lake near Marshall. Local governments and water suppliers also conduct tests – all published publicly, and governed by state and federal regulations. Data collected by Charlotte-Mecklenburg Storm Water Services every other month shows the lake has scored 99 or 100 on every test for the last decade, indicating the best surface water quality possible. 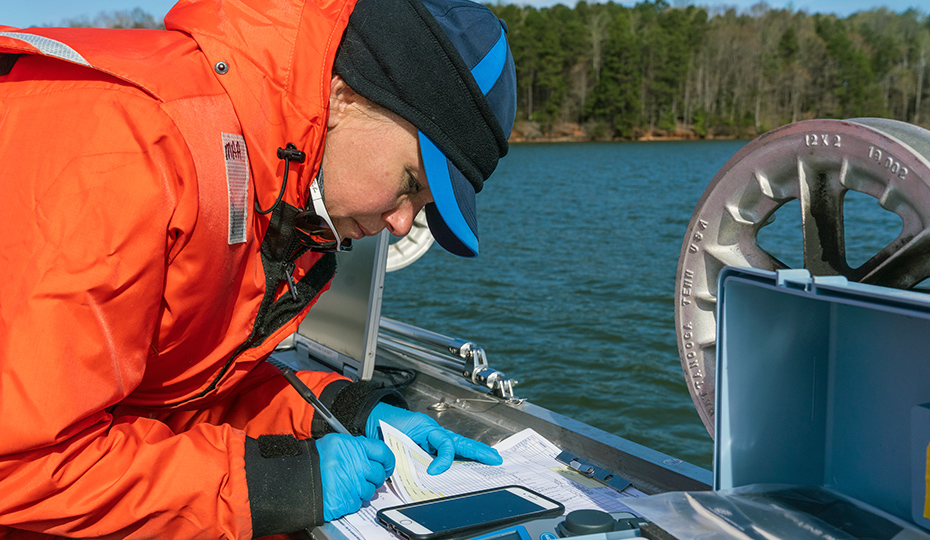 On this occasion, the field tests monitor temperature (55 degrees above and below the plant), dissolved oxygen (100% saturation), pH for acidity (7.2 – neutral) and conductivity (51 µS/cm – low). Another sample is taken for turbidity (cloudiness). The state standard for lake NTUs (turbidity units) is 25; the water in Marshall’s discharge canal was 5.2 NTUs. Any changes from historical norms would trigger further investigation. 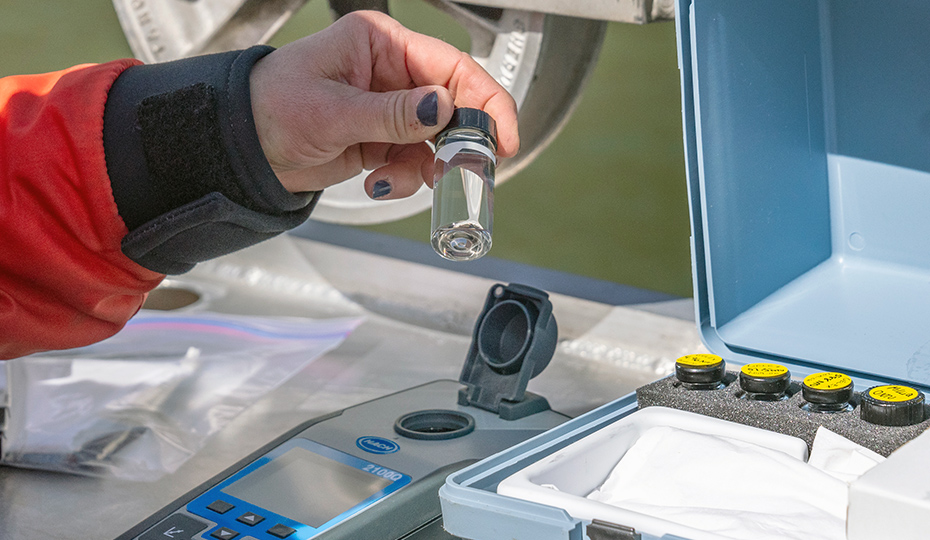 Duke Energy has collected samples from more than 70 locations lakewide for nearly six decades, including near each public drinking water intake. Such tests allow the company, government agencies and other stakeholders to see long-term trends and confirm that environmental conditions remain healthy for aquatic life and human use. 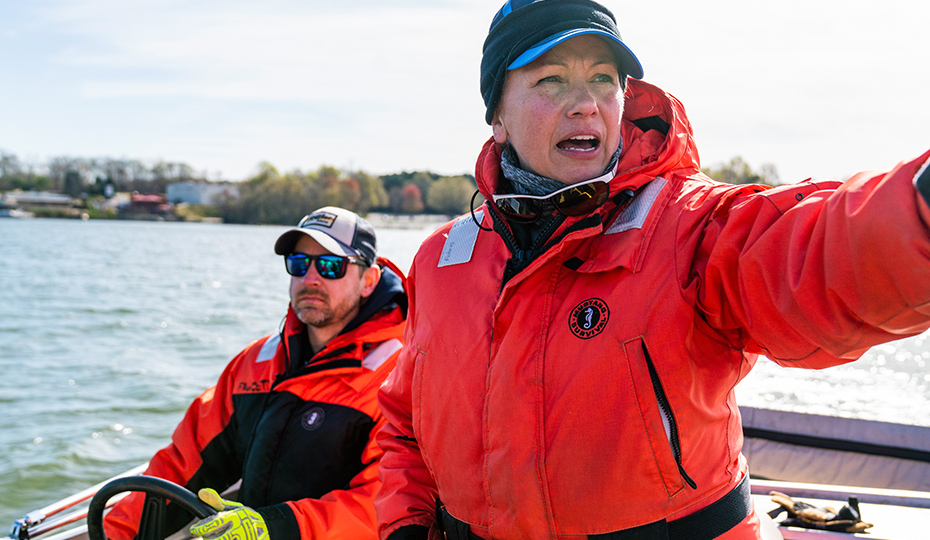