Russ Wilkenloh has spent more than a decade at Duke Energy finding ways to reduce the amount of wood waste that goes to the landfill. 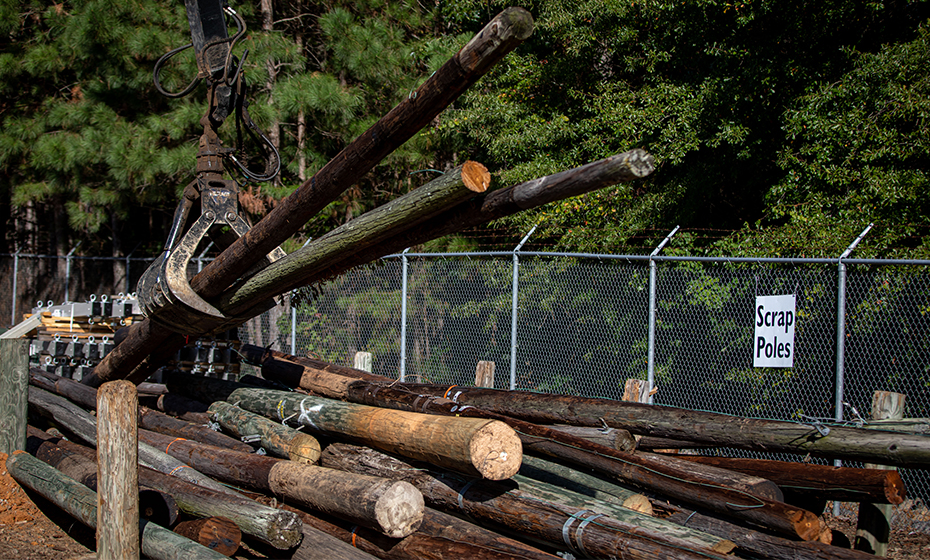 Duke Energy has about 25,000 tons of wood waste per year from old power poles, pallets and reels that hold power lines. Instead of putting it all in a landfill, the company found a way to recycle 90 percent in 2021.

Most power poles are as tall as a semitrailer truck and weigh as much as four refrigerators, which can make recycling difficult.

Blackwood Solutions President Jason Feagans developed recycling processes with Wilkenloh, Duke Energy’s director of material management services for supply chain. After Wilkenloh heard about how Feagans was recycling railroad ties, he asked Feagans if he’d be willing to find a way to reduce wood waste for Duke Energy, too.

“Innovations in treated wood recycling are born here. When you look at a pile of broken, rotten wood,” Feagans said, “it’s hard to see value, but I get excited when I see it because we’re always thinking hard about what’s in that pile of wood. How can we turn it into other products that are sustainable, good for the environment and can make a dollar?” 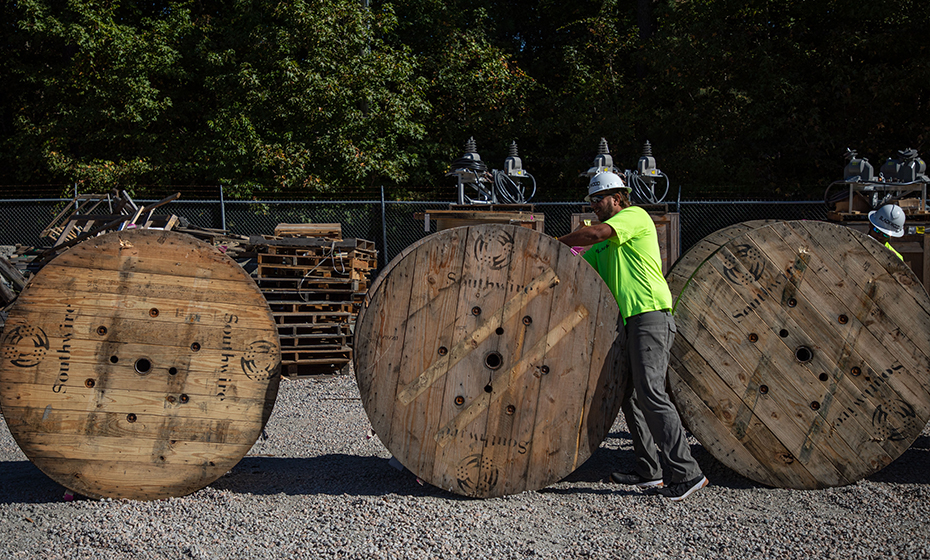 In addition to donating and recycling power poles, the team found a way to make recycling and repurposing wooden spools more efficient and environmentally friendly.

In 2021, Duke Energy repurposed or recycled 90 percent of its old power poles, pallets, reels and other wood, which prevented more than 22,000 tons of wood waste from being thrown away. The company works with Blackwood Solutions to collect the discarded wood from more than 200 operations centers and power plants in six states for several different uses.

Treated wood that’s still in good shape can be donated to people and nonprofits to build barns, fences and parking lot borders, which is an efficient way to repurpose the wood with little transportation and processing. If the scraps are too small to be used, they’re turned into coarse chips that can be sold to landfills to build roads so trucks can drive across the landfill and unload their trash. Normally, landfills would purchase gravel or some other material to build roads, so being able to use material that would have been added to the landfill as trash reduces overall waste. 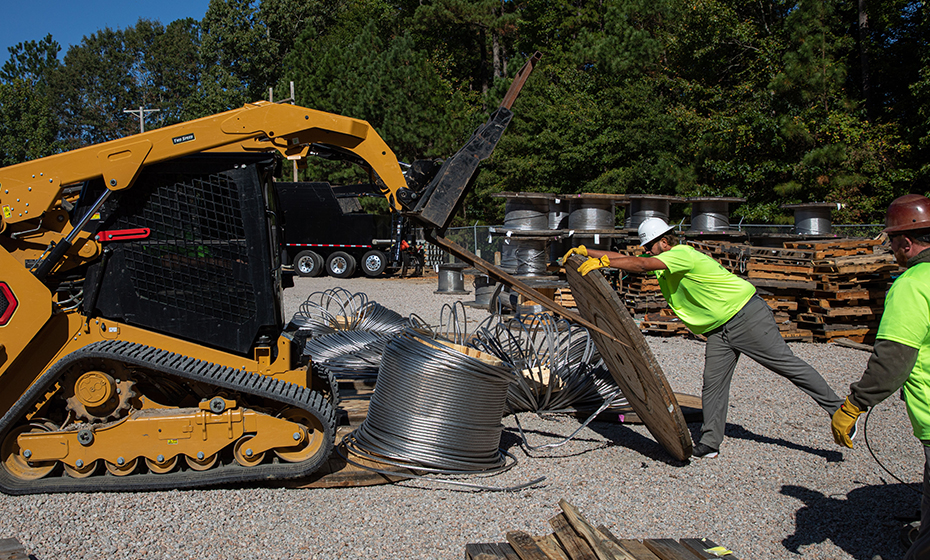 Previously, spools were transported whole because it was too cumbersome to take them apart. The team found an easy was to dismantle the spools and remove the excess wire to make transportation and recycling more efficient.

Scrap untreated wood can also be recycled to produce biochar, a charcoal-like material that sequesters carbon. Burning untreated wood in an oxygen-poor environment at a high temperature reduces the wood’s mass by about 95 percent, so it takes up less space than the scraps and locks in much of the wood’s carbon rather than releasing it into the atmosphere. Farmers can also enhance their soil by adding biochar.

Since Wilkenloh started Duke Energy’s recycling program, they’ve improved the amount of recycled or repurposed waste from all its offices and power plants from 52 percent in 2008 to 80 percent in 2021. Duke Energy plans to reach net-zero carbon emissions by 2050, and Wilkenloh said he sees the company’s recycling work as an extension of its overall goal to generate cleaner energy. 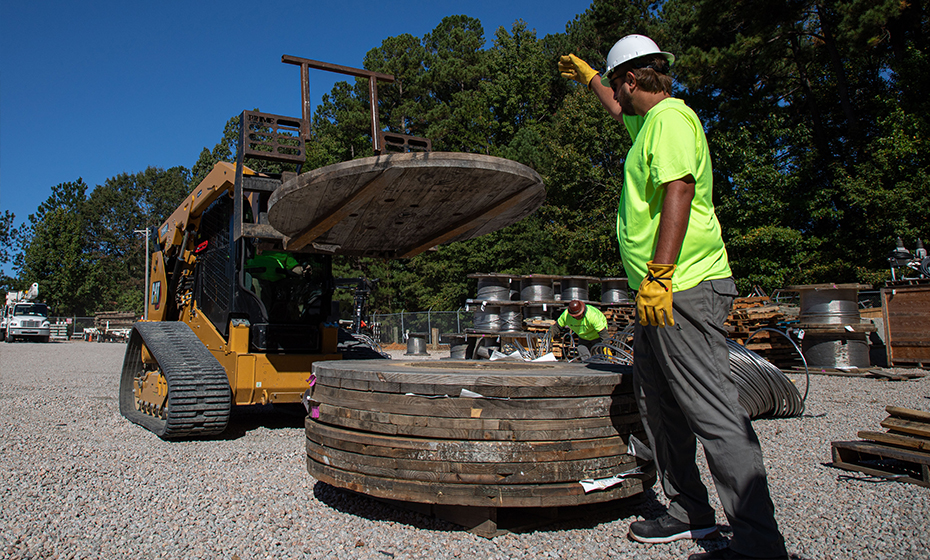 The spools can then be condensed to fit more reels per truck to reduce transportation. Wilkenloh said they will continue to look for solutions like this to recycle even more of the company’s waste.

Wilkenloh is known for checking Duke Energy dumpsters for things that could have been recycled, and while he’s proud of the progress they’ve made, he said there’s always room for improvement.

“If teammates would put it in the recycling pile instead of waste containers, we could move the needle. Our environmental footprint goes beyond just generating electricity,” Wilkenloh said. “It applies to everything we do for Duke Energy including our waste stream.”