If you don’t know a checkered flag from a checkered tablecloth, let us explain. Merrilees helps design and install networks that monitor solar- and battery-powered systems in commercial and industrial sites, including a half-dozen on the roofs of distribution warehouses. 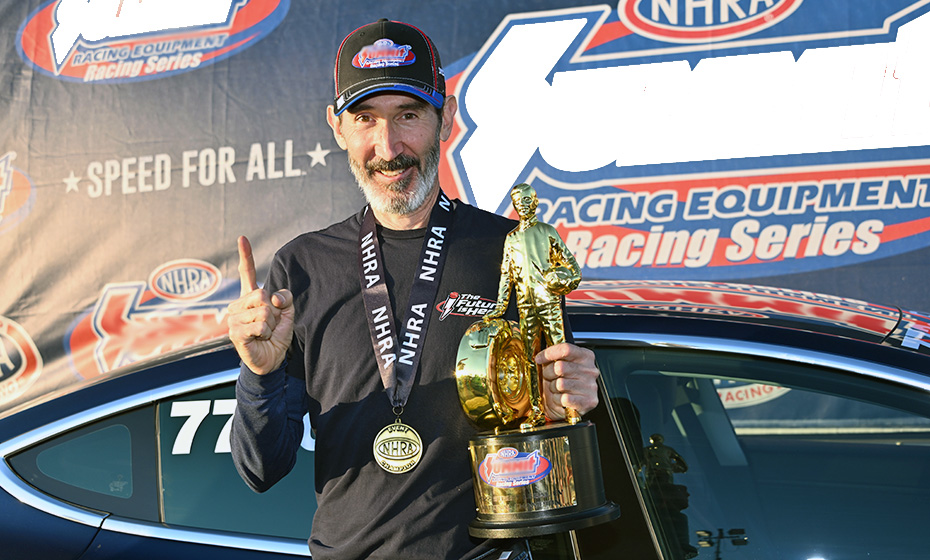 His commitment to preserving natural resources plus a mastery of computers, electronics and all things technical make him ideally suited for his day job as a lead engineering technologist at Duke Energy Sustainable Solutions in San Luis Obispo, Calif.

After hours, those gifts have made him a winner in his other labor of love. Merrilees excels at drag racing in his modified 2018 Tesla Model 3 performance car. The one with 87,000 miles that he drives to work. The one that topped out at 116 mph the October day he won the first national championship in the National Hot Rod Association’s Street Legal EV Class at Las Vegas Motor Speedway.

People in the racing world have taken notice. Nick Bublitz, who manages the drag strip at Sonoma (Calif.) Raceway near Merrilees’ home, describes him as a pioneer. Forgive his hyperbole. “He’s Chuck Yeager, breaking the sound barrier,” Bublitz told the local newspaper. 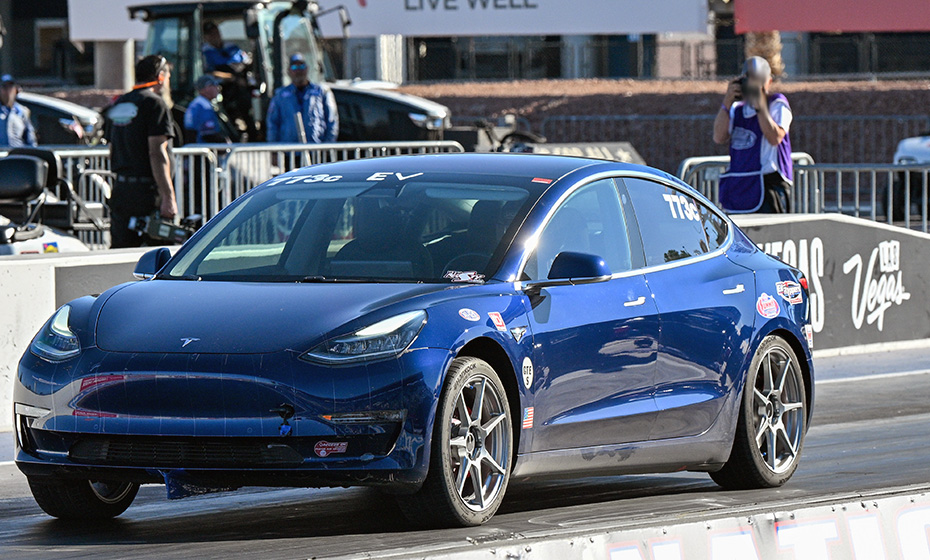 “It’s like racing on your living room couch,” he said. “It’s that docile.”

On and off the racetrack, Merrilees is living the dream: “I align my life with my hobbies, my passion, my career.”

Growing up in tiny Cleves, Ohio, Merrilees started repairing lawn mower engines at 6 and riding dirt bikes and go-karts at 10. He was 13 when his family moved to Southern California. The day he turned 16, he got his driver’s license and raced an open-wheel race car that night. While living in Oregon and studying computer science and physics, he got behind the wheel of his first racecar – a used, orange-and-white 1974 Pinto. He graduated to a Mazda RX3, competing in road races.

He eventually settled in Windsor, Calif., an hour north of San Francisco, in 2012. By that time, he was working in the solar industry. In addition to his technical skills, he brings to Duke Energy an eagerness to respond to challenges.

“He’s a problem-solver, an out-of-the-box thinker,” said Duke Energy’s Russ Thacher, director of Renewables Engineering in Asheville, N.C. “I can call him with any sort of an issue and he’ll say, ‘How can I help?’”

Thacher has ridden to lunch in Merrilees’ metallic-blue Tesla but never gone racing with him. Thacher joked that he'd probably slow Merrilees down.

It was a straight line from working in the alternative energy field to racing EVs. In 2018, he bought his Tesla. His next discovery led him to drag racing. 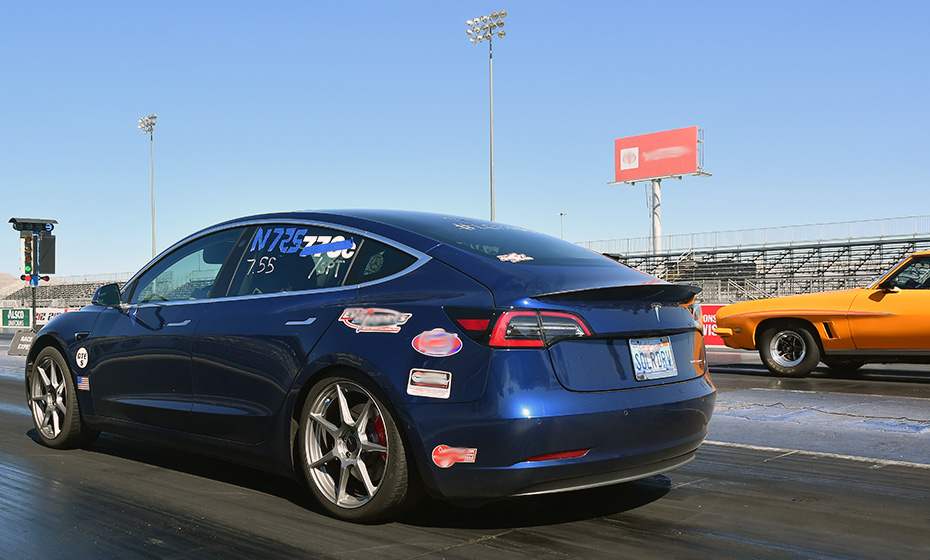 Craig Merrilees: “I align my life with my hobbies, my passion, my career.”

Every part of EV drag racing speaks to him.

Tinkering under the hood. In his case, that means modifying the suspension, brakes and tires.

Speed. While he can’t go 330 mph like the drag racers you see on TV, his Tesla can do 0 to 60 mph in 3.1 seconds and get up to 162 mph. (“It’ll smoke your Avalon,” he told the writer of this story, who foolishly wondered who would win if they raced.)

Strategy. The drag racing in which Merrilees competes in his Tesla is known as bracket racing. It works like this: Both drivers in a race predict a time they believe it will take them to get to the finish line. The slower car gets a head start. The winning driver must run closer to their projected finishing time than the other driver. Some wind up having to pound the brakes before the finish line, Merrilees said. He ought to know. He’s been in 150 races in his Tesla, all in California and Nevada.

In addition to all that cool stuff, Merrilees said, there’s the joy of victory.

He took home a trophy and $8,200 for winning the championship in Las Vegas. A bonus? He loves the racer’s lifestyle. He’ll drive 10 hours to an event, put down the back seat and rest. “I call it Hotel Tesla.”

Merrilees is single. He said that means he can devote all the time and money he wants to EV racing. At work, he helps preserve our natural resources. At play, he leaves the competition in his dust, well, not exactly since they race on pavement. But you get the idea.

Who knows where technology and a fast car will take him next.

“Racing is going to continue to evolve,” he said. “EV racing opens up a new realm.”