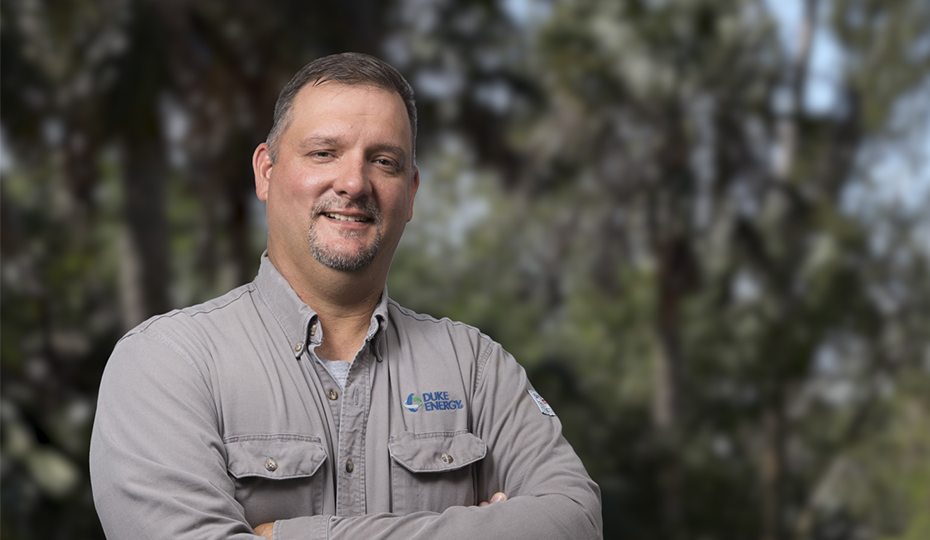 But he instinctively pulled over his Duke Energy truck, crossed the road and found the woman’s 6-year-old daughter trapped under the flipped SUV. The three men lifted the wreck off the child, while the woman pulled her free.

Ask Pellicer about the deed, and he responded: “Anybody who saw that was going to pull over and assist them.”

But there’s more to the story than this modest reply.

Pellicer, a field services representative from Trenton, Fla., was returning to Trenton from White Springs about 6 p.m. on Sept. 3, 2016. Just south of the Santa Fe River, he glanced across the highway to see the crashed SUV, upended on the far side of a ditch filled with water from the heavy rain. Two vehicles stood nearby.

Inside the wreck were a mother and three daughters, one a baby still wearing her hospital bracelet. Beneath her, face up, lay a girl in extraordinary circumstances.

“I can still see that girl’s face,” Pellicer said. “If that had happened any other time, I don’t know that she’d have lived, but the ground was so soft from the rain that it may have created a depression. The placement of the car was perfect: If it had slid up toward her face or crushed her ribs. … Ten feet closer to the road, and she probably would have drowned in the ditch.”

Ten feet closer to the road, and she probably would have drowned in the ditch.

After the quartet freed the girl, who barely spoke English, she made them understand that four people were still in the vehicle. The rescuers helped two older daughters climb out. Their mother couldn’t unlatch her seat belt or the baby’s, so Pellicer helped cut through the belts to hoist out the last two. Ambulances came, and a Spanish-speaking emergency medical technician made sure nobody was seriously injured.

Though Pellicer downplays the deed, his supervisor doesn’t.

“It takes a special kind of individual to put himself in harm’s way to help a complete stranger,” said Development Assignment Leader Michael Johnson. “That’s the kind of person Chuck is. His integrity and character are admirable.” 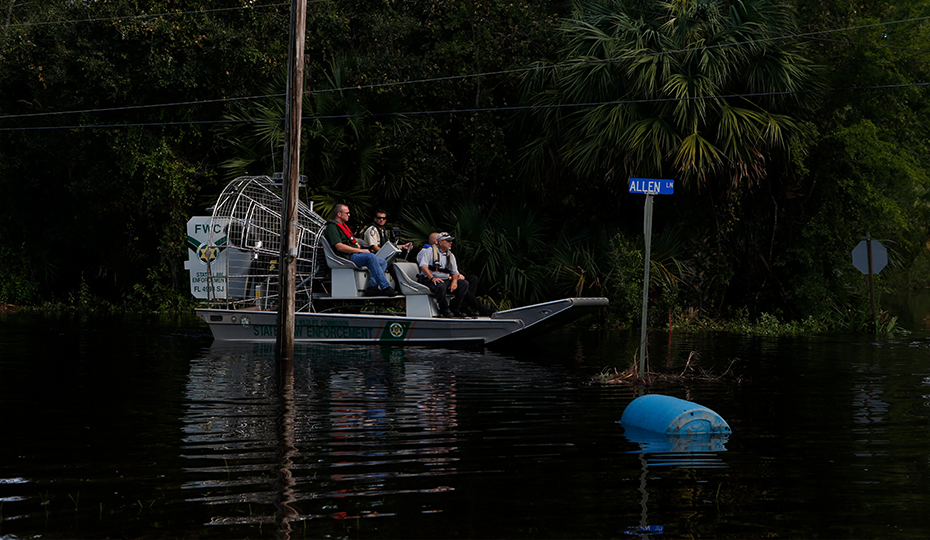 After Hurricane Hermine, crews used airboats to patrol flooded roads in Steinhatchee, Fla., a coastal town near the accident.

That’s why, almost a year after the rescue, Pellicer received a James B. Duke Award, Duke Energy’s highest employee honor. “In the midst of a chaotic storm restoration,” the awards booklet says, “Pellicer showed courage under pressure and saved five lives.” He got an engraved trophy, a cash prize and companywide recognition, plus a page in the commemorative booklet as one of 16 winners for heroic acts. (Altogether, 58 people won awards out of 126 nominations, the highest total in company history.)

Pellicer didn’t talk with the family at the scene and has heard nothing about them since that day. He has tried unsuccessfully to visualize how the child could have been thrown from the moving vehicle and have it land on top of her.

In the end, this is all their rescuer can know. “It was their day to have a wreck,” he said simply, “but not their day to die.”