From six-year-old with science kit to smart grid engineer

At Duke Energy’s innovation lab, Aleksandar Vukojevic is building the blueprint for the grid of the future. Vukojevic, an electrical engineer, is part of the company’s emerging technology team that’s reimagining the grid so it can operate reliably and safely as modern resources like renewables and batteries are added. 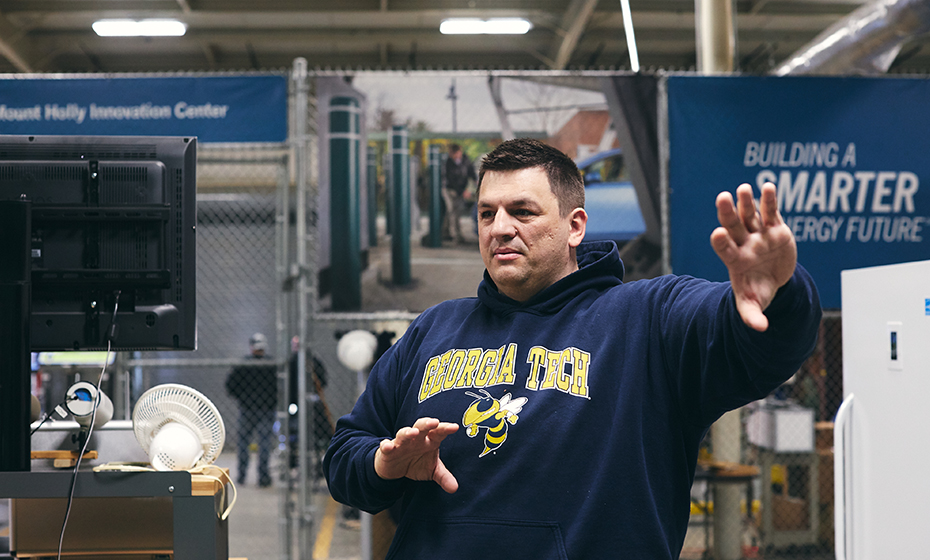 While the technology is emerging, it’s a field Vukojevic has known he wanted to be a part of since he was six years old.

Born in 1975, he grew up in former Yugoslavia in Jajce, a mountainside town with a 72-foot waterfall at its center. It’s located in present-day Bosnia at the confluence of two rivers and powered by three hydroelectric stations. Even though there were several power stations near his home, the town would have scheduled power outages often in the summer.

“As a kid,” Vukojevic said, “you don’t understand why the power is on today and not tomorrow.”

So, he asked his father, “Why, if we have three power plants so close, do we lose power so often?” His father told him if he wanted to know, he’d have to study electrical engineering.

“I said, ‘This is the problem I want to solve. There has to be a solution.’” 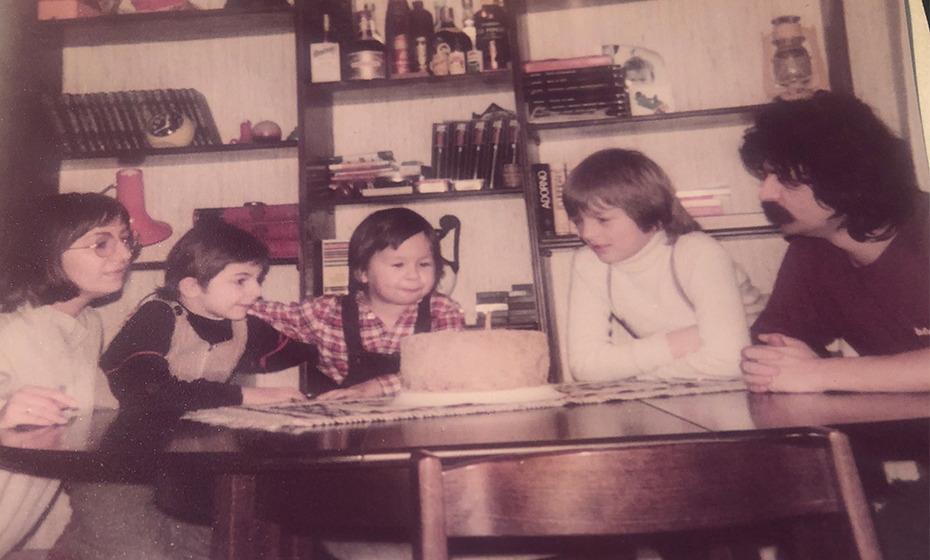 Vukojevic, next to his father, far right, celebrating his brother's birthday in 1982.

He decided then he would become an electrical engineer. To teach him the basics, his father gave him an Electro Pioneer kit of 153 science experiments that spanned science topics from magnetism to circuitry. Young Aleksandar was hooked.

One by one, he completed 152. Following the guidebook in the kit, he built a motor and watched it spin. He made magnetic fields visible using iron shavings and a magnet to learn the principles of electromagnetics. He built a telephone and remembers that as the first time he had the satisfaction of building something familiar that worked. It was the jumpstart of everything else, he said.

“As you start seeing more things work,” he said, “You get more interested, and you’re like, ‘What’s next?’”

For about three months he worked his way to the last experiment – a battery – but when he asked his mother for the sulfuric acid required to complete it, she told him no. Children shouldn’t be playing with sulfuric acid. Disappointed, but undeterred, Vukojevic looked for more projects. He’d work on motors with his uncle, and he went to a high school in Belgrade named after Nikola Tesla, where he learned how to work with electricity before pursuing electrical engineering in college. In 1998, his family left Yugoslavia during the Yugoslav Wars and moved to Atlanta, where Vukojevic continued to study engineering. 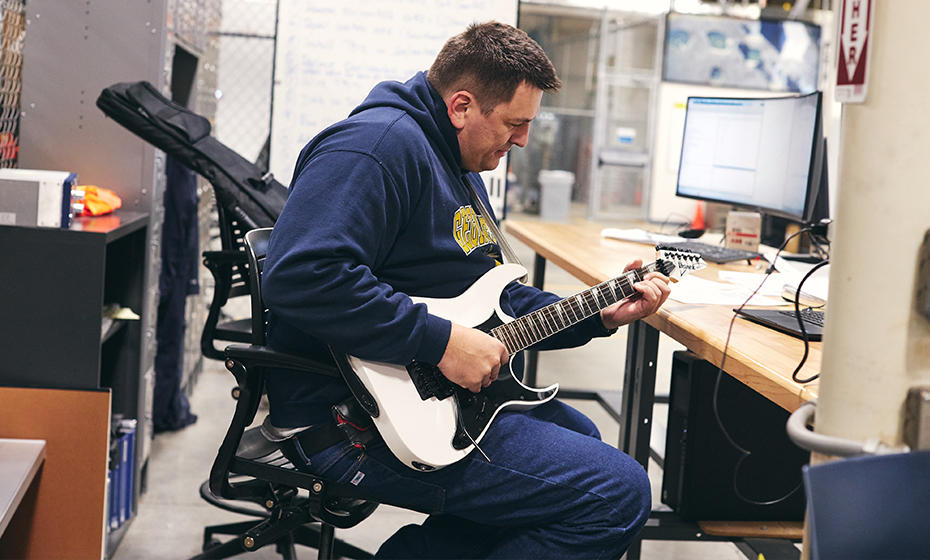 In addition to developing an interest in engineering as a child, Vukojevic picked up guitar. He played in a heavy metal band in college and still strums for fun. He posts his videos of his songs on his LinkedIn page periodically, where he says he sometimes gets more views on the videos than his research.

In May, Vukojevic will complete his Ph.D. from North Carolina State University in electrical engineering specializing in power systems – the components that make up the grid and how they work together to ensure safe and reliable power.

Though his original battery was left unfinished, Vukojevic designed, installed and commissioned many more at Duke Energy.

He has worked on drones, augmented and virtual reality, but now, most of his attention at work and school goes to microgrids – a system, usually a combination of renewables and batteries, that allows a customer to disconnect from the traditional power grid and operate on its own. Microgrids are gaining popularity as the price of technology falls and customers realize the reliability and environmental benefits, but there’s still a lot to learn. 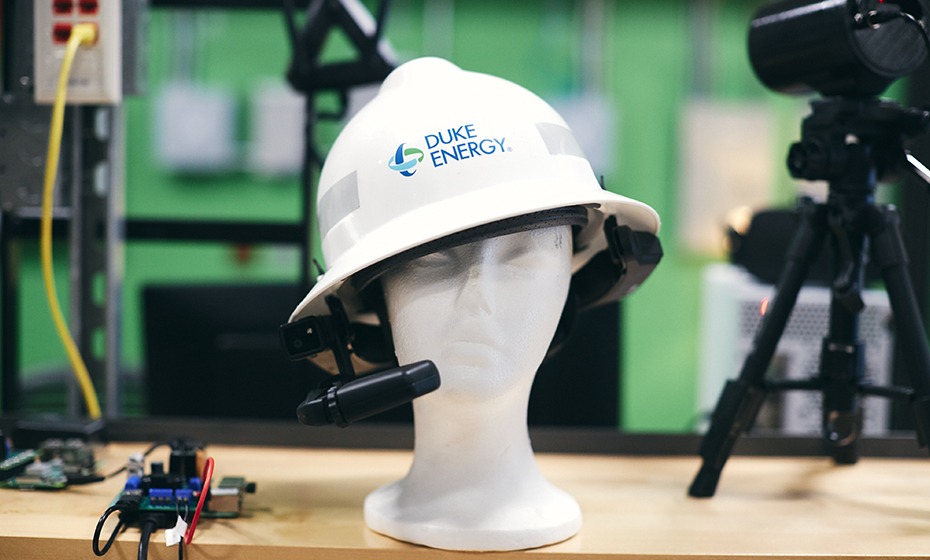 One of his earliest projects at Duke Energy was exploring how the company could use augmented and virtual reality to help with training and operations.

Vukojevic helped build one of the company's first microgrids – the Mount Holly microgrid at the innovation lab – to test the technology without interrupting customers. The solar-and-battery-powered microgrid allows the lab to seamlessly switch from its grid-connected mode to an island mode where the lab is powered by the microgrid. Vukojevic and other Duke Energy engineers designed the microgrid in 2015 and continue to test its performance with different pieces of equipment.

Those who aren’t experts in grid design might wonder why the testing is necessary. It’s easy to assume that solar panels and battery systems are plug and play, but it isn’t that simple.

When the electric grid was designed more than 100 years ago, the only way to generate electricity was with power plants. Traditional power plants produce electricity using generators that rotate at a controllable and steady speed. Solar panel output, however, is based on changing weather conditions, and the direct current electricity is converted to alternating current using inverters, which deliver electricity at a different rate. This variability is challenging for the grid, which was designed to operate at a consistent frequency and voltage. Even slight changes can cause interruptions in power for customers, so it’s important – especially as renewable energy becomes more plentiful – the industry design new systems that help smooth the delivery of renewable energy to the grid. 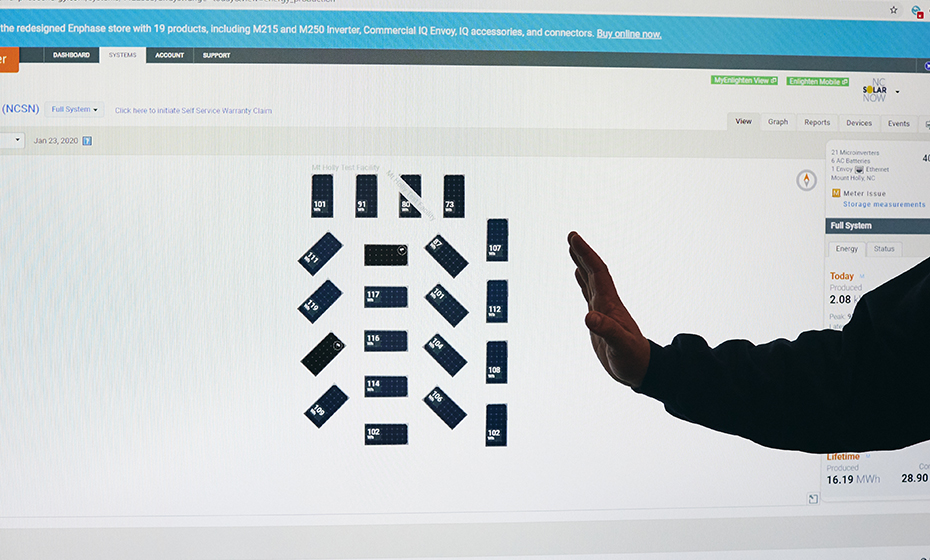 Vukojevic explains a study of solar panels at the lab. Twenty-one panels are installed at different angles and directions to learn which is most productive. Their findings can be applied to future residential solar installations.

Vukojevic’s work experience and education, said Jason Handley, director of emerging technology, make him one of the industry’s experts in protection and controls – the devices that prevent failures in electrical systems. He came to Duke Energy in 2014 after working for other utilities and industry organizations as a smart grid engineer, transmission planning engineer and a substation test engineer.

“It was more his dream than mine,” he said. “I wanted to give him my diplomas, but he wouldn’t take them.” 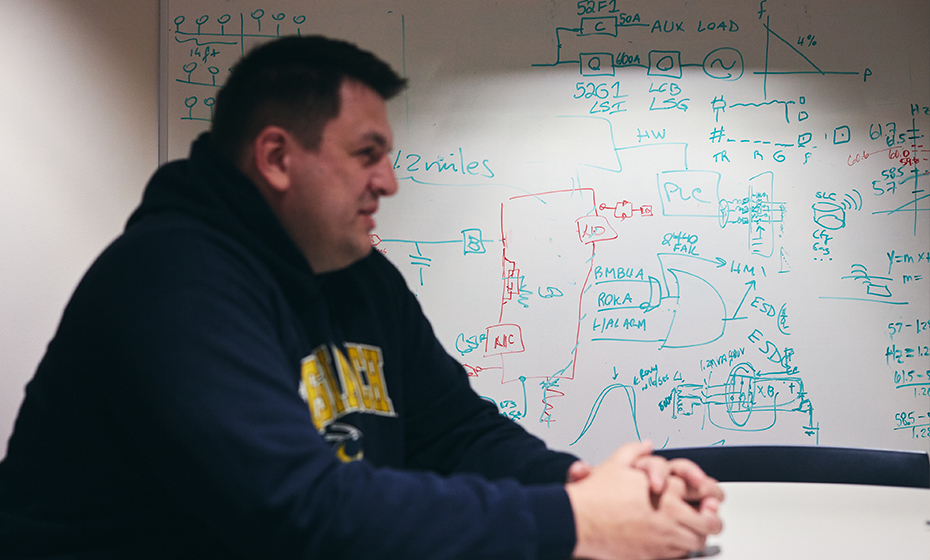 Vukojevic's research will keep the grid reliable as utilities and homeowners add new generation forms like renewables and batteries.

Looking back, Vukojevic realizes his father knew the answer to the question he asked at six years old. His father is a journalist with education in child psychology and philosophy and getting his son to think critically and ask more questions was his way of helping his son develop an interest in something that could become his career.

It worked. Today, his research is critical to the future of renewable energy. At the Mount Holly Innovation Lab, the team has a yard full of things they’re testing – systems and sensors that monitor the status of batteries and transformers, communications systems that are simpler and more efficient, voltage regulation devices and more. His goal, like most engineers, is to optimize all of it.

The problems are more challenging than they were in his science kit from 1981 – and they don’t come with a guidebook – but he still looks forward to moving from one experiment to the next.