Piedmont Natural Gas, acquired by Duke Energy on October 3, 2016, might be new to the Duke Energy family, but natural gas customers across the Carolinas and Tennessee have long been familiar with its brand of service.

From its modest beginnings serving only two small residential Charlotte communities in 1950, Piedmont Natural Gas has grown to serve more than 1 million homes and businesses. For generations, Piedmont has provided safe, affordable and reliable natural gas service to customers large and small.

Here are five not-so-obvious details that tell the inside story of Piedmont Natural Gas. 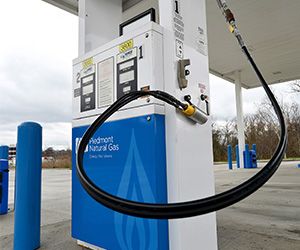 The advantages of natural gas go far beyond providing hot water or increasing a home’s energy efficiency; for example, it's a cost-effective transportation fuel option for local communities and businesses that operate vehicle fleets of all sizes, and when these organizations save money, you save money.

Natural gas vehicles (NGVs) run on compressed natural gas (CNG) and quickly are gaining ground with corporate fleets for organizations that want to save money on fuel, reduce emissions and decrease their impact on the environment. Piedmont Natural Gas has converted more than 30 percent of its own fleet to NGVs. In 2014, Piedmont and its CNG customers together displaced more than 2.1 million gallons of gasoline and diesel fuel, reducing ozone emissions by nearly 19,000 metric tons.

Piedmont has smart pigs — for real 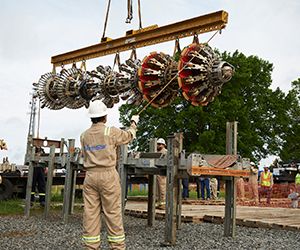 Piedmont Natural Gas employs the help of “smart pigs” to inspect its pipeline system. Smart pigs come in all sizes, and they race through Piedmont’s pipelines looking for any anomaly that may compromise service or safety. They are sophisticated probes outfitted with sensors and are pushed through pipelines using natural gas pressure. These probes transmit data on the thickness of the pipe and can pinpoint corrosion, potential cracks and other areas that should be addressed.

The technical term for these probes is “in-line inspection devices,” but why call them that when you can say smart pig? Some believe the nickname evolved from earlier “pipeline intervention gadgets” used to clean pipelines or more modern “pipeline integrity gauges.” Others argue the early devices made squealing sounds as they sped through the pipelines. 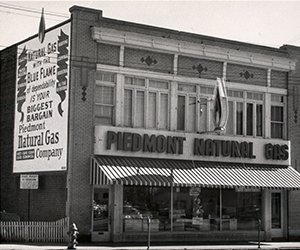 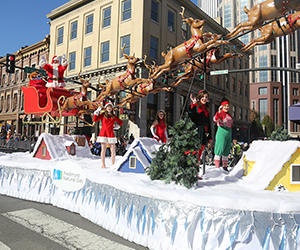 Each year, Piedmont sponsors a storied and long-running Christmas parade in Nashville, Tenn., which dates back to 1927 and attracts tens of thousands of spectators. Proceeds from the parade go toward Piedmont’s Share the Warmth program, which helps low-income families with their utility bills, and the Monroe Carell Jr. Children’s Hospital at Vanderbilt University.

Piedmont inherited the parade in 1985 when it purchased the Nashville Gas Company — the event’s sponsor since 1952 — and has embraced the traditions of naming high-profile grand marshals and raising money to help the community. 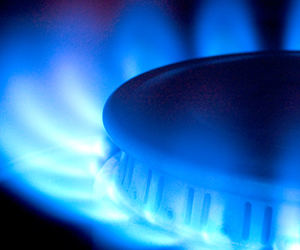 Piedmont employees believe their customers shouldn’t have to think about their natural gas service, which is why they promise their customers "peace of mind." When customers turn on their water faucet, range, furnace, fireplace or grill, they should be met with heat that’s always there when they need it. This heat should be comfortable, safe, reliable and easy to control. It should be affordable, environmentally responsible and, most of all, available to anyone who wants it.

That is "peace of mind."