Carrie Pittman Meek has been an unabashed fighter for the poor and disenfranchised her entire life. The daughter of Tallahassee, Fla., sharecroppers, granddaughter of a former slave and youngest of 12 rose all the way to the U.S. House of Representatives. 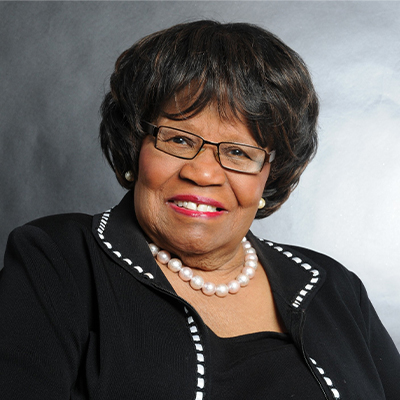 Blacks were banned from Florida graduate schools, so she went to the University of Michigan for graduate studies after graduating from Florida A&M in 1946.

She taught and coached basketball at Bethune-Cookman, a historically black college in Daytona Beach, and later at her alma mater. Once she entered politics, education remained a pet cause.

When she was 66, she won election in 1992 to the U.S. House and became one of the first African-American lawmakers to represent Florida in Congress since Reconstruction.

Meek didn’t wait until she was sworn in to make herself known. “She made her case to Speaker of the House Tom Foley and the other leadership,” said Eric Heberlig, a political science professor and Congressional scholar at UNC Charlotte. “She told them she was an experienced legislator and a solid Democratic vote and asked to be put on the powerful House Appropriations Committee. Freshmen rarely get that opportunity. It was a gutsy move.”

It wasn’t a power grab. It was for her constituents in Florida’s 17th district. Hurricane Andrew had devastated Dade County, and she helped secure $100 million in federal assistance to rebuild. “Her political savvy,” Heberlig said, “had an immediate payoff for her district.”

Appropriations is “a workhorse committee,” he said. “They’re doing the nuts and bolts work of government. They don’t typically write a lot of legislation; they work on spending requests.” Nevertheless, Meek co-authored a 1994 bill that increased Social Security benefits for domestic workers. “I was once a domestic worker,” she told The New York Times in 1993. So were her mother and sisters.

In 2002, Meek declined to seek certain re-election for a sixth term. “I wish I could say I was tired of Congress,” she told the Miami Herald. “I love it still. But at age 76, some of my abilities have diminished. I don’t have the same vigor I had at 65. I have the fire, but (not) the physical ability.”

Her youngest child, Kendrick Meek, won her seat in 2002 and became the second child to directly succeed his mother in Congress. “People don’t generally like the perception of politicians hoarding office after they retire,” Heberlig said. “Her district had confidence in her.”