Plan to convert 10,000-vehicle fleet to electric by 2030 is cleaner and saves on operating and maintenance costs

An engineer who works on grid reliability for Duke Energy, Hamilton drives a lot for work. In September 2019, he moved from a gas-powered car to a Duke Energy Mitsubishi Outlander plug-in hybrid and is pleased with the performance. Now, more employees at the company will be making the switch – Duke Energy announced it would convert most of its 10,000-vehicle fleet to electric by 2030. 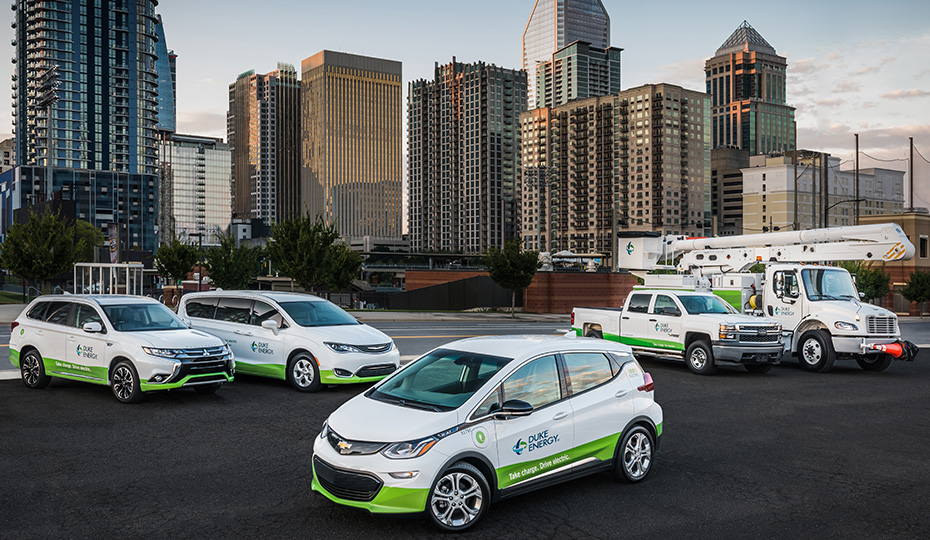 By converting its fleet, Duke Energy expects to cut CO2 emissions by 60,000 metric tons per year, and petroleum use by 10 million gallons per year by 2030.

The company will convert 100 percent of its nearly 4,000 light-duty vehicles such as sedans and SUVs to electric and 50 percent of its 6,000 medium-duty, heavy-duty and off-road vehicles such as pickups and bucket trucks to EVs, plug-in hybrids or other zero-carbon alternatives. It’s part of the company’s plan to reduce carbon emissions. Duke Energy has committed to net-zero carbon emissions from electric generation by 2050.

EVs are cleaner, quieter and less costly to operate and maintain than internal combustion engines. The company has 600 EVs and plug-in hybrids already and encourages EV use. 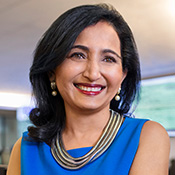 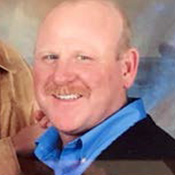 The commitment to convert the fleet shows the company is walking the talk, said Senior Vice President Swati Daji, who leads Customer Solutions and Strategies.

“We’re going to electrify by example,” she said, “so that we can create the momentum.”

Daji points to the company’s Park and Plug pilot in Florida to show the momentum. Duke Energy has installed 500 of its planned 530 charging stations, including 15 percent in low-income communities. Fast charging stations have been installed on U.S. Highway 27 near Kissimmee south to Sebring and on U.S. 98 connecting St. Petersburg to Tallahassee. When charging stations are installed, she said, the company noticed higher adoption of EV use in that region compared to the rest of the state. The company has asked regulators for similar pilots in Ohio and the Carolinas.

This is all part of a nationwide initiative by energy companies. Edison Electric Institute member companies have invested more than $1.3 billion on electric transportation. 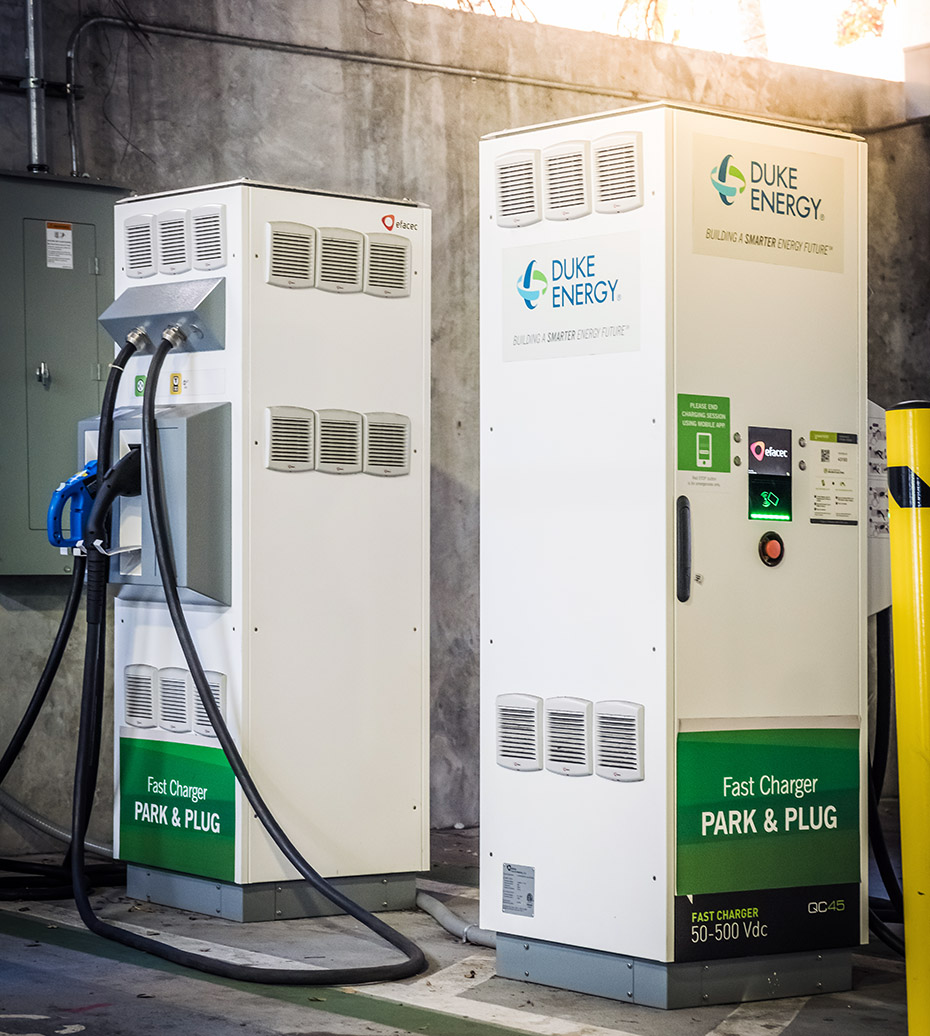 While there are plenty of EV sedans and SUVs to choose from, energy companies are waiting for manufacturers to bring medium-duty and heavy-duty vehicles to the market. Duke Energy anticipates buying EV pickup trucks from Lordstown Motors, and Ford has announced an all-electric F-150 by 2022. In the meantime, the company is installing power takeoff units on bucket trucks so crews can turn off the diesel engine and rely on electricity when operating the lift. That’s quieter when a crew is working in a neighborhood and saves on emissions and fuel costs.

As fleets reach the end of their lifetime or leases expire, they would be replaced with EVs. That includes forklifts, all-terrain vehicles and yard tractors. Safety and outage restoration goals would not be compromised through the conversion.

Duke Energy engineer Donald Hamilton, who’s based in Wilmington, N.C., is a believer in electrification. He bought a Tesla 3 in October 2018 and owns an 80-volt electric lawn mower, chain saw, weed eater and leaf blower.

To electrification skeptics, he says: “Cars are way further ahead than most people realize. Get in an electric vehicle. Try one out. And you’d be surprised.”