Duke Energy looks to HBCUs for diverse class of interns

As summer break ends, Duke Energy interns and co-ops are prepping for their fall semesters – many of them at Historically Black Colleges and Universities. This summer, Duke Energy hired eight interns from HBCUs.

Strengthening its relationships and recruiting strategy at HBCUs has been a priority for the company’s talent acquisition team since 2018, when Duke Energy was the first utility to sign the HBCU Partnership Challenge. Congress created the challenge to increase engagement between corporations and HBCUs. At the time, 13 companies had signed, including Intel, Lyft and Amazon. Now, more than 40 are committed. 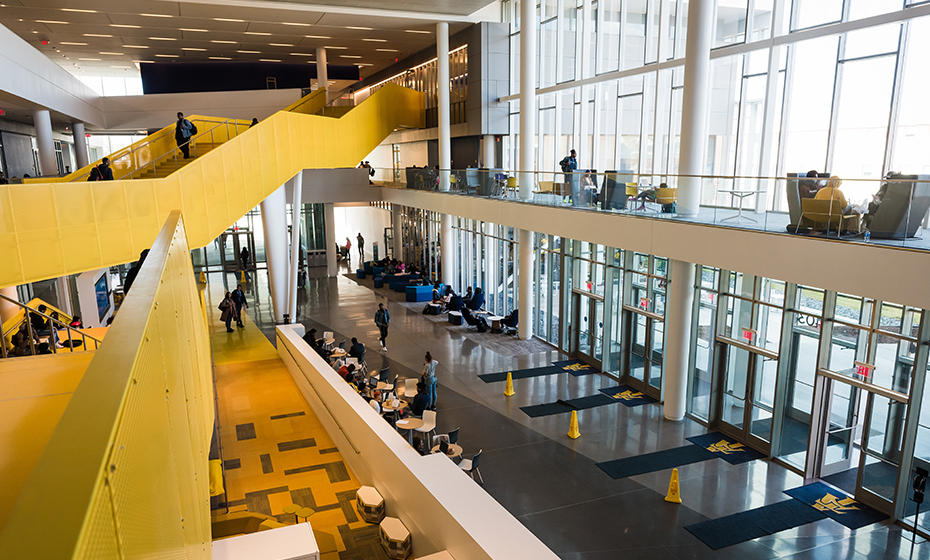 The student center at North Carolina A&T State University in Greensboro, N.C. The school has 23 engineering programs and is the top producer of African-American engineers in the United States.

Caitlin Sherrill, Duke Energy university relations manager, said Duke Energy has traditionally focused on schools in its service area with strong, accredited STEM programs like North Carolina State University, University of Florida, Purdue and Clemson universities. The company will still recruit at those schools, but recognizes the need to look for talent in new ways and will spend more time building relationships at 19 HBCUs with impressive STEM programs.

“We signed up for the HBCU Challenge because we’re committed to making a change,” Sherrill said. “It’s a companywide initiative all the way from our CEO Lynn Good that we need to hire more women and minorities.”

The company is also building an ambassador program where HBCU alumni can connect with students from their alma mater and attending national events like the Thurgood Marshall College Fund Leadership Institute held annually in Washington, D.C. to bring in students who might not know about Duke Energy.

The top juniors and seniors at HBCUs apply to earn an invitation to the Institute, where they can attend a job fair with employers like Facebook, Boeing and Walmart. Last October, Duke Energy attended for the first time and made nine internship offers.

Meet a few of this year’s interns who all have fully funded scholarships at their universities and two who found out about Duke Energy at the Institute. 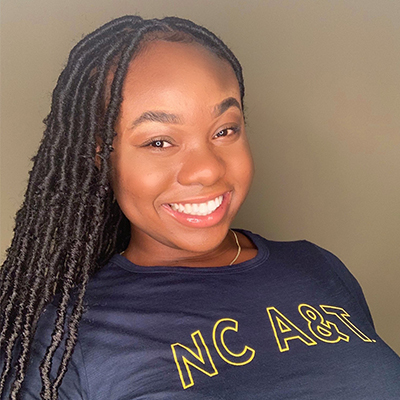 Smith, a sophomore and North Carolina Governor’s Program intern, spent the summer with Duke Energy’s information technology team learning how to troubleshoot hardware and software issues. But, because of social distancing, she had to do it remotely. She said it was challenging to do without seeing the person’s computer, but it helped strengthen her problem-solving skills. She plans to pursue software engineering after graduating in 2023 and thinks her experience at Duke Energy will be helpful in programming and creating applications. “Even if I don’t go into IT specifically,” Smith said, “I can see where those endeavors overlap.” 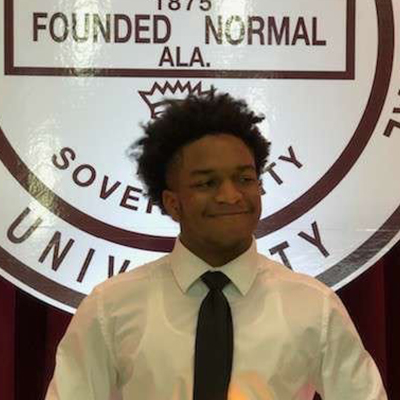 Davis is starting his junior year and said he is thankful he could complete his internship at Duke Energy during the pandemic. It was his first internship, and he worked remotely with the subdivision design engineering group. Davis found the opportunity at the Thurgood Marshall College Fund Leadership Institute – being from outside Duke Energy’s service area, he had never heard of the company but walked away from the conference with a goal of getting an internship offer. “They really set the bar high going forward,” Davis said. “My mentor Bryan Martin and Johrge Hinton have been two big influencers, helping me and giving me advice even for after this summer with being more focused on the end goal.” 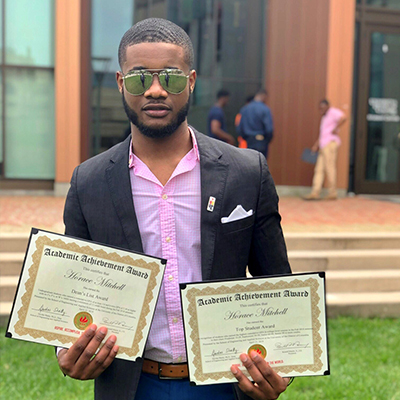 University of District of Columbia

Born in Jamaica and raised in New York, Mitchell spent much of his childhood at construction sites while his father worked. That inspired him to become a civil engineer. He had never heard of Duke Energy or considered a career in the energy industry until meeting the Duke Energy recruiters at the Thurgood Marshall College Fund Leadership Institute. This summer, he’s been based in Raleigh working with asset design on tasks like installing power poles in a way that reduces the need for tree trimming. “I want to work for Duke Energy after I graduate,” Mitchell said. “It’s amazing – the culture and family. What I have realized is, if you don’t know something, and you ask, even if that individual doesn’t know the answer, they will find it for you.”