Duke Energy Renewables engineer, one of thousands of veterans at the company, sets standards and helps his staff excel

If you watch engineer Sean Grier prepare for work travel, you might think he goes overboard. Grier and his four-person team maintain wind and solar facilities for Duke Energy Renewables, and before going to a plant in California or Texas or even North Carolina, Grier ships his clothes to the hotel. Then he rolls up paper copies of the plant designs (he doesn’t have to; they’re available digitally) and ships those too.

Grier ships whatever he needs to accomplish the job because he wants no unforeseen circumstance to keep him from troubleshooting and making repairs. 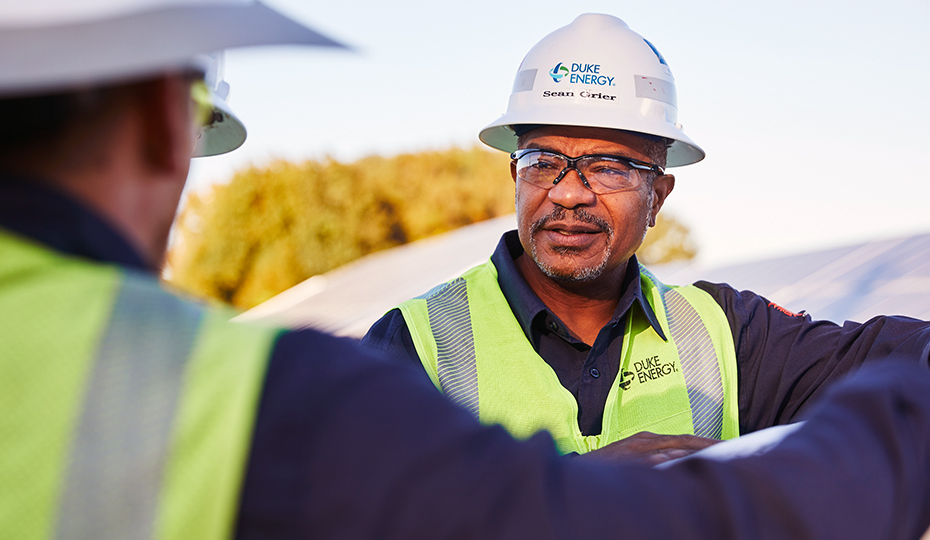 Sean Grier: "Whatever you do, do it to the best of your ability."

“Time is of the essence,” Grier said. “Who cares if you don’t have your luggage? You can still do the job.”

That’s not typical behavior, concedes Grier’s boss, Tom McNay, but it makes sense given Grier’s background, and it impresses Duke Energy’s customers. Grier came to the company after serving eight years in the Army, including tours in Saudi Arabia during Desert Storm and later Iraq.

“Some of this comes from military background in the field, not knowing what he’s going to find,” said McNay, general manager for engineering. “He keeps his own set of drawings for each facility.”

So, as Americans celebrate Veterans Day on Nov. 11, honoring those who have served in the U.S. armed forces, Duke Energy will honor veterans not only for their service, but also for what they bring to post-military careers. 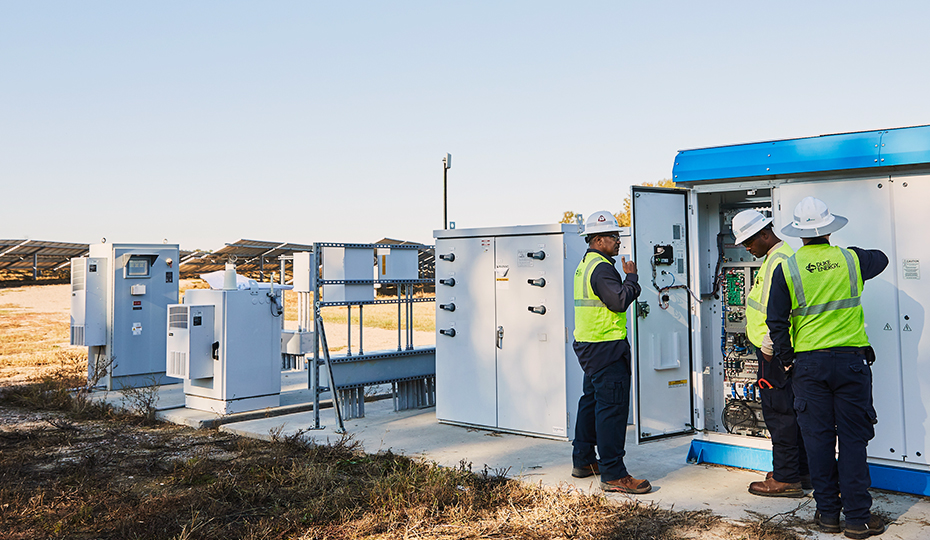 Sean Grier and team at the Longfarm solar installation in Garysburg, N.C.

More than 2,000 veterans work for Duke Energy, said Bennie Anderson, lead military recruiter and a 31-year Army veteran. “Our military behaviors align with the values of Duke Energy. They’re both mission-driven and customer service-oriented.” Both also demand teamwork and safety. “We start any mission with a safety focus.”

Military service taught Grier “attention to detail. Whatever you do, do it to the best of your ability. Never accept mediocre. … It’s gotten me this far.”

“This far” is a long way for Grier, who was born in Jamaica. By age 22 he was a high school graduate and a U.S. resident alien working at a bank in New York City. The job wasn’t for him. “Every time I got off the train on Wall Street, I would pass the Army recruiting station.”

With a friend’s encouragement, Grier took the tests, scored well and enlisted. Basic training led to a Patriot missile battalion in New Mexico, and that led to Saudi Arabia and Iraq. At that time the Army also provided a path to citizenship, which Grier achieved in 1992.

Grier could have quit at that point, but he saw more opportunity and reenlisted. More Army tests. More high scores. He was accepted into the Army Corps of Engineers, where he trained in power generation and later helped supply power for the State Department, both for wartime and peacetime activities in foreign countries. For example, the Corps can provide generators on rail cars, barges or 18-wheelers. 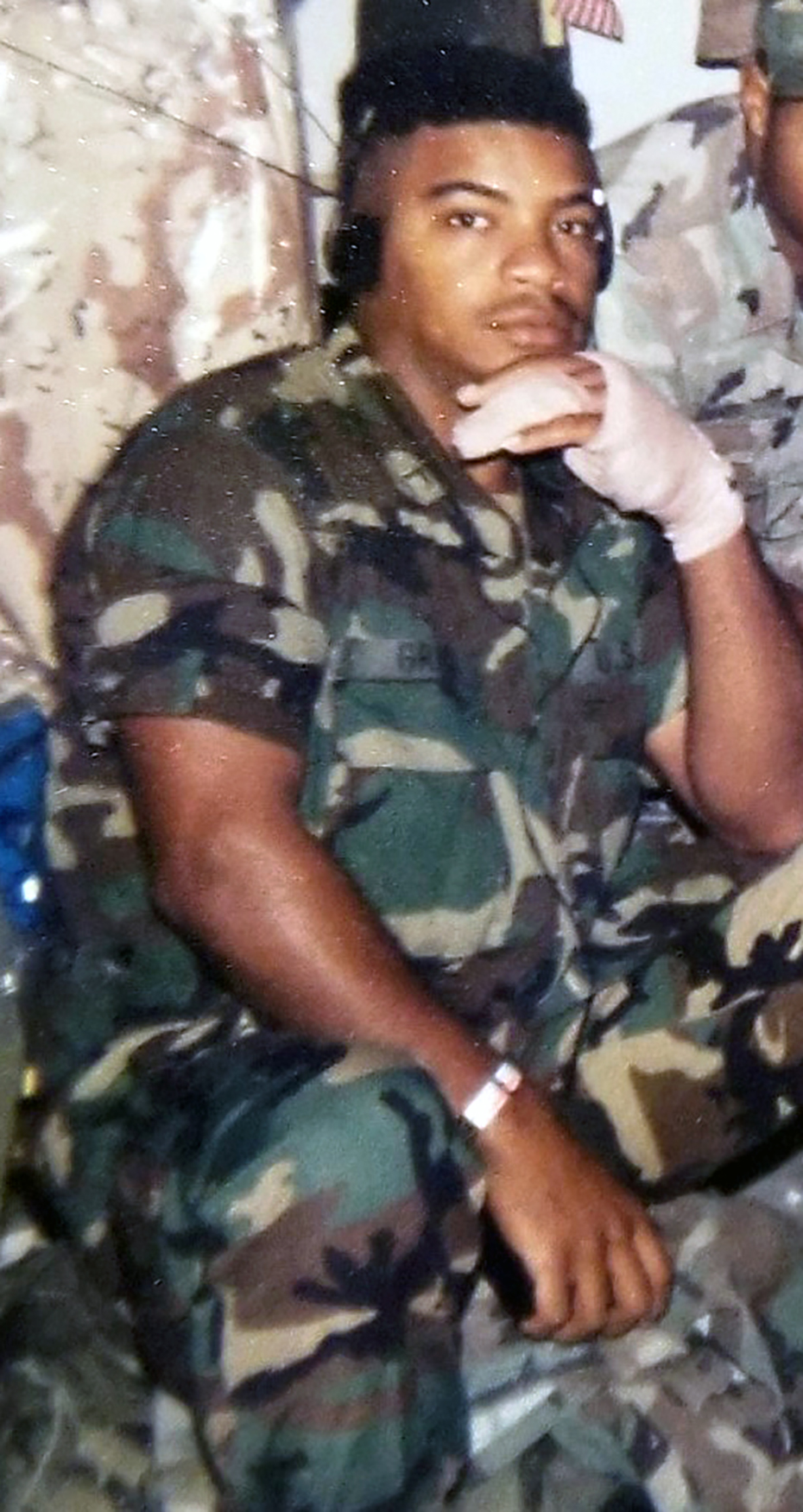 Along the way, Grier completed two college degrees, one in actuarial math and one in electrical engineering, at George Mason University. He left the Army in 1997 as a sergeant. The master’s degree from Gonzaga University came later.

“Basically,” Grier said, “you prepare for what you have to do.”

Those who work with him know he means it. Grier, hired by predecessor company Cinergy in the months following the 9/11 terrorist attacks, makes it his job to provide extra training on his own time to young engineers on his team. He tells them, “If you want to learn extra about power, then make yourself available, and I will give you the notes that I acquired from my mentor.” Using his own college texts, he prepares homework assignments for them.

“We’re all enrolled in master’s programs because he pushed us to do it,” said engineer Caleb Fisher, who came to work for Grier in 2018.

“He’s no nonsense,” Fisher said. “He doesn’t like the word, ‘I think.’ He says, ‘You either know it or you don’t.’ Not everybody can handle his expectations.”

But Fisher respects Grier’s demands. “You’re only doing it for yourself. He’s helping you.”

The U.S. Department of Labor has awarded Duke Energy the 2019 Gold HIRE Vets Medallion Award for its leadership in recruiting, employing, and retaining veterans.