Collin Humphrey was only 17 when it happened.

A car wreck paralyzed him, so Humphrey did what a lot of people with disabilities do. He adapted his physical condition to the physical environment and moved forward. 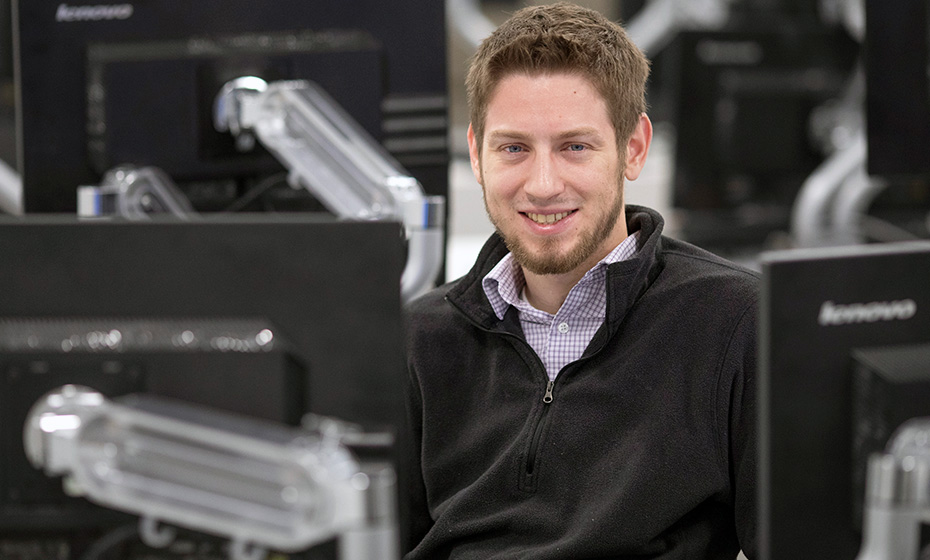 “After my car accident, I had two options – give up or get motivated to achieve what I was told was the impossible,” he said. “I quickly learned that giving up was not a possibility when you want something bad enough.”

Today, he is a Duke Energy customer service representative in the service installation department in Cincinnati. The company is committed to diversity and inclusion in hiring and staff development, including people with disabilities. During National Disability Employment Awareness Month in October, Duke Energy and other companies recognize the contributions of employees like Humphrey and others living with disabilities.

Driving too fast on a back road at night in March 2013 in his hometown of Alexandria, Ky., Humphrey slammed his car into a tree. He had a broken neck. He couldn’t move or feel anything from the chest down. His friend and wrestling teammate, who was a passenger, walked away unharmed.

Doctors told Humphrey he would never walk or be independent again. They said he would be on a ventilator for the rest of his life. 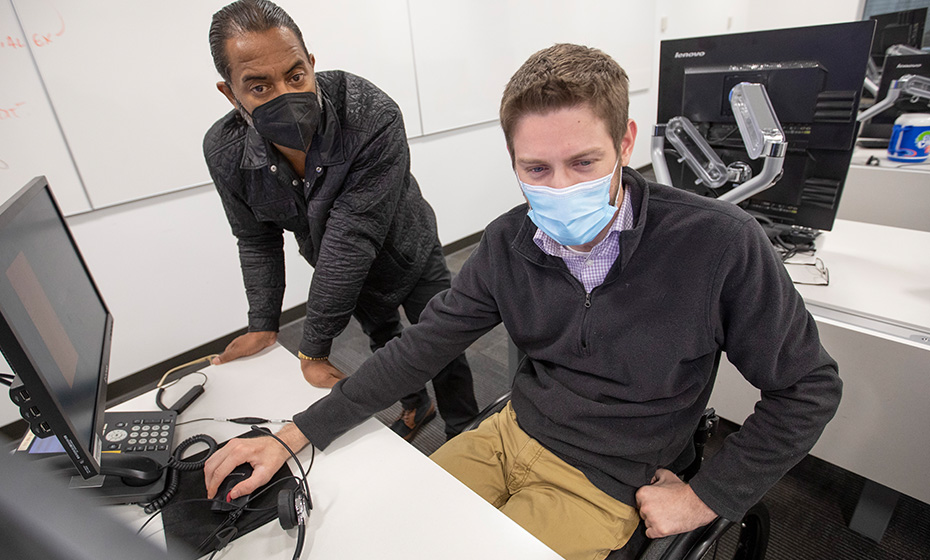 “Collin embodies a spirit of resilience that has allowed him to pursue his dreams and goals,” said Sara Jackson, Humphrey’s manager.

After years of physical and occupational therapy along with an endless supply of motivation and determination, Humphrey regained feeling and mobility. He began to stand with a walker and then took steps with it. Each day he got stronger.

Since that Saturday night in March eight years ago, Humphrey has graduated from high school, received a bachelor’s degree in psychology from Thomas More University in Crestview Hills, Ky., learned how to drive and begun a career at Duke Energy.

“There really was nothing that stopped me, so I just kind of overcame everything,” Humphrey said.

While in college, Humphrey’s goal was to become a rehabilitation psychologist to help children who had spinal cord injuries. Deciding to put graduate school on hold, he began searching for jobs when his mother heard Duke Energy was hiring customer service representatives.

“I applied without knowing what to expect and not having high hopes on landing the job,” he said. “Little did I know I would be offered a job in the initial interview. It was a very exciting moment, and I’ll never forget that feeling of ‘I did it’ after the interview.”

About Duke Energy's commitment to diversity, equity and inclusion.

At Duke Energy, the employee resource group (ERG) disABILITY Outreach & Inclusion Team (DO-IT!) is one of eight ERGs formed around diversity. DO-IT! empowers people with disabilities to feel valued and included at work and in their communities. DO-IT! focuses on disability awareness through education, networking, community and outreach to support the company’s efforts to attract, develop and retain a diverse workforce.

“Collin embodies a spirit of resilience that has allowed him to pursue his dreams and goals,” said Sara Jackson, his Duke Energy manager. “He brings this very same spirit to work with him every day, so it is no surprise that after working with the company for only five months, he was awarded the opportunity to serve in a developmental opportunity.”

Every disability is different, just like there are differences in diversity. Some people have impairments that are visible while others are not, such as dyslexia, ADHD or other neurological conditions. All require people to be open, receptive and welcoming.

“Getting to assist and help customers on a daily basis is a feeling that is hard to describe,” Humphrey said. “I am excited to see where this journey takes me and continue helping others every day.”