Charley Winterbauer tramped through a pine savanna north of Wilmington, N.C., in search of a small songbird called the Indigo Bunting. Instead, he discovered another marvel of nature.

Growing at his feet beneath the pines were hundreds of Venus flytraps, an exotic carnivorous plant native only to a 100-mile stretch of Carolinas coast. 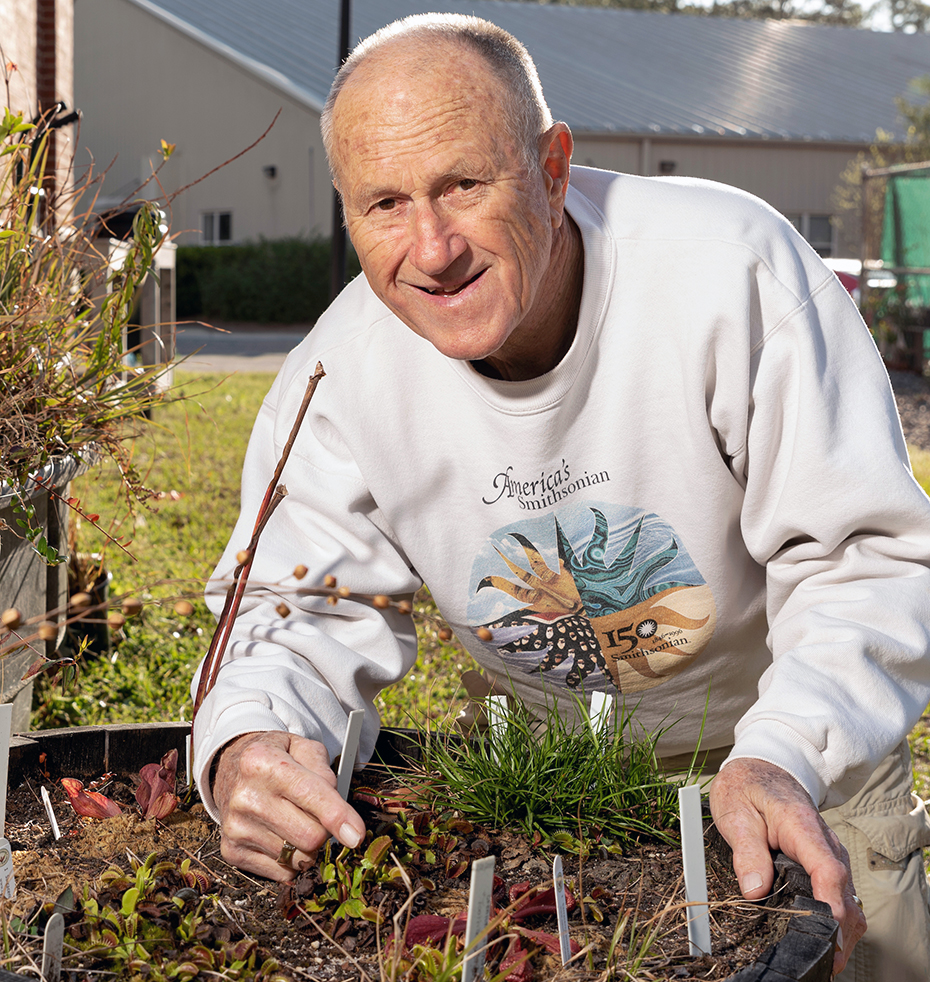 “I just about lost my mind,” said Winterbauer, co-chair of the Southeastern Coastal Chapter of the N.C. Native Plant Society and past president of the Cape Fear Audubon Society. “I totally forgot about the Indigo Bunting.”

The unusual perennials (Dionaea muscipula) have hinged lobes at the ends of their leaves. When insects and spiders come into contact with tiny trigger hairs inside the lobes, the lobes snap shut. The plants digest their captured prey for food. In 1763, Arthur Dobbs, then governor of North Carolina, is said to have provided the first written account of the Venus flytrap, describing it as “the great wonder of the vegetable world” with “an iron spring fox trap.”

Once abundant in southeastern North Carolina and northeastern South Carolina, the flytrap’s numbers have declined because of illegal poaching and extensive development. Although the Venus flytrap is not a federally listed threatened or endangered species, it is considered an at-risk species. Biologists, botanists and plant conservationists have petitioned the U.S. Fish and Wildlife Service to grant the plant endangered species protection. 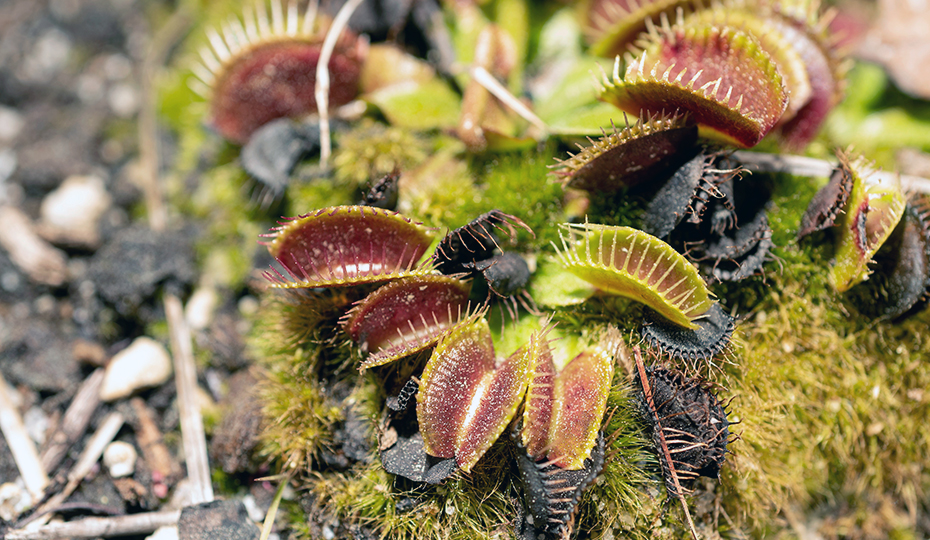 Winterbauer felt protective of the tiny plants hidden in plain sight on a 20-acre lot between two busy roads. Over the years, there was talk of developing the land, which concerned Winterbauer, but nothing ever came of it.

Then one day, he learned Duke Energy had bought the land for its new Porters Neck substation and transmission line. Before construction, the utility would move the flytraps to a safe place outside the construction zone.

“We were trying to be good environmental stewards,” said Gail Tyner, a Duke Energy project manager and the environmental permitting specialist for the substation project. “The Venus flytrap isn’t technically federally protected at this time, but the U.S. Fish and Wildlife Service mentioned that the service might be ‘petitioned’ to list the species in the near future. So we went ahead and moved the plants out of the work area.”

Field biologists identified 478 flytraps while undertaking federal protected species surveys of the construction zone in August 2018. Because North Carolina laws regulate relocation of flytraps, Tyner said, the biologists transplanted them to a nearby area on Duke Energy’s property but outside the construction boundaries. Other flytraps were already growing in the transplant area. All told, there are now an estimated 573 Venus flytraps there.

During the protected species surveys, biologists also identified dozens of other native plants in the construction zone, which Duke Energy donated to the Southeastern Coastal Chapter of the N.C. Native Plant Society.

The native plant group, in turn, donated many of those plants to the Kresge Greenhouse at the University of North Carolina-Wilmington, Winterbauer said.  Although the public can no longer visit the Venus flytraps, biologists have reported to Duke Energy that they appear to be thriving.

How do Venus flytraps trap insects? Find out how they live and grow at this link.