A floating carpet of weed native to South America hugs the shoreline of a quiet cove along the South Fork arm of Lake Wylie, N.C., roots firmly set beneath the shallow water, narrow leaves and white clover-like flowers preening above.

Although picturesque from a distance, the invasive alligatorweed not only threatens the health of the cove but the waters downstream. 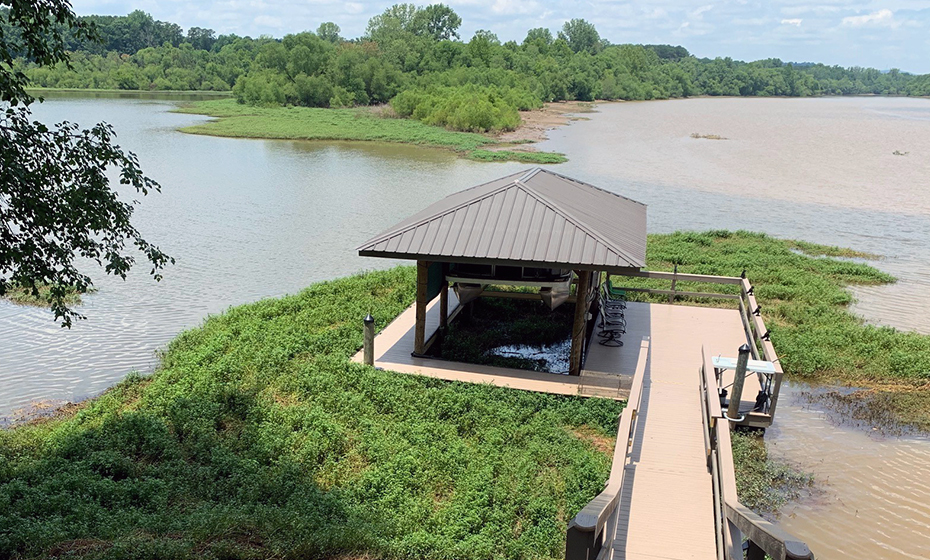 Hoping to rid the lake of the noxious species, Eryn Molloy and Brandon Jones stepped gingerly into the water and into the sprawling mass of vegetation.

“One, two,” Molloy called out.

Side-by-side they pushed through the alligatorweed, two steps at a time, sinking up to their knees in places. After each two steps, they stopped and, like farmers sowing seeds into a field, dropped handfuls of tiny insects from South America called alligatorweed thrips.

Think of it as one non-native species brought in to destroy another.

First introduced into the Catawba-Wateree River system in the early 1980s, alligatorweed now covers about 100 acres, most of it in Crowders Creek, Catawba Creek and the South Fork arm of the lake. It also has been found in Fishing Creek Reservoir and Lake Wateree in South Carolina. 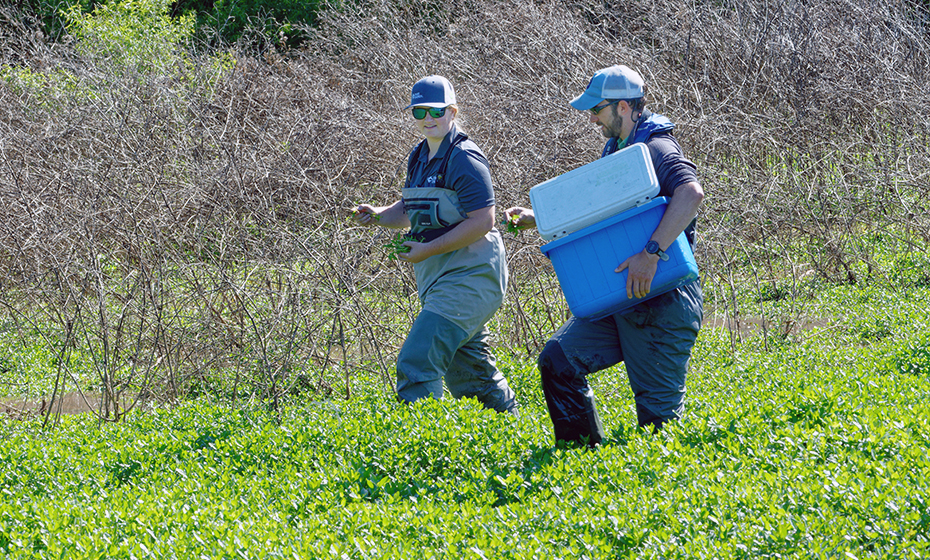 High water can dislodge the plants, sending mats up to the size of an acre downstream, making navigation hazardous, clogging intakes for water and hydropower production, and crowding out native plants.

“It can outcompete any native plant because it doesn’t have natural checks and balances,” said Brett Hartis, a lead environmental scientist at Duke Energy. “It also increases sedimentation. It’s got an unfair advantage here.”

There are no natural ways to control alligatorweed. Efforts using alligatorweed flea beetles, also native to South America, failed because the beetles can’t survive North Carolina’s cold winters. But on the New River in eastern North Carolina, the more cold-tolerant alligatorweed thrip has shown promise. The thrips feed only on alligatorweed and are therefore not a danger to human or biological health. 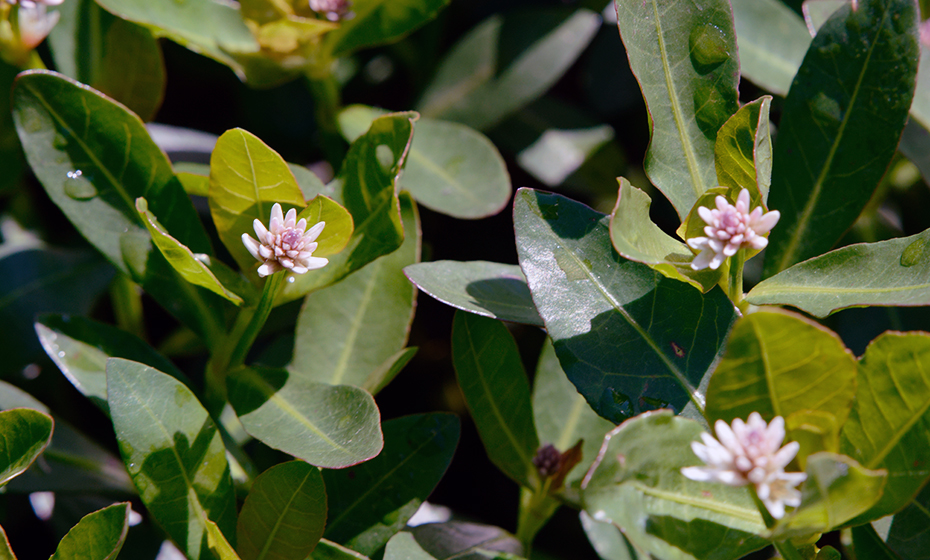 A closeup of alligatorweed on Lake Wylie south of Belmont, N.C. Thrips, which eat the plant, spend their entire lifecycle on the plant.

Hartis, Molloy and Jones drove to the river near Jacksonville, N.C., and harvested bits and pieces of alligatorweed that had the telltale discolored and curled leaves of a thrips infestation. They had no way of knowing how many insects lay hidden in the leaves they gathered. The largest thrips are female, about 2 millimeters long (as long as a nickel is thick).

The following day, step by step, Molloy and Jones scattered the cuttings – and hopefully thousands of thrips – into the mass of alligatorweed in Lake Wylie. Each month, volunteers will monitor the progress of the weed – and the thrips, which average 200 eggs in a four-month life span.

“This is not a few months’ fix,” Hartis said. “This is not even a few years’ fix. This is going to take a while for a whole lake.”

“This is such a new practice,” Jones said. “It’s all very experimental.” 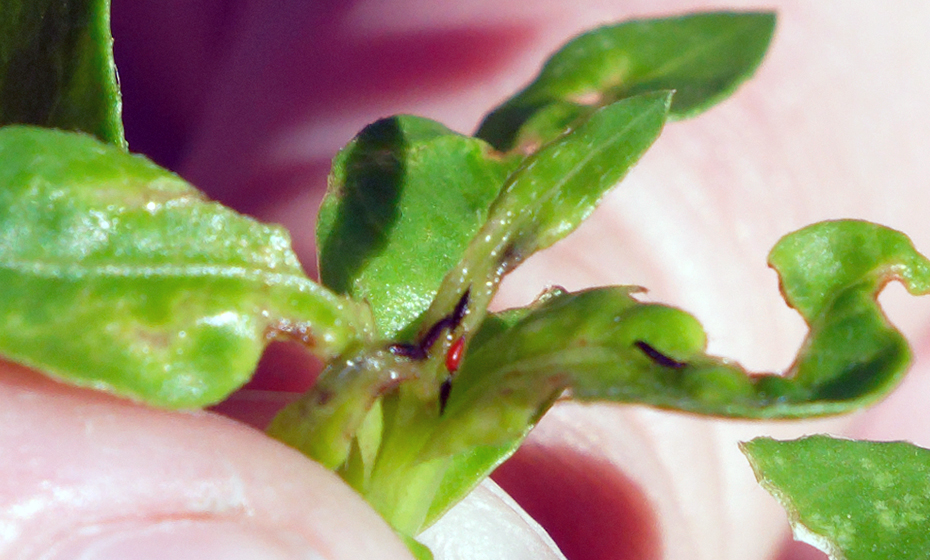 The largest thrip are female, about 2 millimeters long. Thrip live in the stem of the alligatorweed at center. Juvenile thrip are bright red and as they mature turn dark.

“We couldn’t have done this on our own without the extensive networking in the community and volunteers available through the Catawba Riverkeeper,” Hartis said. “They really make this project happen.”

Alligatorweed is one of a number of invasive aquatic plants found in the Catawba-Wateree system. Others include hydrilla and Brazilian elodea, parrotfeather and water hyacinth and creeping water primrose. Scientists suspect the alligatorweed came to the United States about 100 years ago in the ballast water of ships.

Since then, it has been an ever-growing threat.