A lifetime of building pays off for this engineer

Jeff Peet was always interested in construction but pursued engineering instead. This Florida plant allowed him to do both. 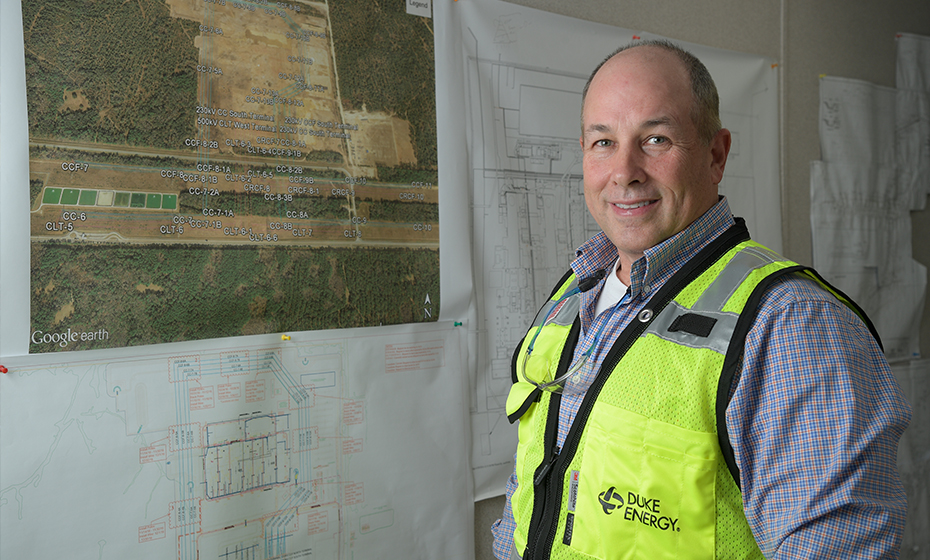 Jeff Peet in front of an aerial photo of the 400-acre site before construction started on the Citrus Combined Cycle Station.

Nearly 30 years after joining Duke Energy as an engineer, Jeff Peet finally reached his dream of working on a construction project. He’s the lead project engineer on the Citrus Combined Cycle Station near Crystal River, Fla.

When he was growing up in St. Petersburg, his dad would bring him to jobs at construction sites around Florida, and Peet was fascinated by the work. He loved building things like tree houses in the backyard and figuring out how things worked. He would look at drawings or machines and imagine how they would move or what they would look like from any angle. As he got older, his high school teachers noticed his knack for mechanics and encouraged him to take an engineering aptitude test.

Peet never thought about how easy it was for him to understand how things work, so he was surprised when he scored in the 99th percentile on the mechanical ability portion of the test.

“When you’re growing up,” he said, “you think everybody is the same and understands.” 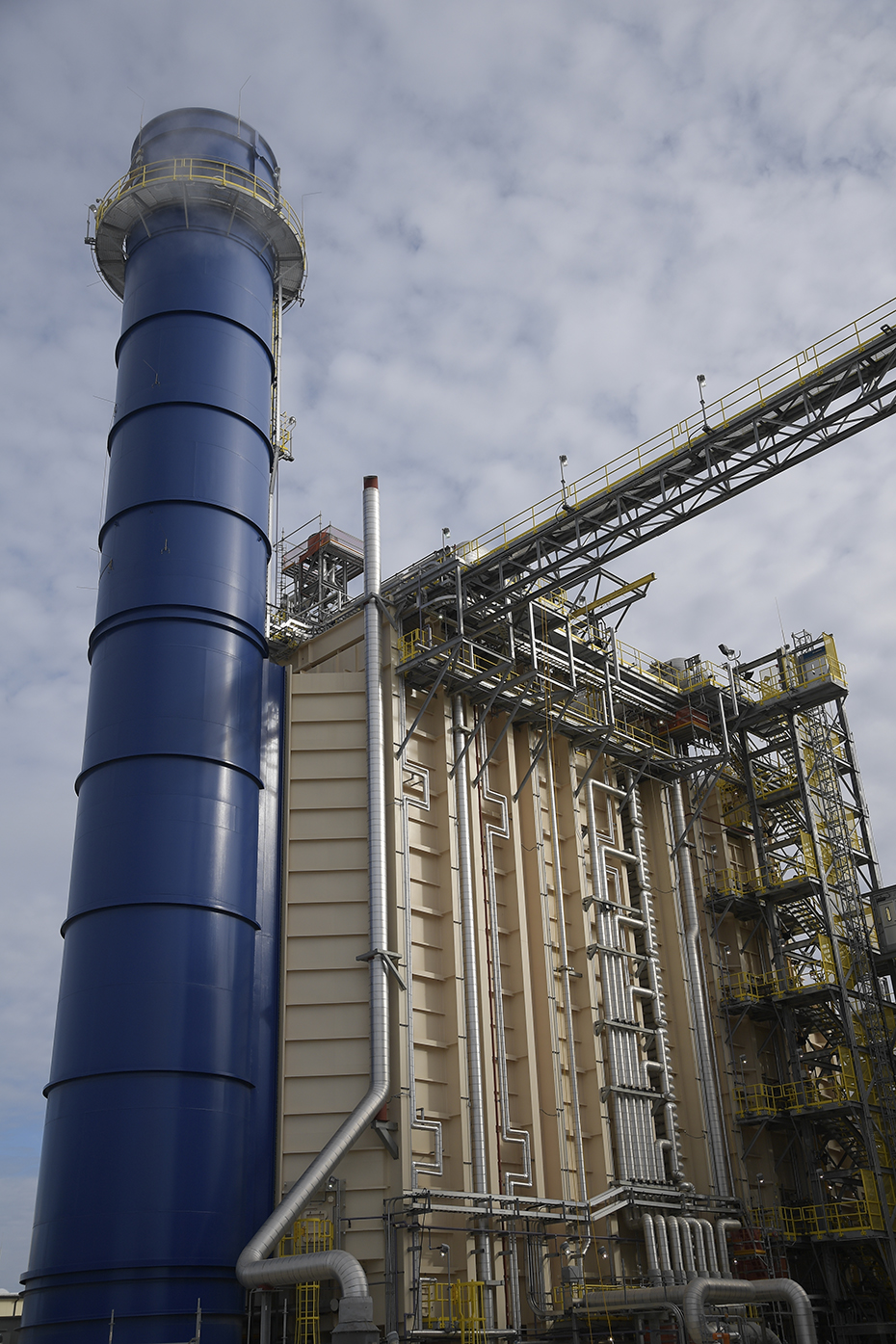 This is part of two identical power blocks that make up the station.

Engineering seemed like a good career, so he went to the University of Florida where he balanced challenging courses with some time on the football team and several summers as an engineering intern for Florida Power Corp., a legacy Duke Energy company.

After graduating with a degree in civil/structural and mechanical engineering in 1986, Peet joined Florida Power. He worked in a variety of engineering disciplines– nuclear operations, maintenance, major projects, design and system engineering – before moving to the Citrus Combined Cycle project in 2014.

As the lead project engineer, his experience is useful because he coordinates all engineering functions on the project. He’s been involved since the beginning of the project when it was just an artist rendering. After two years of planning and two years of construction, the plant started producing power last fall. It generates more than 1,640 megawatts of energy – enough to power about 1.3 million homes. 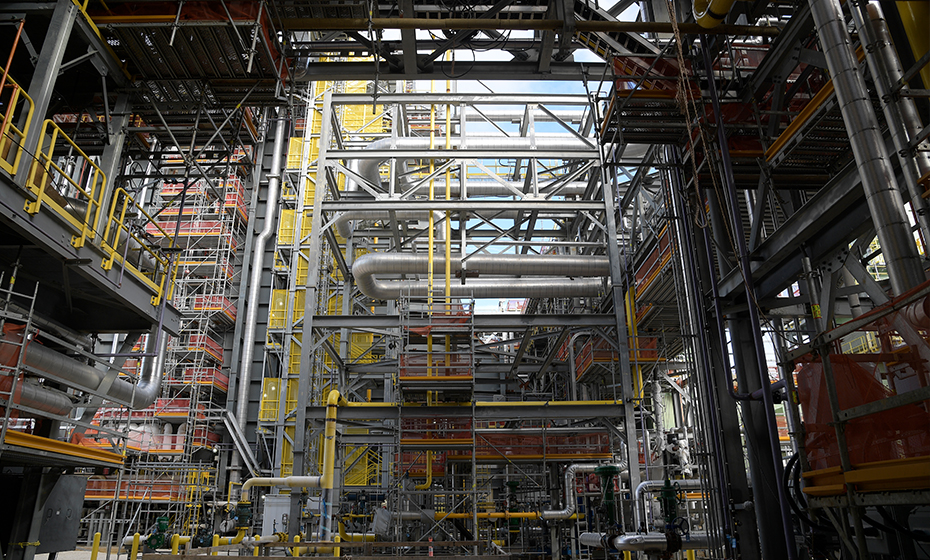 Inside the plant, a maze of pipes and cables make power production possible.

It’s more efficient than other natural gas plant designs because it captures heat from the exhaust and uses it to spin a second generator that produces more electricity and reduces waste.

Towering over each of the two power blocks is a 180-foot-tall royal blue exhaust stack. From the ground to about 120 feet up, a maze of pipes and cables are intricately arranged to move air, natural gas, heat and steam from start to finish.

Peet’s ability to understand how things work comes in handy with such complex machines. Now that the plant is running, he and the rest of the crew are performance testing to ensure the plant is producing the right amount of energy and all the parts are working as designed. 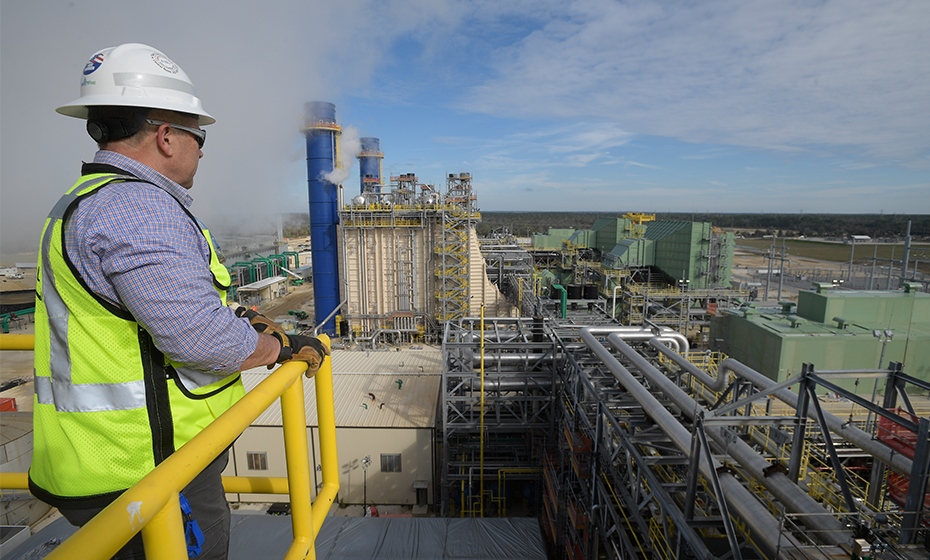 With just the finishing touches left, Peet said he knows he’ll still be building in his spare time. He has plans to help oversee construction of a small hospital in Haiti with his church. He’ll also lead a church workcamp for the 12th summer in a row where students will learn to repair homes and build ramps for the elderly and those with disabilities. At Duke Energy, he’s not sure what’s next, but he’s realized that the right jobs seem to find him.

1. Combustion turbine: A combustion turbine operates like a jet engine, drawing in and compressing outside air to a high pressure. The pressurized air mixes with natural gas then burns, creating hot exhaust gases. These gases power a combustion turbine, spin a generator and ultimately make energy.

2. Heat recovery steam generator: The heat recovery steam generator captures heat from the hot exhaust gases and produces steam to rotate another generator. Combined-cycle technology is highly efficient because of this system. Without it, all of the heat from the hot exhaust gases would be wasted and released to the atmosphere instead of captured and used to make additional energy.

3. Stack: The heat recovery steam generator releases exhaust gases through the stack at a highly reduced temperature thanks to the heat recovery system. Emissions are expected to drop by 90 percent in comparison to the operation at Crystal River coal-fired units 1 and 2.

5. Cooling tower: The cooling tower reduces the temperature of the water used in the plant’s systems before returning it to the discharge canal that flows into the Gulf of Mexico.